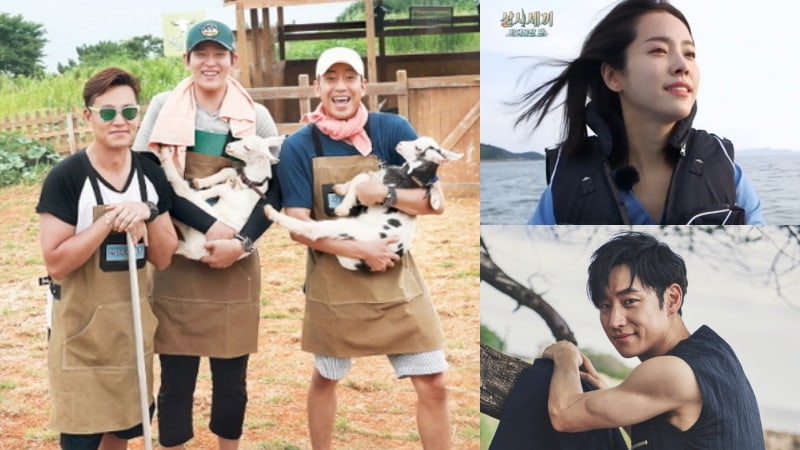 “Three Meals a Day” has returned and has already captivated viewers with its first episode.

The show premiered on August 4 at 9:50 p.m. KST and scored an average viewership rating of 10.6 percent. The episode peaked at 13.3 percent in real-time ratings, making the show the most-watched show of its time slot including the big 3 channels (KBS, SBS, MBC).

“Three Meals a Day” also had average ratings of 6.4 percent and peaked at 8 percent for its target audience of people in their twenties to forties, making it the most-watched program in that age bracket as well. 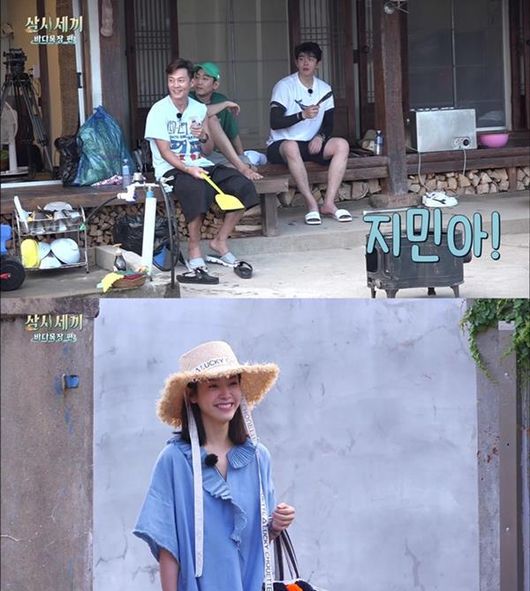 The first episode followed Eric, Lee Seo Jin, and Yoon Kyun Sang as they returned to Deukryangdo. Not only did they enjoy upgrades to their living quarters, including a fridge to store food during the summer, but they were also greeted by a familiar face as Jackson the goat returned with her family. The trio was informed that they would be running a seaside farm this season, and would be expressing their gratitude to the local residents for allowing them to film on the island by sharing the goat milk they will produce on the farm.

Actress Han Ji Min also appeared as the season’s first guest. Not only did she keep the conversation lively while everyone prepared their next meal, she even got Lee Seo Jin up and cooking, something that he admitted to rarely doing. Already close friends with Lee Seo Jin and Eric, viewers will be interested in seeing how she bonds with the youngest member Yoon Kyun Sang and his cats. 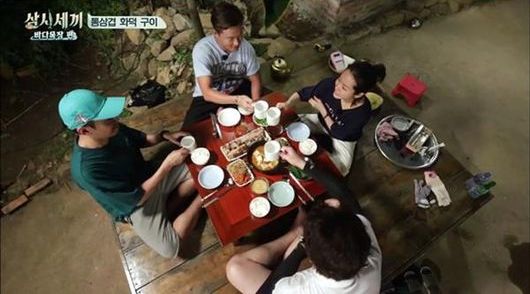 It has also been confirmed that the next guest will be actor Lee Je Hoon. His agency stated, “It’s true that Lee Je Hoon will be appearing on ‘Three Meals a Day’ as a guest. He finished filming his portion of the show in late July.” Viewers will watch as the dynamics shift between the trio as new guests continue to appear on the show and share the experience of living on Deukryangdo.