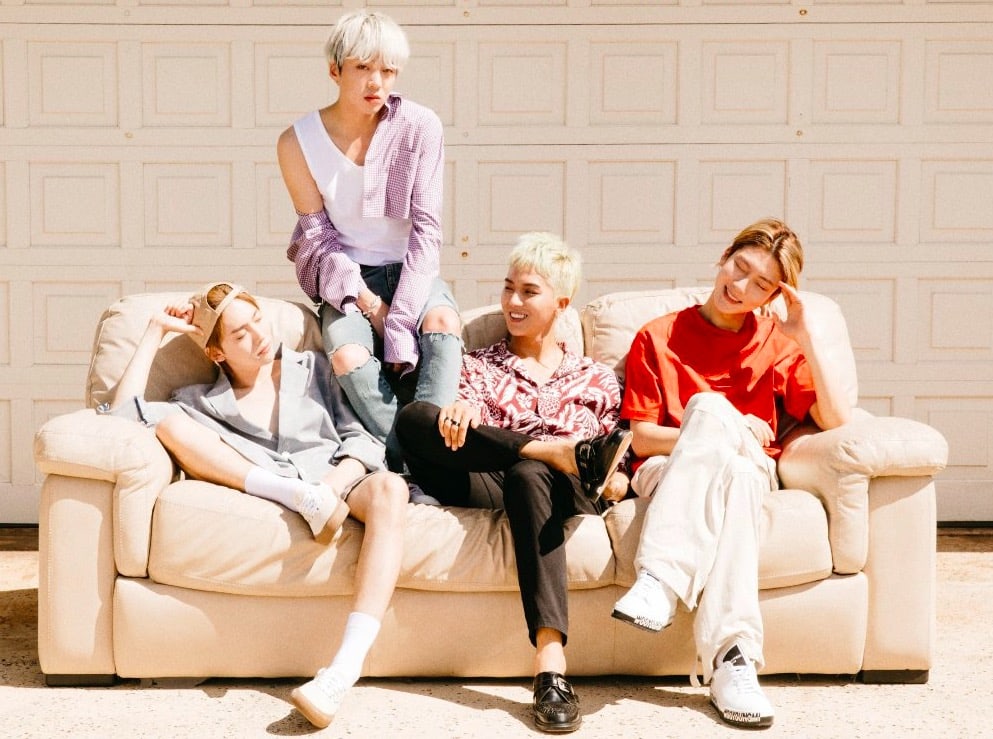 WINNER, who just returned for a comeback after four months, held a V Live broadcast on August 5.

During the episode, they shared that filming outdoors for their music video wasn’t easy. Kang Seung Yoon said, “WINNER is famous for bringing rain with us everywhere. It always rains whenever we shoot, and it was the same in Hawaii, where we shot the music video.”

Lee Seung Hoon added, “The weather forecast would say that it won’t rain, but it would keep raining and stopping. It was especially so when I was filming my individual scenes. Whenever I climbed anywhere, it would start raining. I had to just film while it was raining because of that.”

Kim Jin Woo shared, “I got scratched by poison ivy during the shoot. I still have the marks. It’s not itchy though.” Kang Seung Yoon reassured fans by saying, “Since it was summer, we were wearing short sleeves and pants, and got in contact with a lot of the plants. But don’t worry, because it’s getting a lot better.”