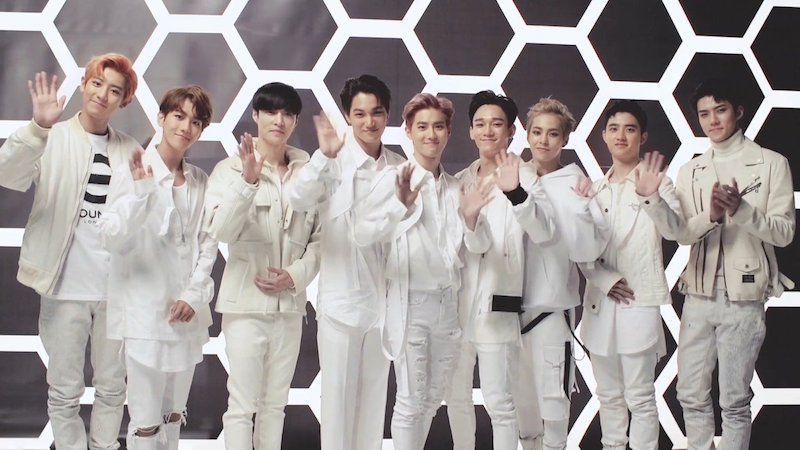 While they could not be together, all nine members of EXO celebrated another special anniversary on August 5.

Three years ago, on August 5, 2014, the group’s fans were officially given the name, “EXO-L.” For their fans’ “third birthday” this year, EXO shared a series of videos.

In the first clip uploaded by member Sehun, eight of the members sing “happy birthday,” before Baekhyun jokes that “it feels like yesterday you guys born…because it was yesterday.” Sehun comments, “You’re younger than me,” while Chanyeol says, “We want to celebrate your 30th, 300th, and 3000th birthday also.” While the video seemingly ended with leader Suho thanking and congratulating fans, the group still had more planned.

The next clip was shared by Chanyeol, and began with Suho saying, “You thought it was over, didn’t you?” The members begin to send their sentiments one by one, as Kai starts by expressing, “Congrats on becoming three years old, and I hope we can continue together for a long time.” D.O. also adds, “Happy birthday.”

Baekhyun revealed the final clip (to this series), where the remaining members who had yet to say something spoke up. Baekhyun starts out by asking if they liked their title track, “Ko Ko Bop,” and says congratulations after joking about the response to his (previous) mullet hair. D.O. also adds more to his original message, and expresses, “I hope everyone will continue to be healthy.” Chen comments, “Thank you for the last three years, and please continue to be happy,” while Xiumin amusingly says, “EXO-Ls, you all are three years old now, right? We’re five years old. Call us oppa.”

While he couldn’t be with his fellow members due to various reasons, Lay also thanked and congratulated fans on their “third birthday,” and shared a special self-composition.

Prior to the videos, Suho had also posted a message on EXO’s fanboard that read, “Happy birthday EXO-L!! To think that it’s already your third anniversary…Of course EXO-Ls are the best. I’ll become someone who professionally loves fans, who proves it through actions and not just words. I love you.” 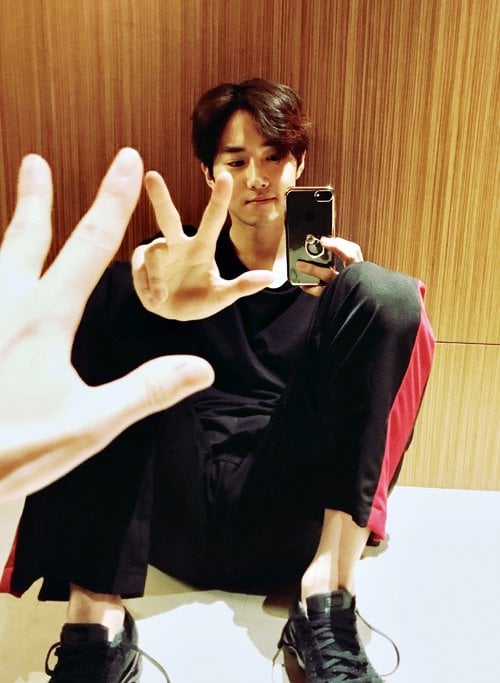 In one final video released through the group’s official Twitter account, the members reiterate similar messages to what they said earlier, as they express their love by thanking fans for their support and saying that they’re “the best.”