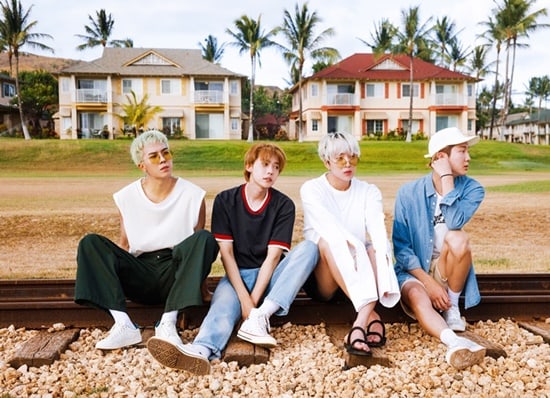 WINNER Talks About Their Hopes For The Future

After making their second hit comeback this year, WINNER has talked about what they’d like to do in the future.

On August 4, WINNER returned by releasing their new single album “Our Twenty For,” only four months after their last comeback. The next day, the guys hung out with fans on Naver’s V Live and talked about their new songs and hopes for the future.

During the show, Kim Jin Woo said, “It’s so great to be making a comeback after only four months. I want to be really active with our promotions.”

“I want to come back again in December,” he added.

When talking about which of their two new tracks they like the most, Song Mino said, “My mom liked ‘ISLAND’ more. She said, ‘Son, this is my style.’ I really liked ‘LOVE ME LOVE ME.’”

Kang Seung Yoon said he liked both songs, and added, “I didn’t want to put one track above the other, but rather place them side by side.”

The guys also played acoustic versions of “LOVE ME LOVE ME” and “ISLAND” during the show. When fans asked them to release them as songs, Kang Seung Yoon said, “Yang Hyun Suk listens to what Inner Circle says.”

Song Mino showed that his wish list items included getting taller, buying a house, buying a car, earning 10 billion won (approximately $8,800,000), and releasing an epic album. Kang Seung Yoon said he wants WINNER to be a huge success, do a world tour, become a relaxed person, put out a full solo album, go on an overseas trip, and more. 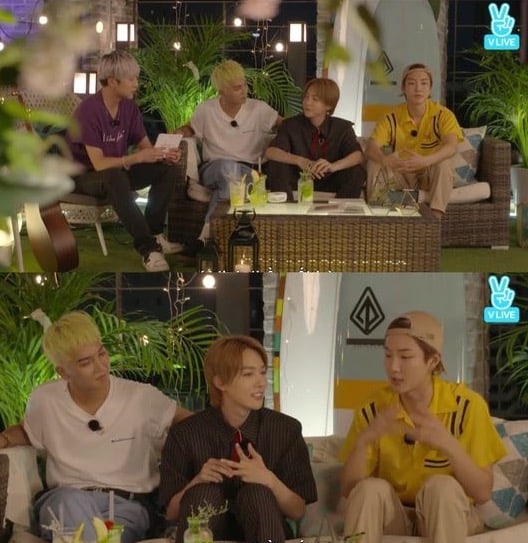