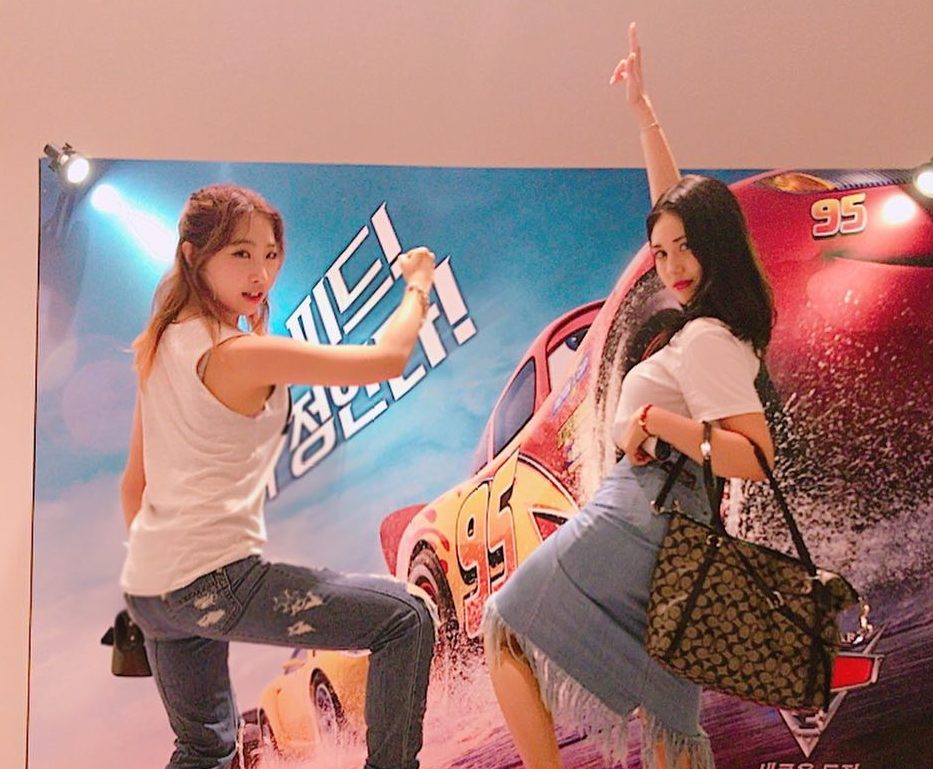 Gong Minzy and Jeon Somi recently shared a glimpse of their outing with photos and video that prove they’re a perfect match as friends!

On August 5, Gong Minzy shared a photo of herself and Jeon Somi from a Pixar exhibition in Seoul, sharing her love for Jeon Somi in the caption. She also posted a photo of the pair taken through the window of a restaurant, and wrote, “I wish I had a girlfriend like this” while including the hashtag “lovestagram.”

Jeon Somi also took to Instagram to share videos and photos from their time together, calling Gong Minzy her best friend and her love. She explained in the caption that the funny first video is of the pair “playing the piano with the music in the restaurant.”

She also added at the end, “Successful fan Somi.”

Jeon Somi and Gong Minzy became friends when appearing together on “Sister’s Slam Dunk Season 2,” and Jeon Somi has previously talked about how meaningful it was to get to become friends with her role model Gong Minzy.