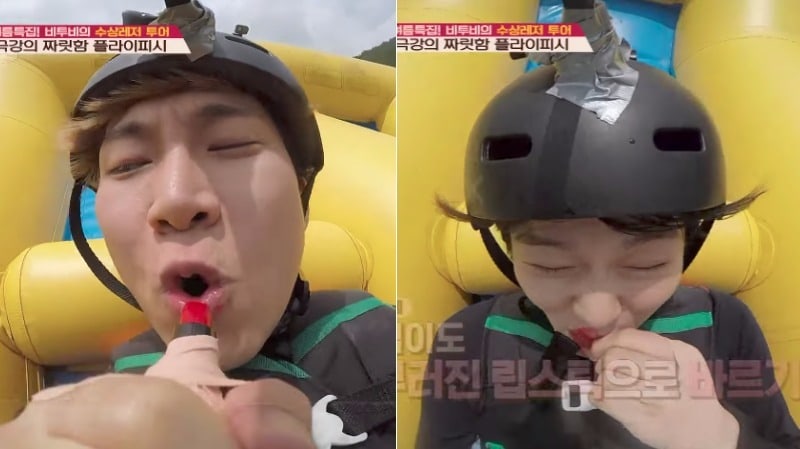 A couple of the BTOB members try their hand once again at putting on lipstick while in an unthinkable situation.

BTOB’s Eunkwang, Changsub, and Lee Minhyuk recently appeared on the August 5 episode of KBS2’s “Battle Trip,” where they headed out to a lake in order to enjoy various water sports and rides.

While riding an inflatable raft-like ride called “flying fish,” Eunkwang and Changsub were given the mission of putting on lipstick. If the situation seems familiar, Eunkwang (along with Yook Sungjae and Hyunsik) was also given this task while riding a roller coaster during his last appearance on “Battle Trip.” 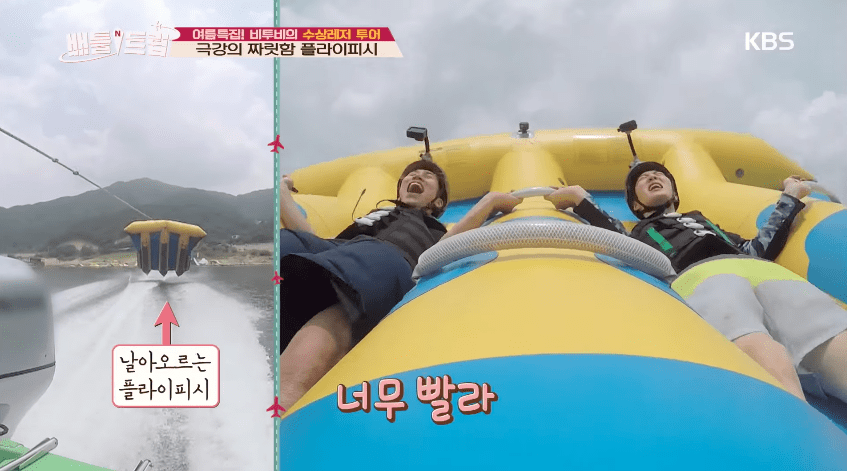 In the midst of yelling at the top of their lungs, Eunkwang began to try and put on red lipstick. Seeing his teammate move his arm, Changsub also started the mission. While Eunkwang carefully applied bit by bit, Changsub ended up just smudging everything with his finger as Minhyuk looked on with glee. 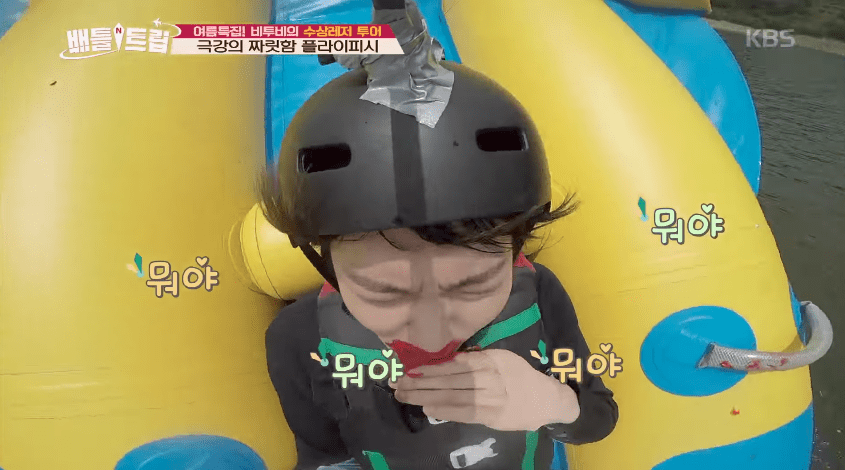 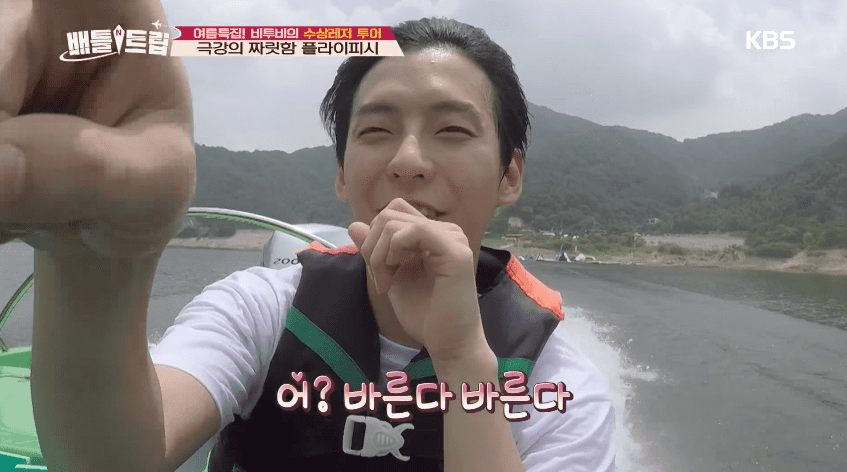 When the ride finally ended, Eunkwang appeared with relatively neat lips, while a good portion of Changsub’s face was covered in red lipstick. While his fellow members laughed, he defended himself, saying, “The lipstick broke. It broke so I had to apply it like this [with my finger].” 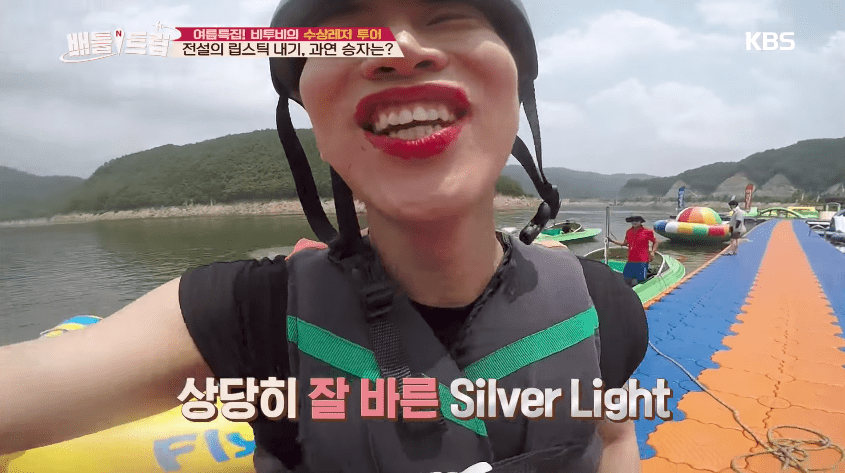 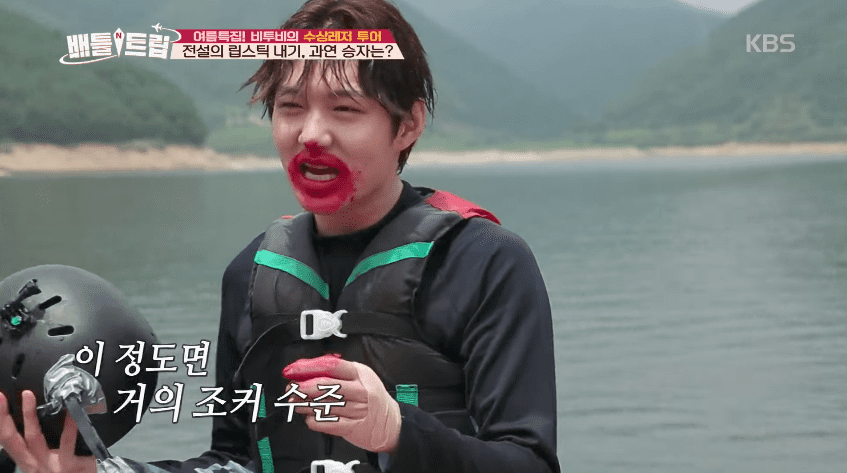 Even more unexpected than the results of the mission, was Minhyuk’s choice of the winner. He crowned Changsub for being hilarious, despite his less-than-successful result.

BTOB
Eunkwang
Battle Trip
Changsub
How does this article make you feel?