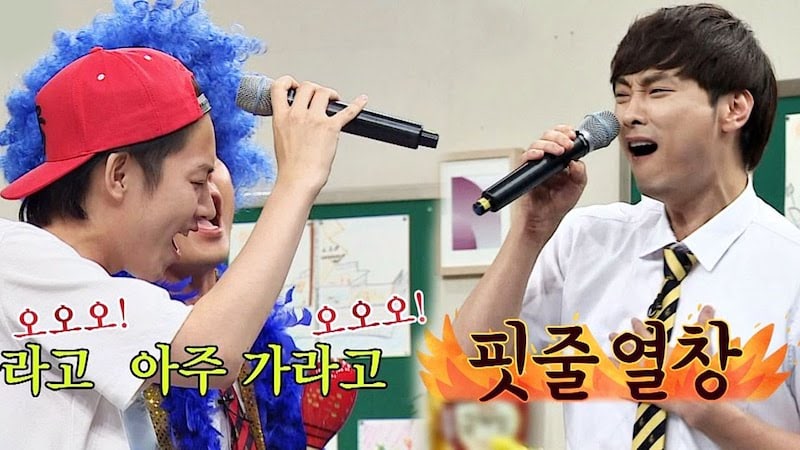 By now, any avid viewer of “Ask Us Anything” knows how much Super Junior’s Kim Heechul loves to imitate Min Kyung Hoon’s singing, but how does the original singer feel about this?

During the August 6 broadcast of KBS2’s “Yoo Hee Yeol’s Sketchbook,” Min Kyung Hoon and his band Buzz made a welcomed appearance in honor of their recent comeback.

When host Yoo Hee Yeol commented about Kim Heechul’s imitation of his singing mannerisms, Min Kyung Hoon revealed that while many people had copied his unique way of singing, Kim Heechul was the first person to do it in front of him directly. 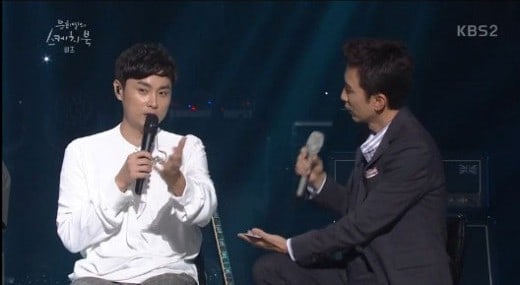 “At first, I thought he would stop after the first couple of times because he imitated me so ridiculously,” Min Kyung Hoon explained. “Now, I just let him be. I think that it also helps promote [our music] nowadays.” The singer also added, “Regarding this, I like that Kim Heechul enjoys listening to Buzz’s music.”

As for his regular appearances on “Ask Us Anything,” Min Kyung Hoon confessed that he personally believed he wouldn’t last very long on the show, but he’s somehow lasted for over a year and a half.

Meanwhile, Buzz recently released their newest album “Be One,” which includes title track “The Love.”