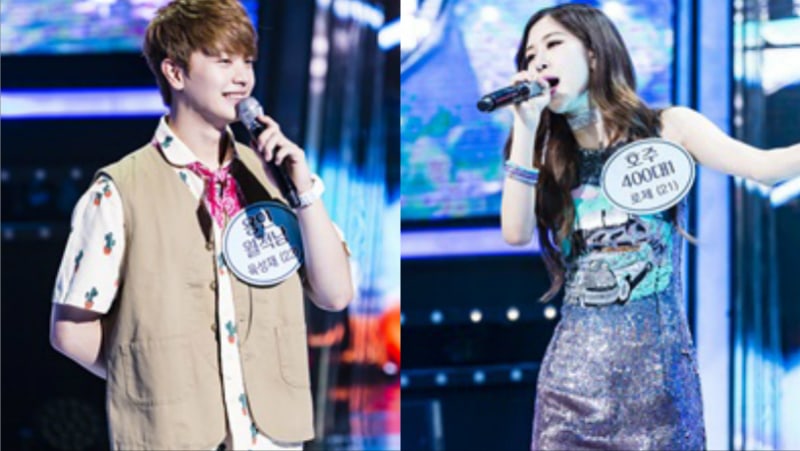 Yook Sung Jae started off his introduction as, “I am Yoo Sung Jae, who shines like a star,” and listed fishing as his hobby.

He then shared about a moment that made him angry while he was singing. He wrote, “When the members and I were in ensemble practice for the first time, I couldn’t really match the harmony well. I remember crying because I was so frustrated.”

He also listed Jung Joon Il’s “Confession,” “Hug Me,” and Kim Dong Ryul’s “Appreciation” as songs he was most confident in singing.

Rosé introduced herself, saying, “Hi, I’m BLACKPINK’s main vocal, Rosé.” She hilariously listed a squirrel as her lookalike, and she also mentioned that her special talent is to speak like someone trapped in box.

She then shared about a memorable performance, saying, “BLACKPINK had the opportunity to perform at a university festival, and it was so much fun!”