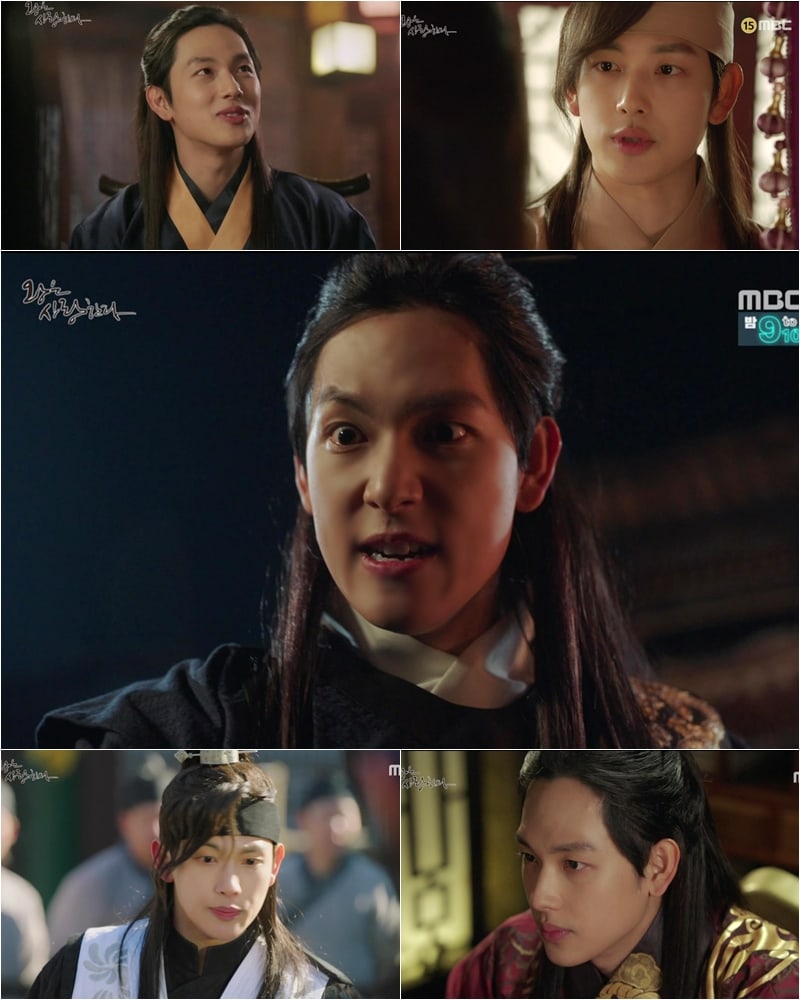 Im Siwan’s character Wang Won from MBC’s “The King Loves” is turning darker and darker with each passing episode. His undying love for Eun San (YoonA) is getting the better of him, and he will not be satisfied until she is entirely his.

Below are some of the scenes that revealed his increasingly darkening heart.

To Wang Won, Eun San is someone he wants to keep for himself. On episode seven, he compared Eun San to a chirping bird while smiling brightly. He then continued, “I want to put her inside a cage and keep her next to me,” which made Wang Rin warn him, saying that there are birds who cannot live inside a cage. In response, Wang Won naively states, “Then I can prepare a garden for her.”

At the end of episode four, Wang Won indirectly confesses his feelings for Eun San by saying, “I will give you the right to kill me.” However, Eun San declines the offer and decides to pass on that right to a dog. Upon seeing this, Wang Won cannot help thinking that Eun San has brushed aside his feelings and angrily mutters, “How dare she give it to a dog?”

3. Wang Won’s obsession and love for the people on his side

Wang Won’s shockingly violent outburst of anger on episode nine surprised many viewers. He violently beat the soldier who dealt with Eun San roughly while they were capturing her, and said, “See if you can lay your hands on one of my people again. You’ll be asking me to kill you instead.” His eyes were full of craziness throughout this startling scene.

On episode 12, Wang Won told Wang Rin to bring Eun San to the banquet while explicitly stating that Eun San is his woman. Wang Won explained that Wang Rin had always kept appropriate boundaries and was therefore someone he could count on to bring his woman to the banquet. When Wang Rin hesitated, Wang Won firmly stated, “Bring her, no matter what. This is an order from the crown prince,” and indirectly warned him to know his place.

A source from the drama’s production crew explained, “Wang Won is a two-faced, multidimensional crown prince. The possessiveness, obsession, and anger are all part of Wang Won. The “dark” Wang Won that you’ve seen until now is only the beginning. As the story further unfolds and Wang Won encounters more situations, he will change even more.”