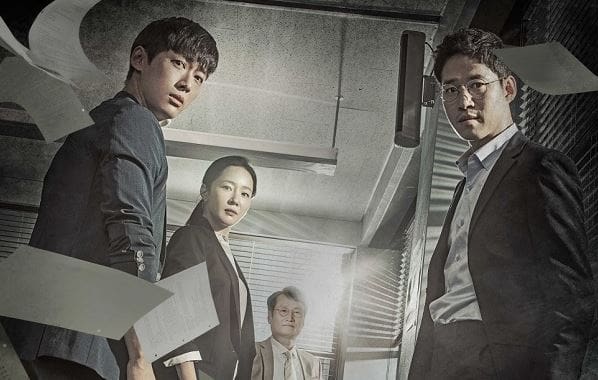 SBS’s Monday-Tuesday drama “Distorted” has revealed behind-the-scenes cuts of the cast and crew hard at work.

Namgoong Min was spotted monitoring videos of his acting, while Yoo Joon Sang and Jeon Hye Bin can be seen sharing their thoughts and advice about each of their characters. Even during breaks, Uhm Ji Won and Moon Sung Geun studied their scripts carefully. 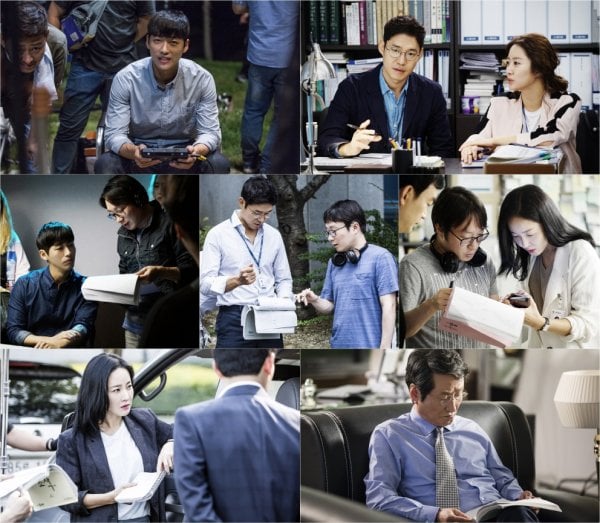 PD Lee Jung Heum was caught in many of the photos, showing how closely the actors communicate with him. It has been said that they are comfortable with sharing ideas with each other and are doing their best to create an even better story.

See Also: First Impressions: “Distorted” Is A Thrilling War Of Integrity And Corruption

The producers stated, “All of the cast members have lots of affection and a strong sense of responsibility for the drama. We think that it’s thanks to these passionate actors that ‘Distorted’ is receiving lots of love. The staff members are also working hard to carry out their roles with the support of the viewers. We ask for your continuous interest and support for ‘Distorted,’ which will now officially enter the exciting part of the story.”

Meanwhile, episode eight of “Distorted,” which aired on August 1, gathered 12.1 percent viewer ratings nationally and 13.3 percent in metropolitan areas. Episodes nine and ten will air on August 7 at 10 p.m. KST.