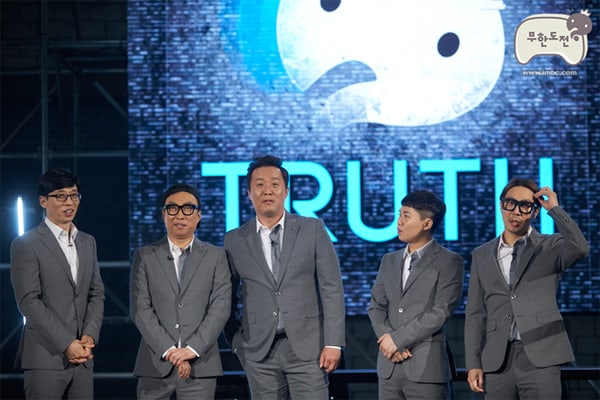 “Infinite Challenge” Cast Flies To U.S. For Their “Audition For U.S. Dramas” Challenge

The cast of “Infinite Challenge” will be taking on the challenge of being cast as part of a U.S. drama.

The team set off from Incheon International Airport on August 6 and headed to the U.S. The staff explained, “After auditioning for a handful of shows, the cast will return on Thursday.” This is set to be part of the show’s “2017 Jung Joon Ha Grand Prize Project,” as he was nominated for but didn’t win the Grand Prize at the 106 MBC Entertainment Awards.

The cast received realistic advice from Bae Doona, who has appeared in Hollywood productions like “Sense8” and “Cloud Atlas.” The actress also taught the members how to make their own audition tapes, and the members created their own unique tapes during the episode of “Infinite Challenge” that aired on August 5. Each member put their own spin on the audition tapes, drawing inspiration from their experiences as comedians and MCs, and it remains to be seen whether their efforts will be rewarded when they head to the U.S.

Though it seems like an impossible task, viewers are excited as the cast and crew of “Infinite Challenge” have created miraculous results in the past with their hard work and unwillingness to give up. This may be the shake up that the show needs as it has recently been experiencing a drop in ratings.

Not only will “Infinite Challenge” be trying to be cast in a U.S. drama, but it will also be creating a special based on “Produce 101.”