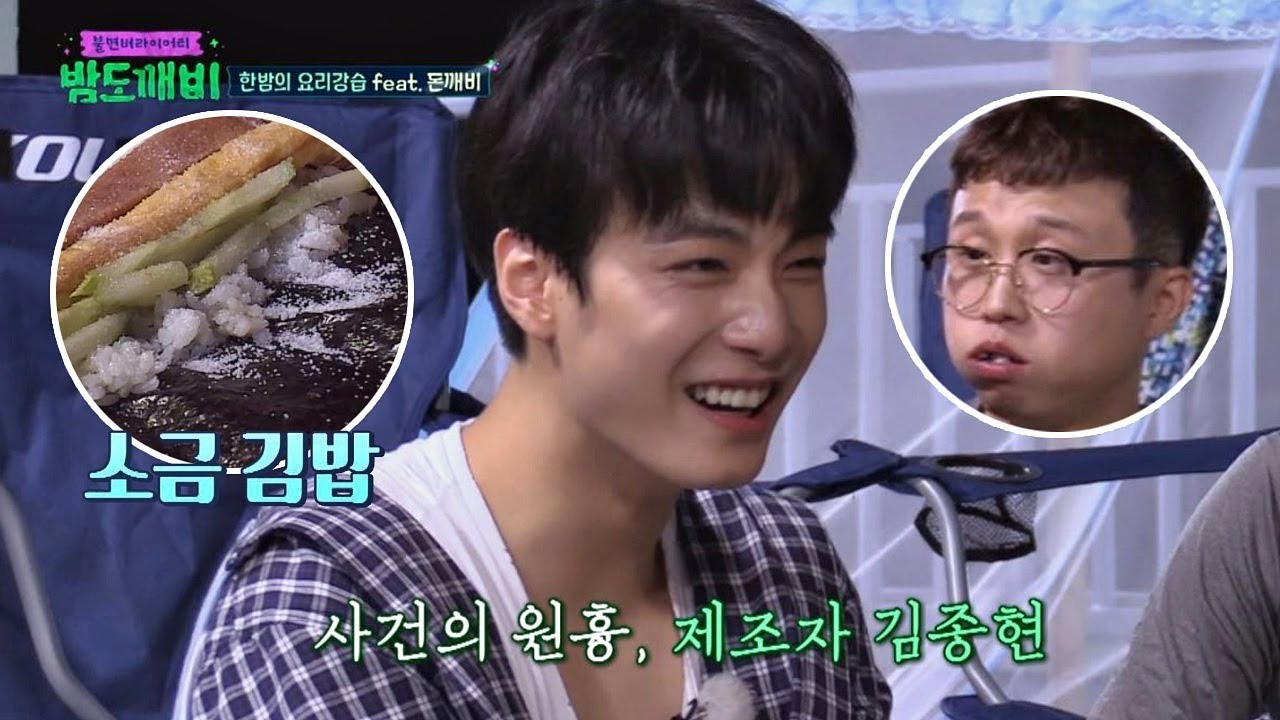 Watch: NU’EST’s JR Dances To “Pick Me” And Brings The Laughs With A Roll Of Kimbap On “Night Goblin”

NU’EST’s JR appeared in his first episode of “Night Goblin” and transformed from the nation’s leader to the show’s youngest member, “Baby Goblin”!

During the opening segment of the show, Lee Soo Geun noticed that JR was sweating a lot and when asked about it, JR explained that he was nervous about being on his first variety show as a regular cast member.

However, those nerves seemed to disappear when he was asked to dance to “Pick Me,” the theme song of “Produce 101 Season 2.” Instead of playing the audio for the song, FTISLAND’s Lee Hongki offered to sing live, and viewers were treated to a performance by the two singers. Watching JR’s performance, Jung Hyung Don remarked, “You’re saying you really didn’t make it into the top 11?” while Park Sung Gwang and Lee Hong Ki said, “In our hearts, you’re in the top 11. You’re number one!”

Later, the cast members decided to make their own kimbap [seaweed rice rolls] as they waited for a famous kimbap store to open. While taking turns, JR offered to make his version of a healthy kimbap. Things were going well, until JR accidentally poured a significant amount of salt into one end of his creation. Instead of trying to remove the salt, he went ahead and just rolled his kimbap up, and the other members looked on with shock and horror written on their faces.

What was supposed to be a nice surprise soon turned into a punishment, and the members played a game to see who would take the first bite. The honor went to JR, and it seemed he had gotten the salty end of the kimbap, leaving Park Sung Gwang relieved as he bit from the other end. However, they soon learned that the salt that spread evenly while JR had tossed the kimbap, and everyone ended up getting a heaping gulp of salt in their food.

Though Jung Hyung Don tried to end the situation on a happy note by saying, “It’s okay, we’re happy to be eating the first kimbap that JR has ever made for anyone,” it took a while for the cast to get rid of the salty taste in their mouths.

NU'EST
JR
Produce 101 Season 2
Night Goblin
How does this article make you feel?