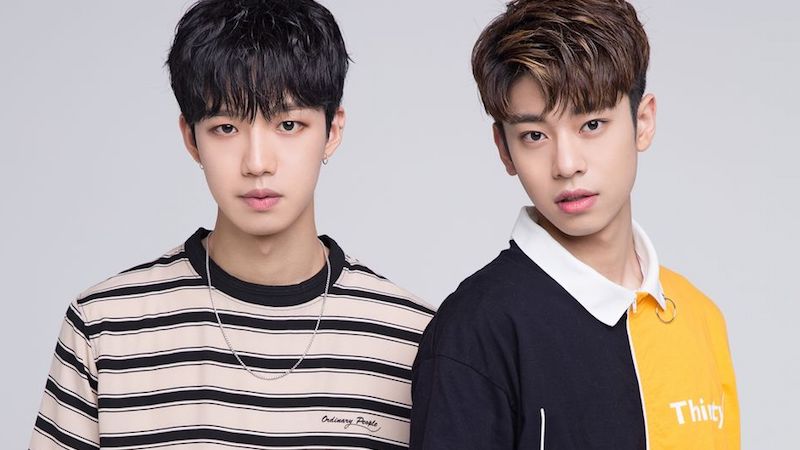 When asked if he’d ever put anyone to sleep, Lim Young Min shared, “Actually, I have a younger brother. When he was young, I used to put him in a sling and pat him and sing lullabies to him.”

He continued, “It’s bedtime but it seems like everyone is very energetic so I don’t know if we can put anyone to sleep. However, we will work hard.” Kim Dong Hyun added, “This video will be available to watch later so when you feel sleepy, please sleep.”

MXM then talked about the recent release of their first album as a duo. When Kim Dong Hyun asked Lim Young Min how he felt about his debut, he said, “We worked really hard for this debut. It doesn’t feel quite real yet but I do feel really happy that people on the street recognize us and tell us that they like our music.”