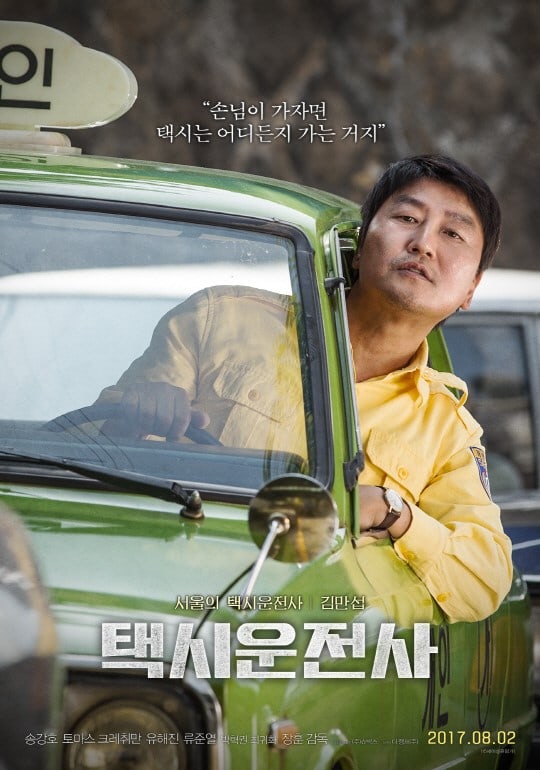 Showbox, the investor and distributor of the film, announced through a press release that as of 2:50 p.m. KST on August 6, the film had sold 4,002,663 tickets at the box office.

The statement continued, “‘A Taxi Driver’ has been getting good reception and word-of-mouth, with an average rating of 9 and a CGV Golden Egg score of 98 percent on various advance sales websites. Song Kang Ho, Thomas Kretschmann, Yoo Hae Jin, and Ryu Jun Yeol’s passionate acting, Jang Hoon’s simple direction, and the warm feelings of hope and laughter that accompany the 1980s setting have captivated viewers with a heart-thumping story.”

On the same day, Ryu Jun Yeol thanked fans for the accomplishment on C-JeS’s official Instagram.

“A Taxi Driver” follows a Seoul taxi driver in May 1980, who agrees to drive a German reporter to Gwangju before curfew on the promise of a large amount of money.

Ryu Jun Yeol
The Battleship Island
A Taxi Driver
How does this article make you feel?