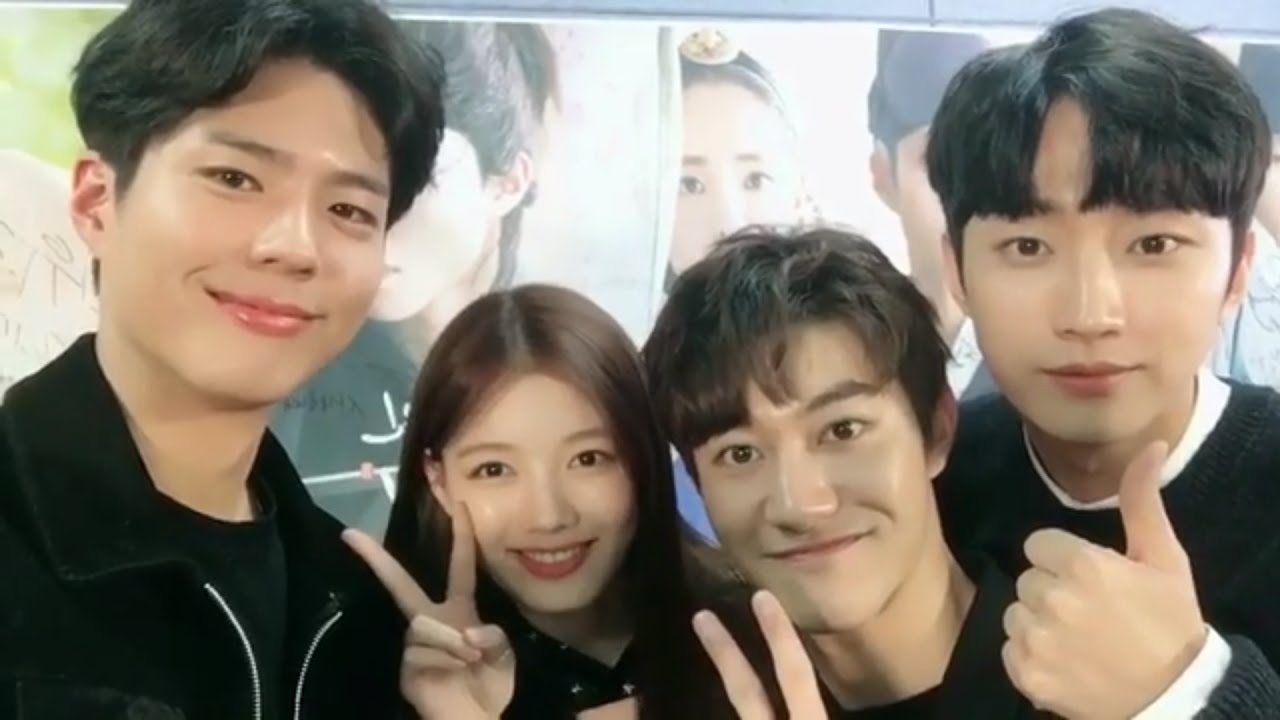 He continued, “I still keep in touch with Bo Gum. We can’t really see each other these days due to our busy schedules, but we’re trying to meet up soon.”

Jinyoung then talked about the cast’s surprise visit to B1A4’s practice room. “Yoo Jung, Bo Gum, and Dong Yeon came over with energy drinks. I wanted to buy them something because I was so touched, but it was late at night, so we just ended up eating some hamburgers at a convenience store,” he shared.

He was then asked if there were any other fun moments with the cast members. “Bo Gum, Dong Yeon, and I secretly went to Namsan Tower one time. No one recognized us because it was really dark and we were wearing masks,” said Jinyoung, calling it a fond memory.