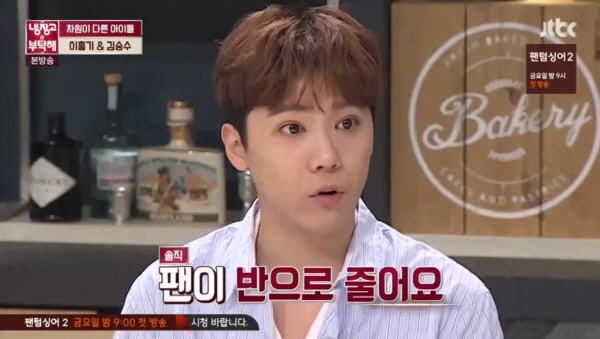 On the August 7 episode of JTBC’s “Please Take Care Of My Refrigerator,” FTISLAND’s Lee Hong Ki made a guest appearance alongside actor Kim Seung Soo, and spoke about dating publicly.

He then revealed, “I don’t think I should date publicly [as a celebrity]. Your fans decrease by about half. When I [previously] revealed I was dating, I had a concert in Japan afterwards and the number of my fans shrunk by half. Also, the atmosphere among the other half that did show up felt weird. So now, even if I am dating, I’m going to say I’m not. I revealed my relationship because I’m the type of person that can’t lie, but I’ve decided on this matter. That’s how big of a blow [my experience] was.”

Do you agree with Lee Hong Ki’s sentiments?

FTISLAND
Please Take Care of My Refrigerator
Lee Hong Ki
How does this article make you feel?