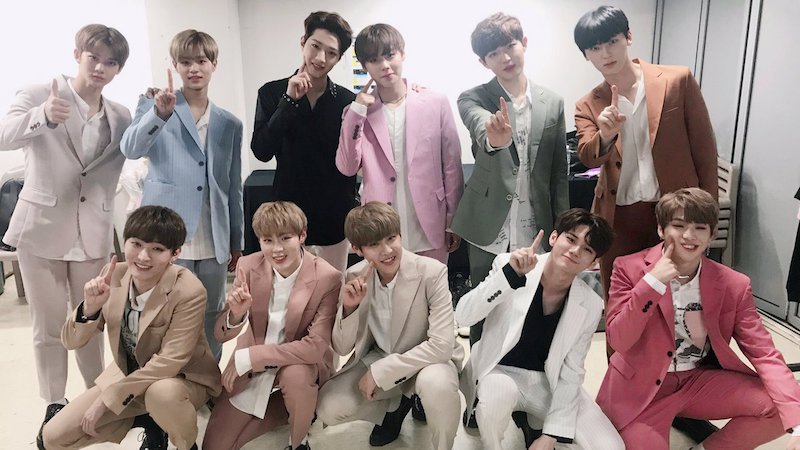 Wanna One Thanks Fans After Taking No. 1 On Charts With Debut Track “Energetic”

During their debut “show-con” on August 7, Wanna One thanked everyone for their great chart success with their debut song!

On August 7 at 6 p.m. KST, Wanna One released their first mini album “1×1=1 (To Be One),” featuring the title track “Energetic.” The song quickly reached the top of the realtime charts on all six major music sites in Korea.

The group performed for fans that evening at their debut “show-con” at the Gocheok Sky Dome. During the show, MC Jun Hyun Moo let Wanna One know about the song’s impressive chart rankings, as well as the fact that their other songs were all doing well on the charts too.

Kang Daniel replied, “I couldn’t have imagined this. Thank you for supporting us, and I hope you’ll listen to ‘Energetic’ a lot.” The members all stood up to thank their fans too.

When asked about what their “first place promise” would be as a reward for fans, Yoon Ji Sung admitted, “I’ve just been grateful about our debut itself, so I really hadn’t even thought about us getting No. 1.”

“We’ll carefully consider it together and let you know via social media and our fan cafe,” he promised.