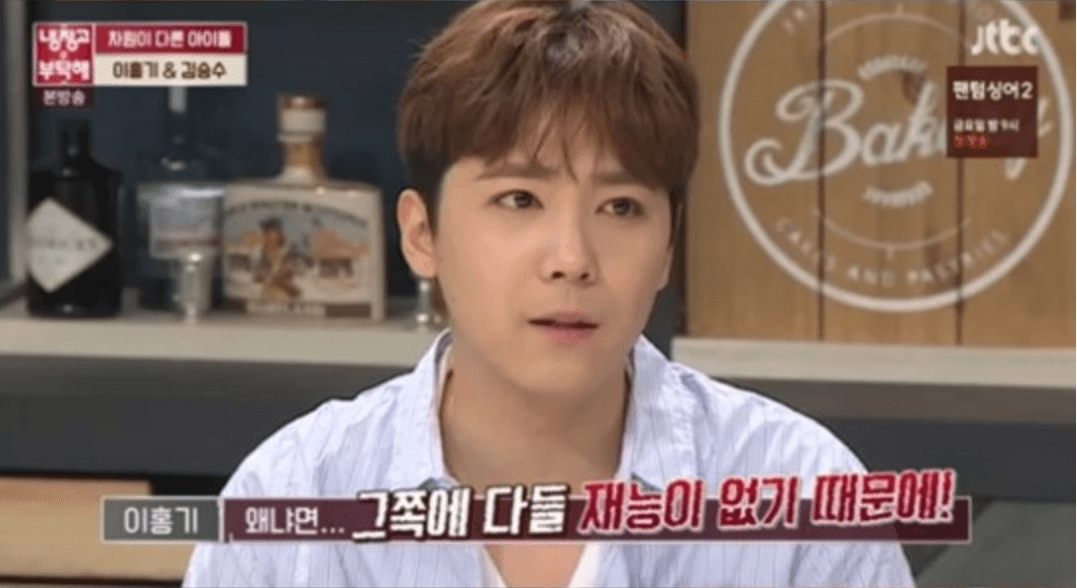 The MCs congratulated Lee Hong Ki on 2017 being FTISLAND’s 10th anniversary since their debut. Lee Hong Ki said, “A lot of people told us that it would be hard to last for 10 years together but we did. I’m proud.”

As part of the reason for FTISLAND’s longevity, he said that none of the members had been ambitious about going solo. He said, “The members get along together well. There wasn’t anyone who said, ‘I want to move into acting’ or something like that.” He added jokingly, “Because none of us are talented enough to do that anyway.”

When asked about FTISLAND’s plans to enlist together, Lee Hong Ki confirmed that the members still wanted to and joked, “Choi Jong Hun and I are the oldest in the band. If we go enlist first, then the younger three members will have nothing to do.”

He added that it was more practical for them to enlist together so they could make a comeback together when their mandatory service was over.

FTISLAND
Please Take Care of My Refrigerator
Lee Hong Ki
How does this article make you feel?