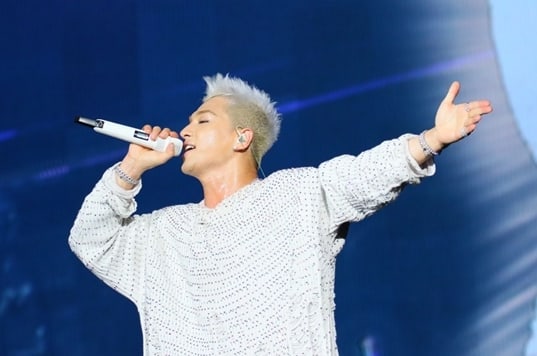 Taeyang recently wrapped up the Japanese leg of his concert tour with a bang!

The singer and BIGBANG member is currently on a world tour through 19 cities, beginning with a series of Japanese stadium concerts that ended on August 6. Taeyang participated in every part of the tour’s organization, including set list, stage decoration, videos, lights, and organizing the band.

During his Japanese concert, he brought up his upcoming solo comeback. “I wanted to be satisfied with this new album,” he said. “Since I was making music that would be acknowledged by other people, the work took longer. I wanted to convey to everyone a warm feeling in their hearts like the sun that rises every morning.”

Meanwhile, his solo comeback is slated for August 16. Taeyang will also be in Korea for the Seoul leg of his “White Night” tour on August 26-27.