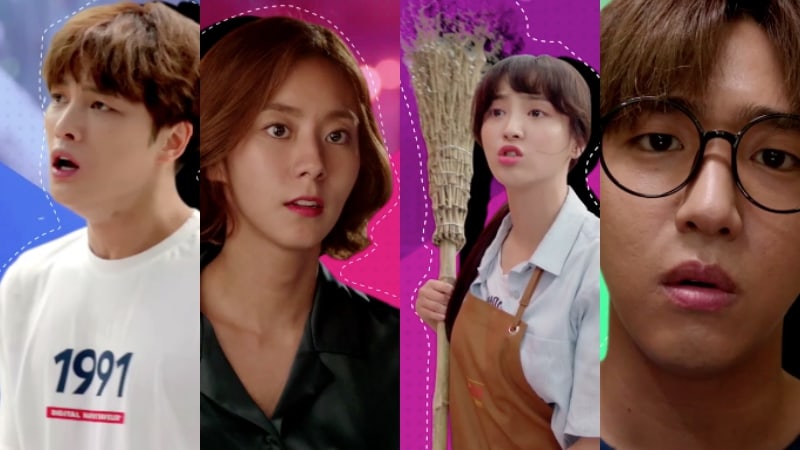 Upcoming KBS drama “Manhole” released a new highlight video on August 8 that showcased all the hilarity that will ensue throughout the show!

The premise of “Manhole” is Bong Pil (Kim Jaejoong), while struggling with the fact that his 28-year-long crush and friend Kang Soo Jin (UEE) will be getting married, finds himself slipping back to random moments in time through a manhole.

The video starts out with a short introduction to the four main characters, Bong Pil, Kang Soo Jin, Yoon Jin Sook (Jung Hye Sung), and Jo Seok Tae (B1A4’s Baro). Bong Pil anguishes over the fact that he hasn’t confessed to his crush, while Kang Soo Jin is shown to be frustrated at him at different points in time. Yoon Jin Sook gives advice to Bong Pil about his one-sided love, while Jo Seok Tae obsesses over his studies.

As the video continues, it gives a longer look at what happens during what appears to be Bong Pil’s first slip through time, when he finds himself back in high school. When he finally returns to the present however, he realizes that his actions in the past have changed the present, as he has become a troublemaker instead of just someone studying for the civil servant exam.

Despite the changes, one thing has remained the same, and that is Bong Pil’s drive to try and stop his friend’s marriage. The rest of the video also shows glimpses of the other crazy happenings that will occur throughout the drama.