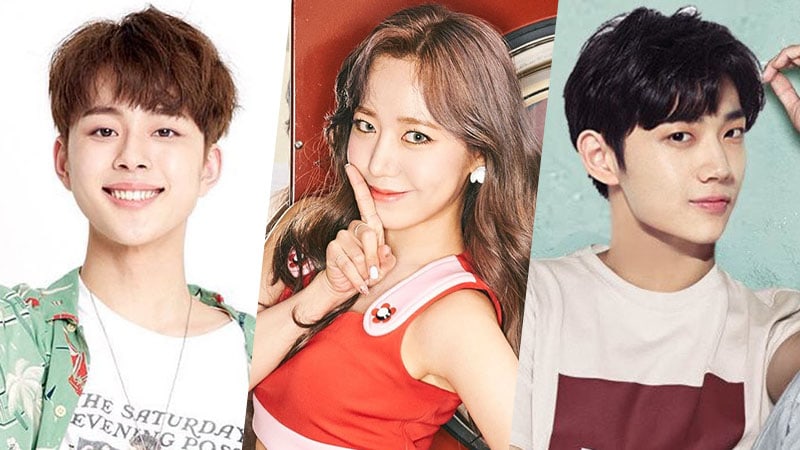 On August 8, Apink’s Namjoo, along with Yoo Seon Ho and Ahn Hyeong Seop from “Produce 101 Season 2,” held a V Live broadcast on the set of their poster shoot for upcoming web drama “Mischievous Detectives” (literal title).

During the live broadcast, Namjoo expressed, “We may look close right now, but we actually met a few hours ago. I met them for the first time today but we already have good chemistry.”

Yoo Seon Ho then revealed, “I actually passed my [Cube Entertainment] audition with Apink’s ‘No No No.’ I like Apink. They were the first idol [group] I liked.” 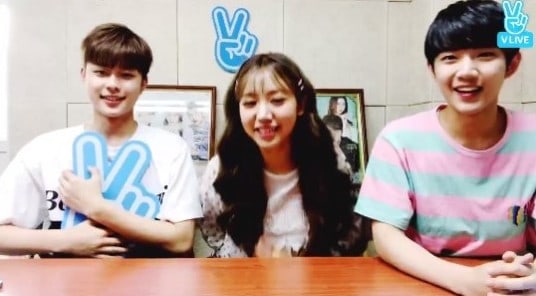 They then shared about their first impressions of one another. Yoo Seon Ho said, “I don’t really remember my first impression of Ahn Hyung Seob because there were 101 trainees.” He also talked about Namjoo, saying, “I was nervous at first because she’s such a respected senior, but she led us really well.” 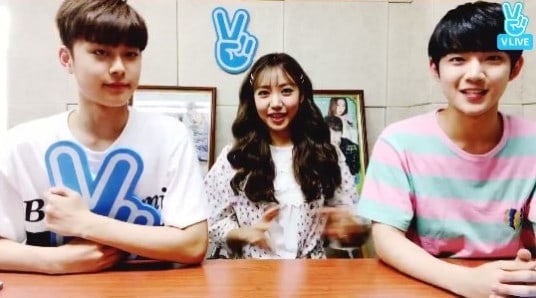 Ahn Hyeong Seop then said, “Yoo Seon Ho looked really young and energetic [when I first saw him]. I noticed he had a pretty smile.” While talking about Namjoo, he expressed, “I was also nervous and worried because she’s such a respected senior, but she treated us well.”

Meanwhile, “Mischievous Detectives” is a comedic mystery that follows two genius high schoolers and a female police detective as they solve cases that arise following the disappearances of the boys’ parents. It is set to be released on Naver TV sometime in September.