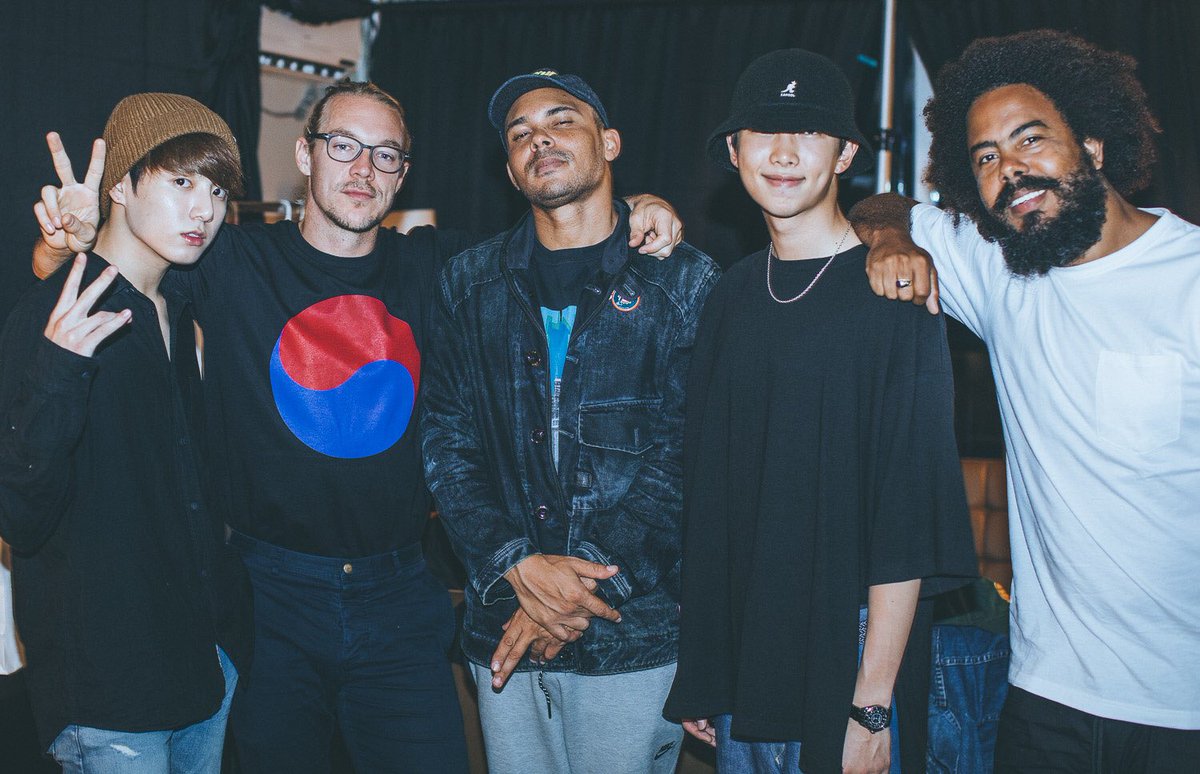 However, Diplo’s Instagram post especially left fans with a cliffhanger, as he said, “About to make a movie with my Korean squad.”

Now the mystery has been solved!

IT’S AN HONOR TO TRAVEL & PERFORM ON THIS SIDE OF THE WORLD. SHOUT OUT TO NAMJOON & JUNGKOOK FROM @BTS_TWT FOR ROLLING THRU.TIL NEXT TIME ?? pic.twitter.com/sVURzq6iPQ

Meanwhile, BTS has had a lot going on recently, with two more stops for their “WINGS” World Tour, a finale concert in Seoul this December, and a fall comeback.

BTS
Diplo
MAJOR LAZER
How does this article make you feel?