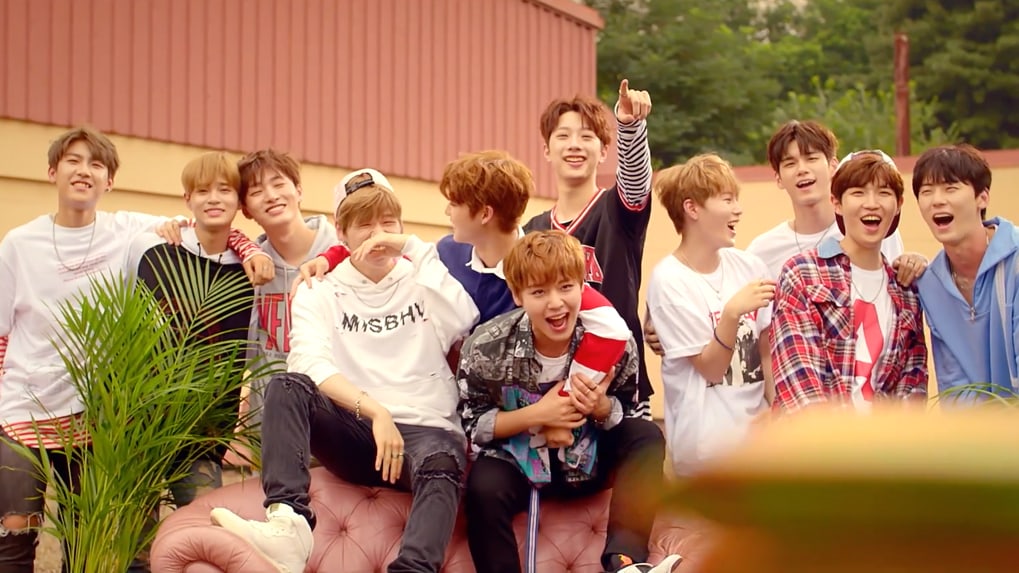 Two days ago, Wanna One released the MV for their debut title track “Energetic” and experienced immediate success with their debut album “1×1=1 (To Be One)” upon its release. Furthermore, the group’s MV also broke the record for the most viewed debut K-pop MV, after garnering 4,034,795 views within the first 24 hours of its release.

On August 9, Wanna One released the behind-the-scenes video from the set of their debut MV and their excitement is practically tangible. In the video, the members can’t stop smiling as they talk about their thoughts about finally filming the MV for their debut track. Plus, fans can see the members showing off their close friendships by constantly joking around on set and showing affection for one another.

Meanwhile, it seems like Wanna One is everywhere nowadays, as the group not only has their own reality show but also has been making guest appearances on popular shows like “Happy Together,” “The Return of Superman,” and “Weekly Idol.”