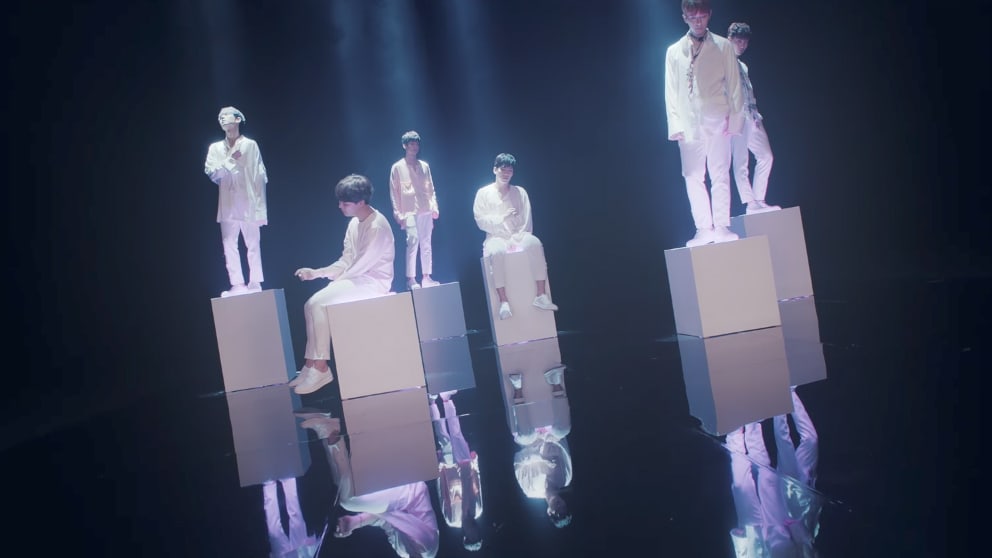 Watch: Boyfriend Is Searching For Their “Star” In MV For Long-Awaited Comeback

Boyfriend is back with their first Korean comeback in over two years with title track “Star” from their latest mini-album “Never End.” After teasing the MV for “Star” with a stunning video last week, Boyfriend released the mesmerizing MV for their title track on August 9.

The track was revealed to have been co-written and co-produced by Boyfriend’s Jeongmin. Furthermore, Kwangmin and Minwoo contributed rap lyrics for the title track as well. “Star” emphasizes a softer side to the group, as they sing wistfully about searching for a love gone by, but maintains a catchy underlying beat. The parts of their choreography that can be seen in the MV are powerful in a way that complement the underlying beat of the track. Although fans have waited for a long time, Boyfriend’s comeback is sure to satisfy, as their mini-album displays how much the group has grown musically in the past two years.

Watch the MV for “Star” below!