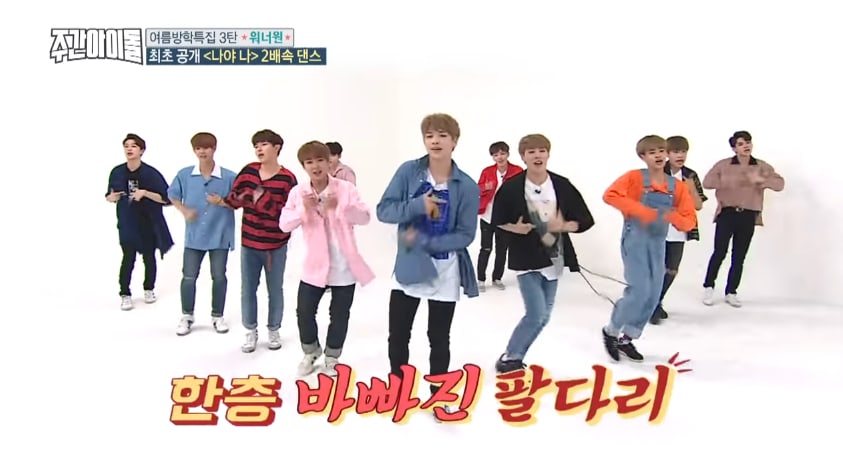 During their much-anticipated appearance on MBC Every1’s “Weekly Idol,” Wanna One tried their hand at the infamous random play and double speed dances.

They first took on the “Produce 101 Season 2” theme song “It’s Me (Pick Me)” at double speed. Even though the song is known for its notoriously difficult choreography, the members tried their very best to keep up and ended up with some impressive results!

Up next was the random play dance, where the 11 members got a bit tangled as they tried to keep up with all the formations. Watch their hilarious attempts below!