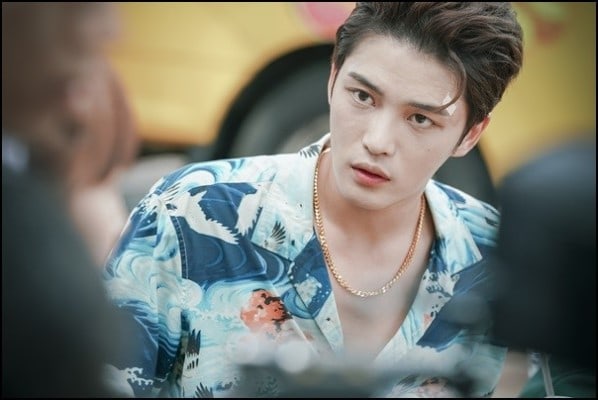 The cast (JYJ’s Kim Jaejoong, UEE, Jung Hye Sung, and B1A4’s Baro) of KBS 2TV’s drama “Manhole” did a V Live broadcast on August 9 to talk about their drama and share behind-the-scenes stories.

Kim Jaejoong, who plays the character Bong Pil, sustained injuries while filming which required 7 stitches on his finger. During the V Live broadcast, the cast brought up the injury. He then opened up about how when he takes off his clothes, there’s not a single place in the lower half of his body that is not covered by a bruise.

“I think you can’t help it,” he said. “People tell me to be careful, but I think it’s important for me as an actor to not be selfish with my body.” He added that the hot weather during filming had also posed a problem for the cast and crew.

Because Kim Jaejoong’s character is time traveling between the past and present, the cast also revealed that he has to constantly change his hair and outfits throughout filming. UEE said, “Up to five times a day!”