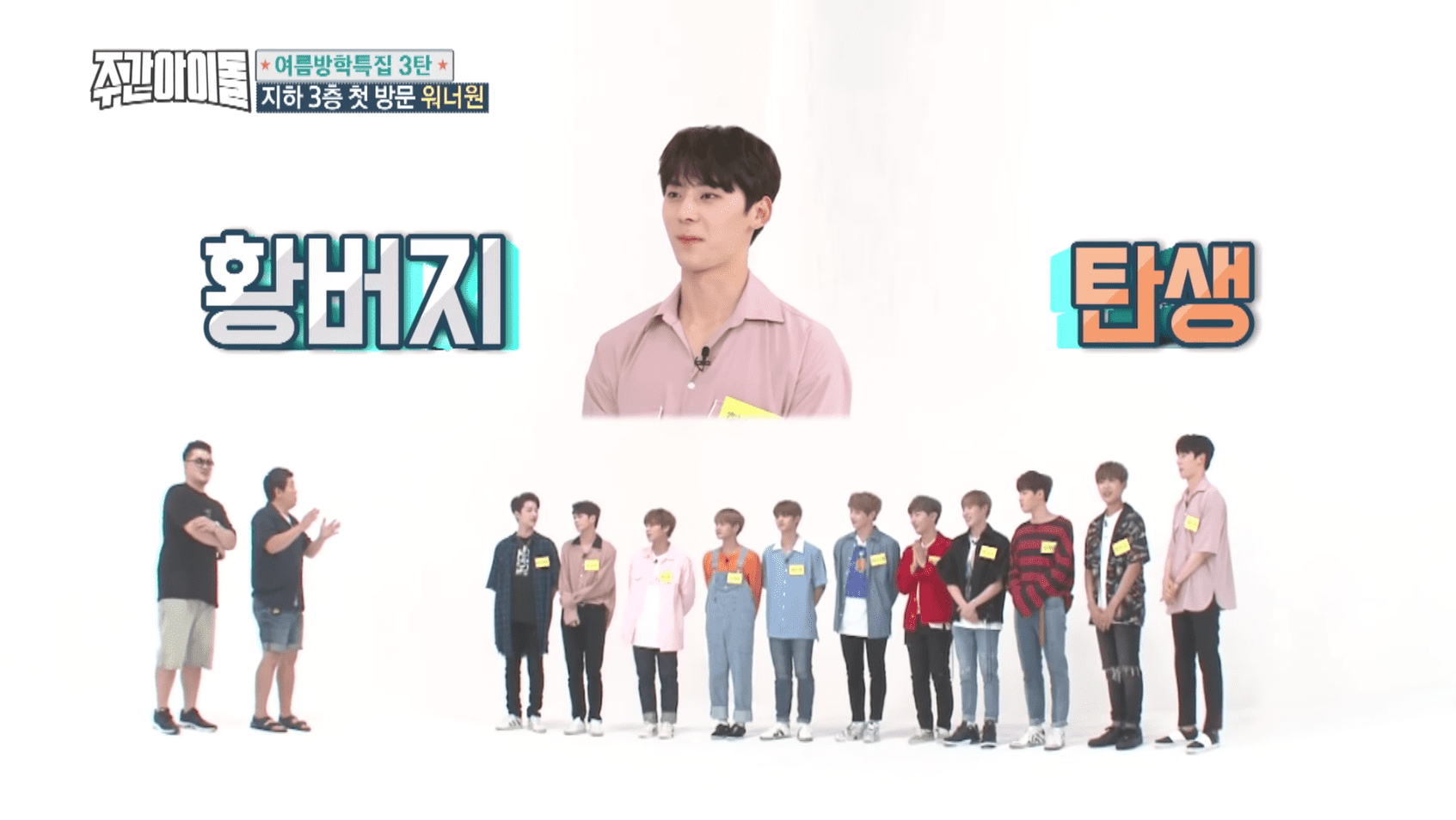 In the August 9 episode of “Weekly Idol,” the Wanna One members got a chance to introduce themselves.

During his introduction, Hwang Min Hyun described himself with one of his nicknames, “Hwang-ge Liang.” The nickname is a combination of his surname and the name of the historical Chinese strategist Zhuge Liang. He got the nickname after his strategic decisions when it came to his teammates on “Produce 101 Season 2.” 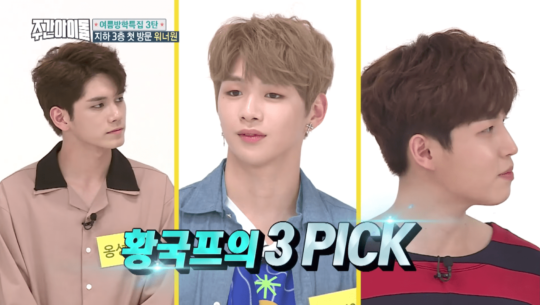 When the MCs asked him about his nickname, Hwang Min Hyun explained that he picked Kang Daniel, Ong Sung Woo, and Kim Jae Hwan as teammates before they became well-known. However, the MCs immediately jumped on this as a chance to tease Hwang Min Hyun, asking him if he thought he was the reason they became popular.

Wanna One
Weekly Idol
Minhyun
How does this article make you feel?