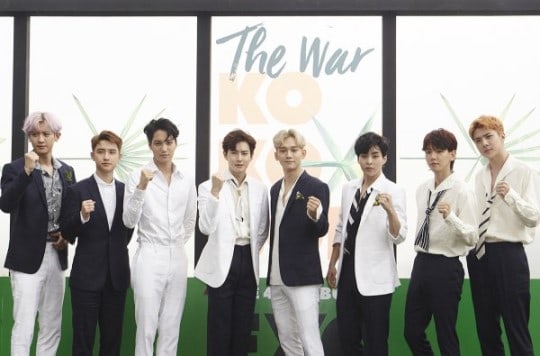 EXO Is On Their Way To Becoming A Quadruple Million Seller

Following the release of July album sales details, it looks like EXO is very close to becoming an official quadruple million seller with their latest album “The War”!

The new studio album was released on July 19 and according to Gaon’s monthly chart (which was released today), the album has sold a total of 959,417 copies in both Korean and Chinese so far.

EXO’s new album and title track have performed impressively on many music charts both domestic and international. “The War” continues to top weekly charts and it seems highly likely that the group will achieve a new milestone of becoming a quadruple million seller in a matter of days or weeks.

EXO was the first group in 12 years to sell a million physical copies of their first album back in 2013, and also surpassed the 1 million mark with their second album in 2015. Last year, they become an official triple million seller with “EX’ACT” and its corresponding repackaged album “LOTTO.”

Meanwhile, EXO will be performing on Mnet’s “M!Countdown” today, on MBC’s “Music Core” on August 12, and SBS’s “Inkigayo” on August 13.