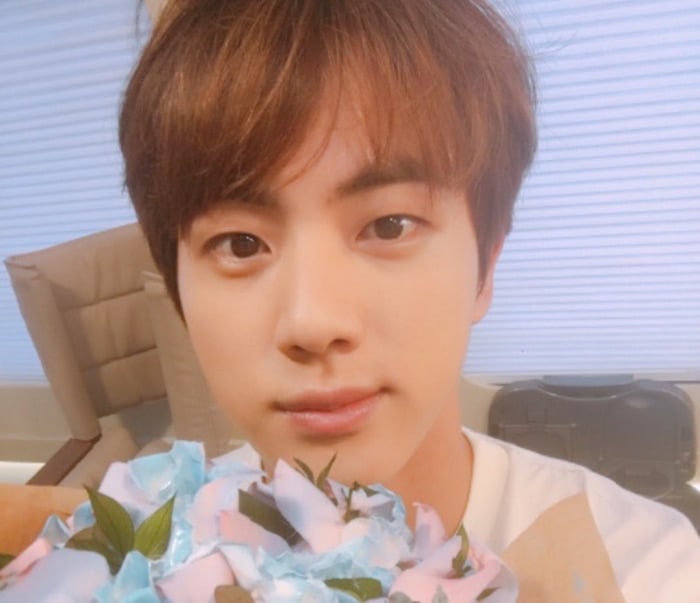 With fans eagerly anticipating BTS’s comeback in September, all eyes were on Jin’s recent Twitter post featuring flowers and the word “Smeraldo.” The post resulted in a fans researching the flower and its possible connection to their comeback concept.

First of all, “smeraldo” is not an actual flower. However, fans found a florist who is planning on opening a shop called Flower Smeraldo.

First of all, Smeraldo is not existing. We found a naver blog of a florist who is preparing to open his flower shop called Flower Smeraldo. pic.twitter.com/SLMLm2JLn4

Interestingly enough, a photo from the blog has “BTS_Smeraldo” in the file name. More potential connections were found as fans digged into the Instagram account for the shop which features photos of smeraldo as well as written words that say “sincerity that was not able to be delivered.” Fans speculate that the words are in Jin’s handwriting.

There’s more purported evidence when you go to the blog source which shows content being labeled as “Seok Jin’s flower” (Seok Jin is Jin’s birth name). The blog address “testesso” is close to the translation of “love yourself” in Italian.

Furthermore, the smeraldo flower shop is scheduled to open in September much like BTS’s comeback. The blog also mentions “The Smeraldo Academy” which was established four years ago on Sep 12. This date is the same as Rap Monster’s birthday and BTS’s debut anniversary date. 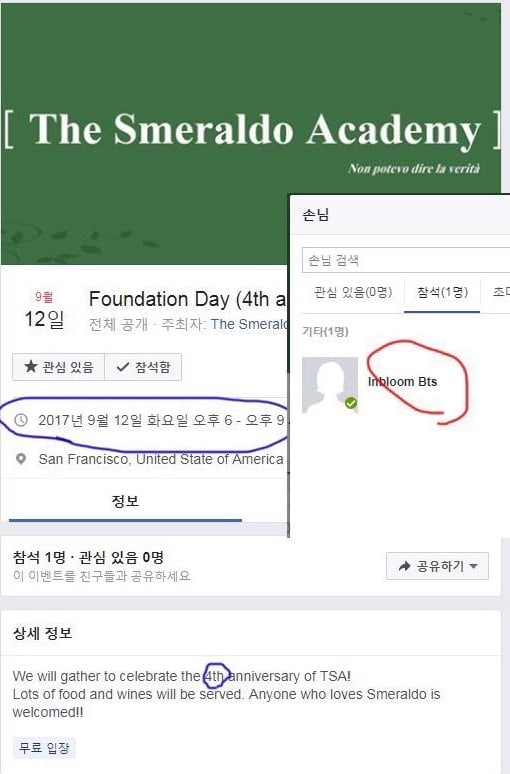 The theory goes deeper as the blog has an event asking people to send their stories about sincerity until Aug 15 10 p.m. KST. There will be seven winners. Fans are speculating that the seven winners alludes to BTS since they have seven members, that the deadline is the last day of “Bon Voyage,” and there’s a possibility of comeback teasers being released starting from Aug 16. 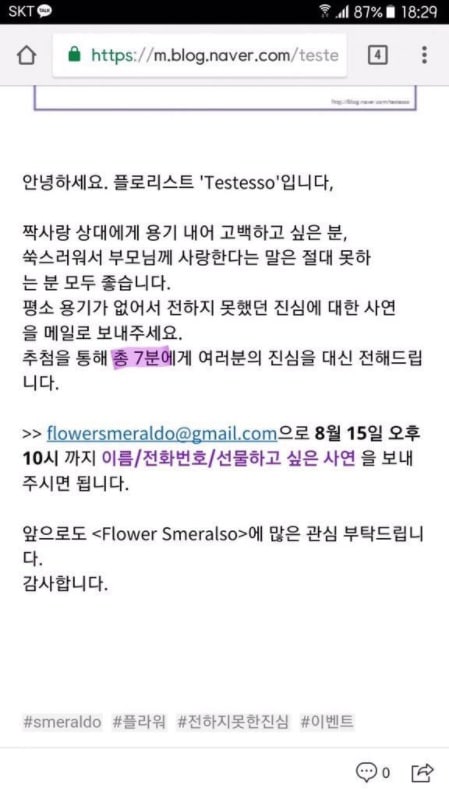 It get’s more interesting as the blog was created the same day that BTS’s new identity and logo were revealed. 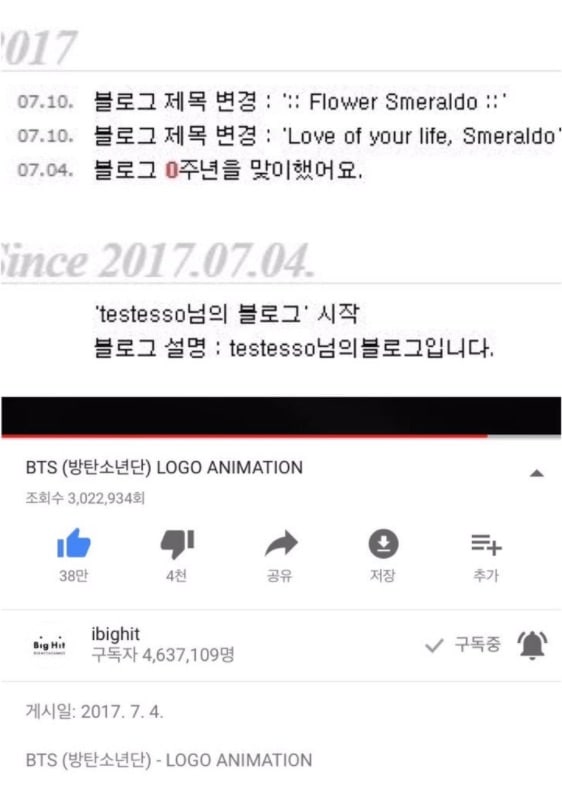 In addition, it appears as though the members have been hinting at their comeback concept earlier. Suga’s narration in BTS’s collab compaign with Puma includes the words “sincerity that couldn’t get delivered.” J-Hope also talked about BTS appearing as seven flowers if you look down from a far universe.

There are more theories about Smeraldo being the name of a city in “The Wizard of Oz” and how elements from the story could be incorporated in BTS’s upcoming comeback. The aforementioned blog also mentions a fictional poet named William Ashbless.

If all these theories are correct, it looks like Big Hit planned all of this for a long time and fans have cleverly discovered everything.

Check out some reactions to the theory below!

smeraldo means emerald in italian, i don't know why seokjin had it as his caption but one thing's for sure he's prettier than any emerald

me seeing smeraldo theory again and again be like: pic.twitter.com/sDxzPDuGby

I just read something bout that smeraldo, theories and such I'm lost pic.twitter.com/ykBzXZCF5j

HOW DO YALL EVEN GET THIS FAR JUST BY LOOKING AT A FLOWER HOLDING A FLOWER AND WITH THE CAPTION "SMERALDO"?! https://t.co/NZ68w635Jj

Some have gathered more evidence…

And now I'm wondering if the flower in the edge part of HYYH Pt. 1 and 2 albums is the Smeraldo flower @BTS_twt pic.twitter.com/dCDri50Wj8

"smeraldo flower" was discovered on June 12, 2013 in Italy, its the same as bts's debut showcase date. It is seen on Run Mv too. ? pic.twitter.com/Kp3ZoZEz6p

the first attendee on the "smeraldo academy" was inbloom bts and in run japanese ver "in bloom" was graffitied on the wall? pic.twitter.com/Q68sEBqZEA

Some just can’t take it…

when you read all the theories about jin's "smeraldo" and try your best to not panic pic.twitter.com/ysckthettJ

someone: what is your only fear?
me: smeraldo

My head is going to explode after reading the clues from Smeraldo. I need Snickers. pic.twitter.com/ef8cVCc0Kl

Some just love it all…

have you read about the smeraldo theories? what do you guys think about it?

i really have no idea what this is but i love it pic.twitter.com/M7dmS9mSZ4

Anyways setting aside the whole theory. The smeraldo flower is really beautiful. pic.twitter.com/Orz0mzvsMe

What are your thoughts on the recent theories and smeraldo?