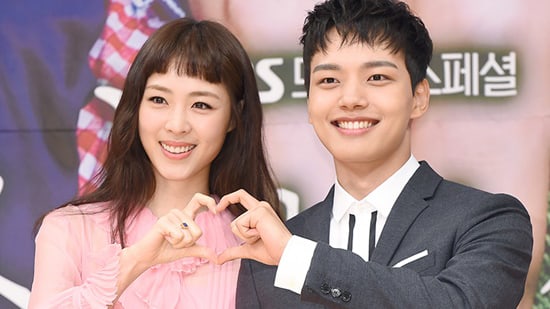 On August 10, the cast of SBS’s “Into The New World” attended a press conference and answered questions about the drama, which is a fantasy romance drama about a young high school student who is reunited with his family after coming back to life and discovers the truth about his death.

Actress Lee Yeon Hee said, “After the first episode aired, a lot of my female friends sent me messages. Choi Ji Woo told me that [the drama] seemed like a beautiful fairy tale and that it suited me well.”

She continued, “There are a lot of women close to me who are nuna fans of Yeo Jin Goo. They were all very envious of me and said things like, ‘How could he have a love line with you?’ They even said that they would sent a coffee cart to set for Yeo Jin Goo.”

“Into The New World” airs every Wednesday and Thursday at 10 p.m. KST.

Lee Yeon Hee
Yeo Jin Goo
Into the New World
XPN
How does this article make you feel?