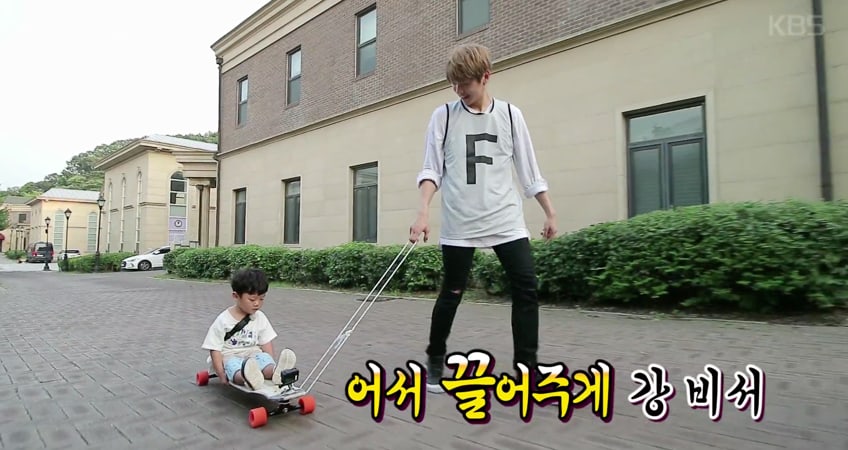 Watch: Wanna One Has Fun With Daebak And His Sisters In New Preview For “The Return Of Superman”

On August 9, KBS released a preview for the upcoming episode of “The Return of Superman” featuring Wanna One.

In the preview, Wanna One spends the day playing with Daebak and his twin sisters, Seol Ah and Soo Ah. The clip shows Kang Daniel teaching Daebak how to ride a skateboard and unintentionally becoming his chauffeur for the day. 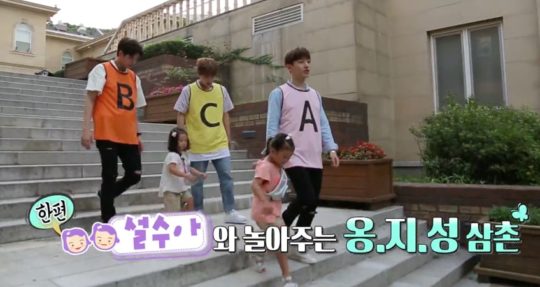 Meanwhile, the other members tend to the twins as they go on a walk somewhere holding hands. Interestingly, each member has a letter on their shirt, hinting that they each received some kind of grade or ranking at the beginning of the play date.

Meanwhile, watch the entire preview below!

Wanna One
Soo Ah
The Return of Superman
Daebak
Seol Ah
How does this article make you feel?