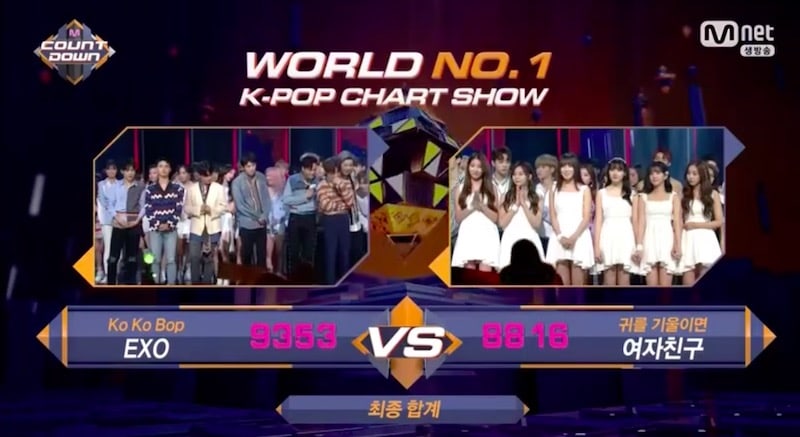 EXO has won a triple crown on “M!Countdown” for “Ko Ko Bop,” in an episode featuring plenty of exciting performances!

This is EXO’s tenth trophy for “Ko Ko Bop,” and also the third week in a row that they’ve won on “M!Countdown,” which means the song has won a “triple crown.”

Girls’ Generation made a comeback in this week’s episode of “M!Countdown” with “Holiday” and “All Night” off their 10th anniversary album.

“Produce 101 Season 2” finalist group Wanna One made their debut in this week’s episode of “M!Countdown” with performances of “Energetic” and “Burn It Up.”

Boyfriend also made a long-awaited comeback with their new track “Star.”

Fantagio’s new girl group Weki Meki performed their debut title track “I Don’t Like Your Girlfriend” as well as “Stay With Me.”

Congratulations to EXO on winning their first triple crown for “Ko Ko Bop”!