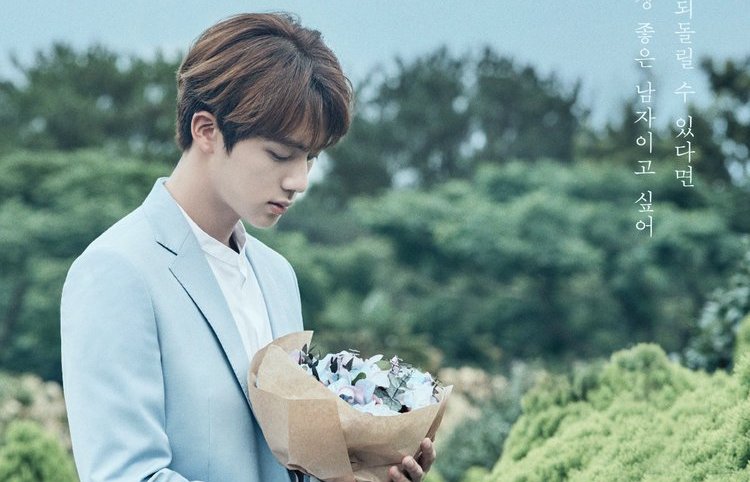 BTS has now shared a “Love Yourself” poster in which Jin holds his bouquet of those now famous flowers that sparked the “Smeraldo” fan theory.

The text on the poster reads, “If I could turn back time, I want to be the greatest man in the world.” 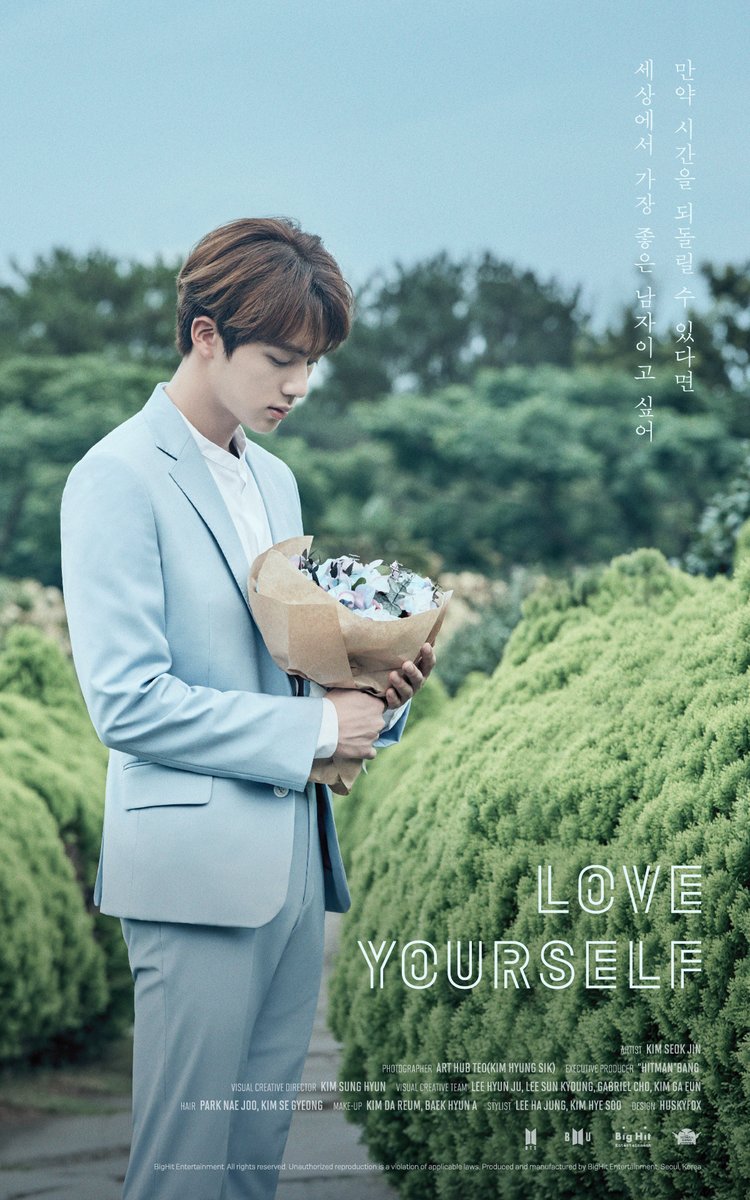 J-Hope’s poster for BTS’s “Love Yourself” series has now been revealed.

“If you shine, then I’m alright,” the text on his poster says. 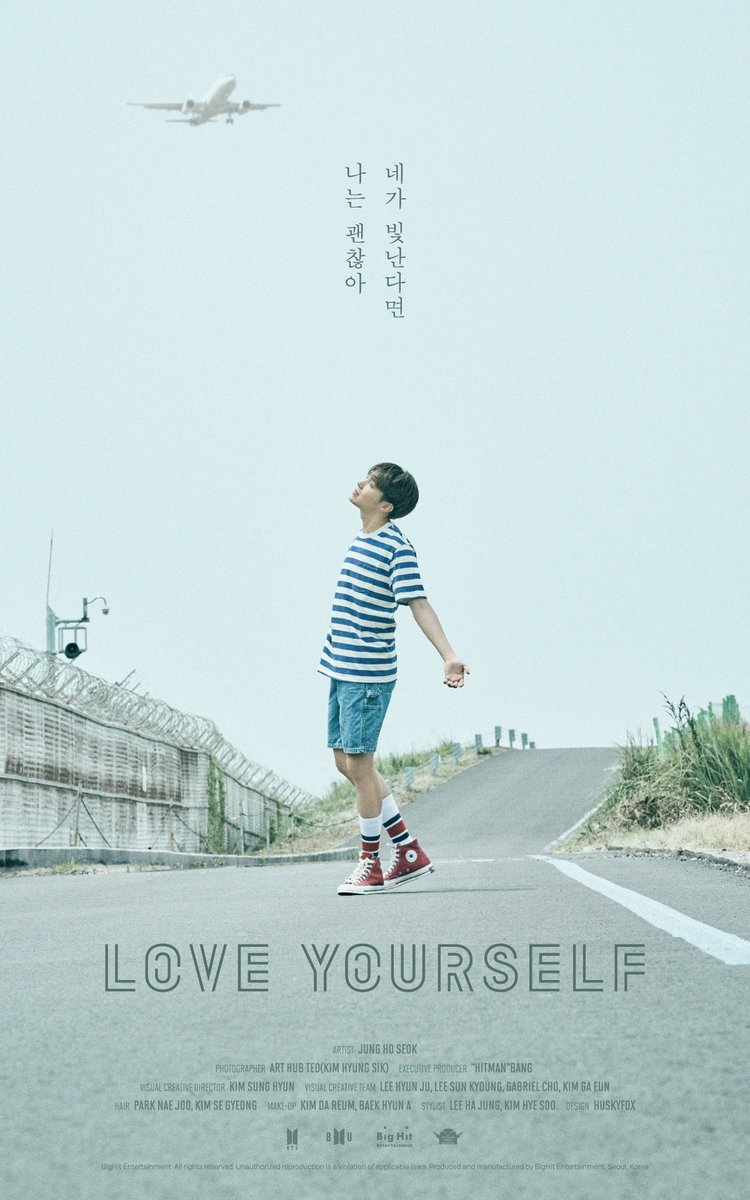 BTS’s V is the latest member to feature in a poster for “Love Yourself.”

The text on his poster reads, “Would you not have left? If I had made a different choice.” 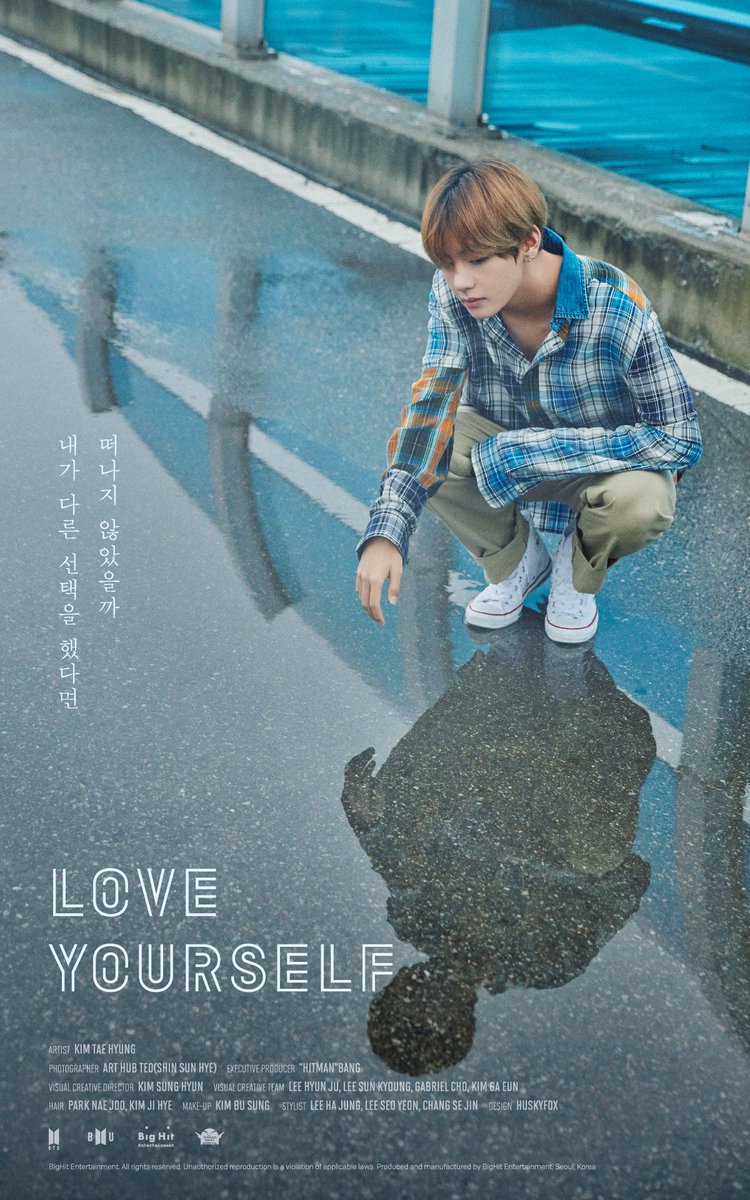 Another poster for BTS’s “Love Yourself” series has now been released, this time featuring leader Rap Monster.

“I look only at your back,” the text reads. “Because it’s not the time now.” 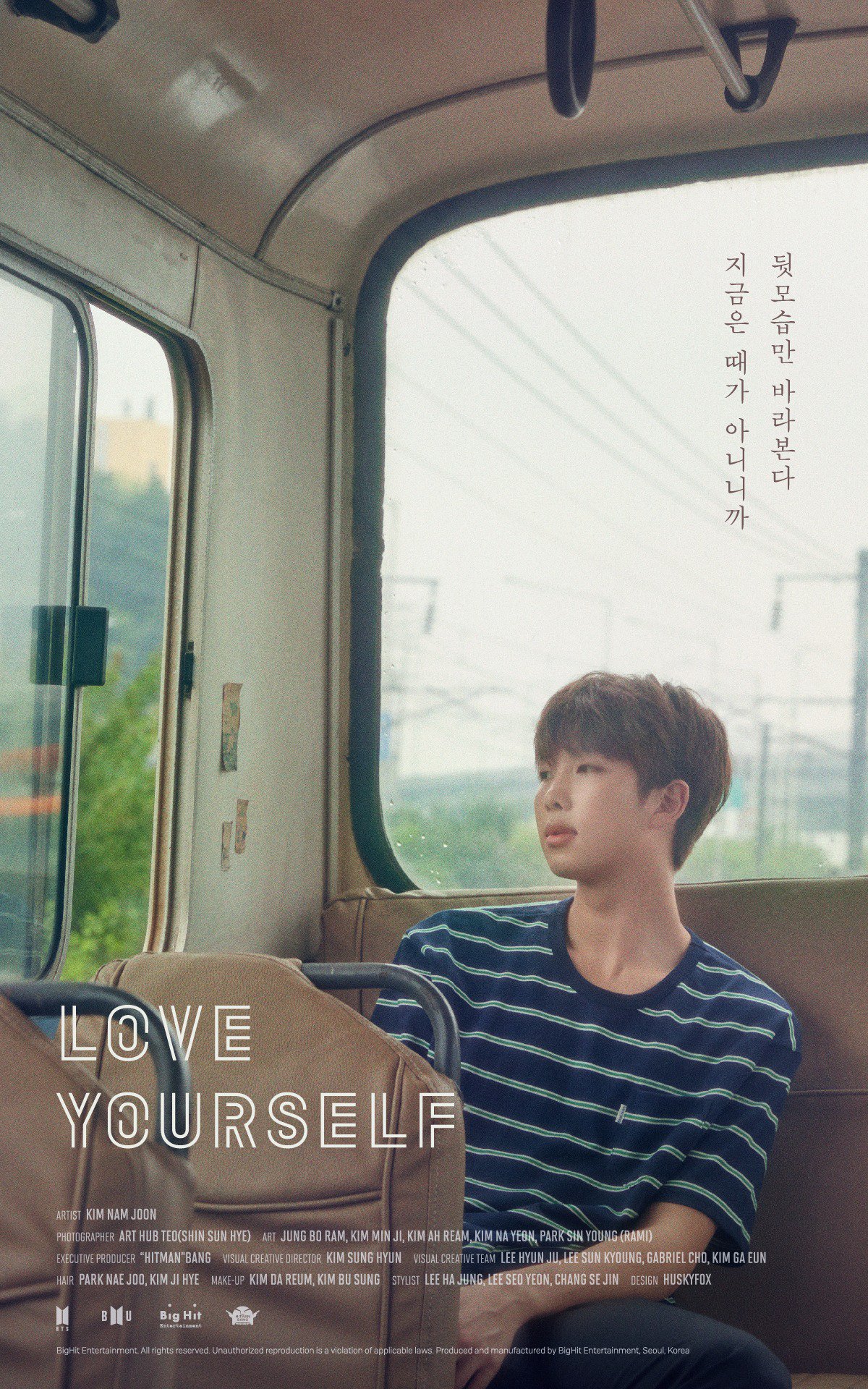 Shortly after releasing Suga’s poster for “Love Yourself,” BigHit Entertainment has now shared Jimin’s poster. The text on his poster reads, “I lied. Because there’s no way you’d love someone like me.” 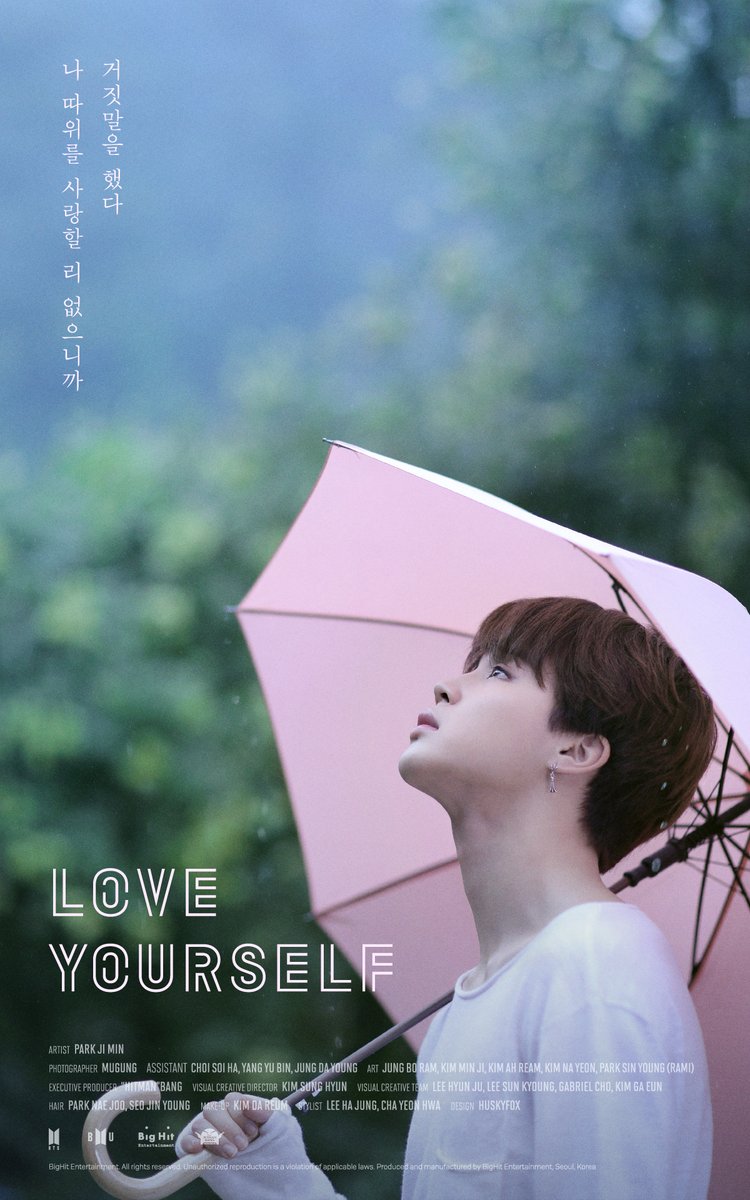 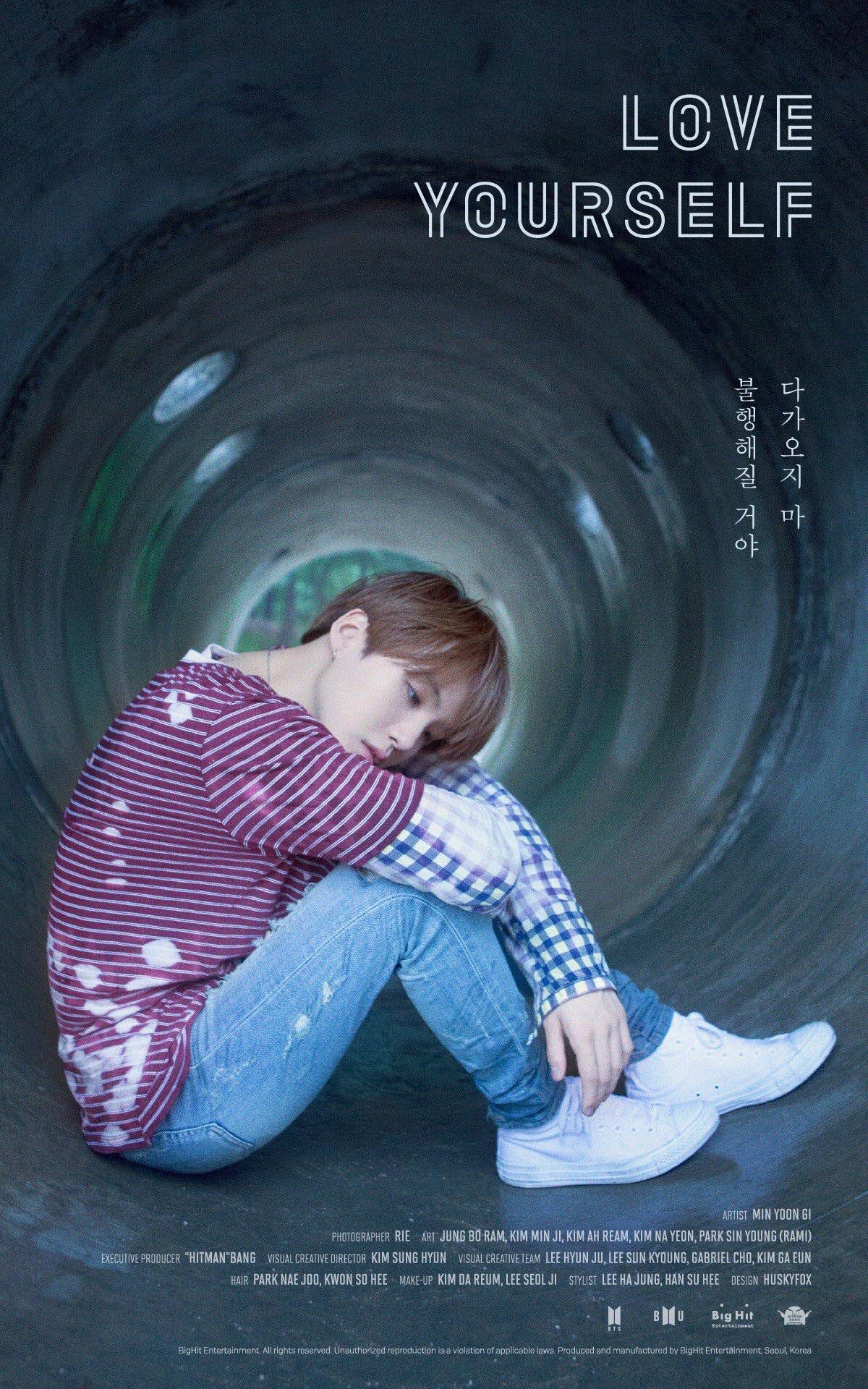 After releasing a poster featuring Jungkook earlier today, BigHit Entertainment has shared some insights into BTS’s “Love Yourself” series.

“Love Yourself” has been described as a large-scale and new series that will continue on into 2018, following BTS’s previous school trilogy, two-part “The Most Beautiful Moment in Life” series, and the temptation-themed “Wings” and and its repackaged version “You Never Walk Alone.”

A source from BigHit Entertainment has stated, “The released poster is a teaser poster that shows the whole story of the ‘Love Yourself’ series which will be continuing on into next year.” They added, “Promotions for the new album that’s planned for September will begin on a full scale later on.” 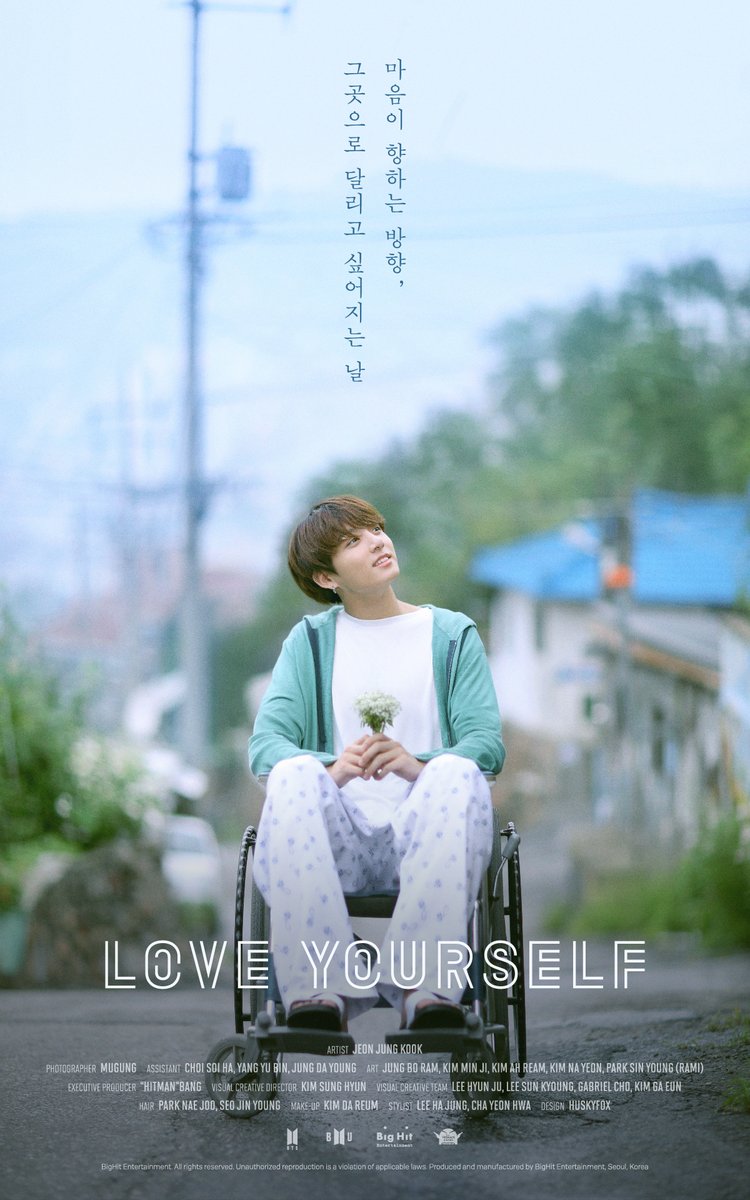 BTS has released their first look at “Love Yourself”!

On August 11 at midnight KST, BTS released a poster for “Love Yourself” that features Jungkook in a wheelchair, holding a small bouquet of flowers. The text on the poster reads, “The direction that my heart points towards, the day that I begin to want to run to that place.”

This poster may be for BTS’ series of videos with the theme “Love Yourself” that was previously reported to be in the planning stages in June, or for something else entirely!

It has also been announced that BTS is preparing to make a comeback in September.

What are you thoughts on the “Love Yourself” poster?