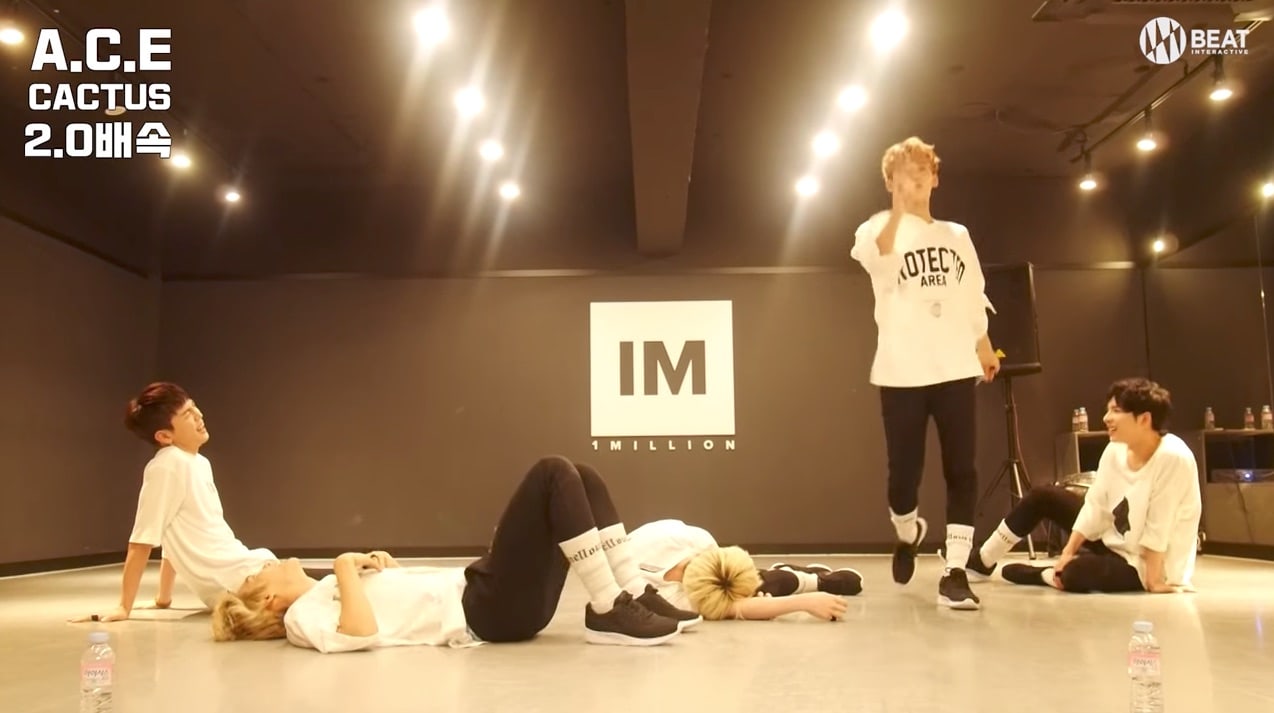 Watch: A.C.E Takes On The Challenge Of Dancing To “Cactus” At Twice The Original Speed

Rookie group A.C.E has taken on the task of dancing to their debut title track “Cactus” at two and 1.5 times the original speed.

To celebrate their “Cactus” music video hitting one million views, A.C.E released the dance practice video on their official YouTube channel. The members decided to take on the tougher challenge first, dancing at twice the original speed. Though the members struggled with some of the moves, with a few shouts interjected here and there, they managed to do the whole dance.

Their second dance at 1.5 times the original speed seemed much more stable, probably because they’d experienced what dancing at twice the speed felt like.