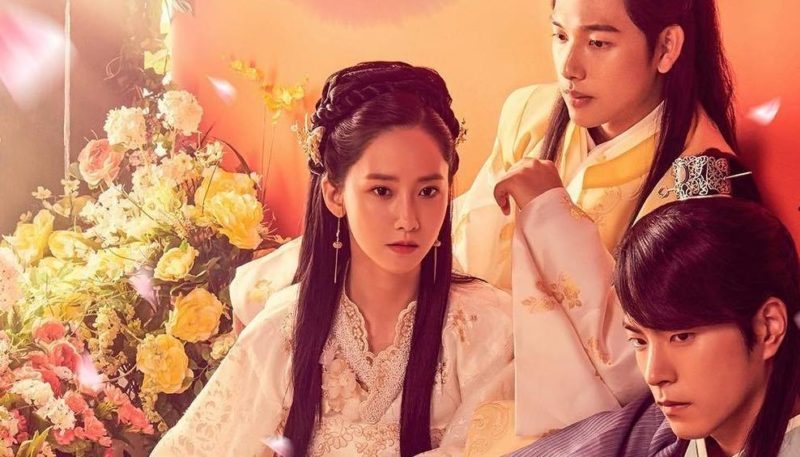 “The King Loves” is MBC’s Monday-Tuesday historical drama that tells the story of a Goryeo prince, his best friend, and the woman they both love. It’s refreshingly lighthearted and funny but also serious enough to bring on the drama, making it a perfect show to start off your week. Keep reading to find out why you won’t want to miss “The King Loves”!

Im Siwan is delightful as Crown Prince Wang Won. Won’s energy can’t be contained by the palace, and hilarity ensues whenever he manages to escape his demanding parents and palace officials.

Be prepared to get major second lead syndrome from this drama: Wang Rin (Hong Jong Hyun) is soft-spoken, sweet, and the most loyal friend the crown prince could ask for. Not to mention incredibly moral and wise beyond his years:

Seriously, in a drama with so many messed up adults, how did he come out this pure and good? 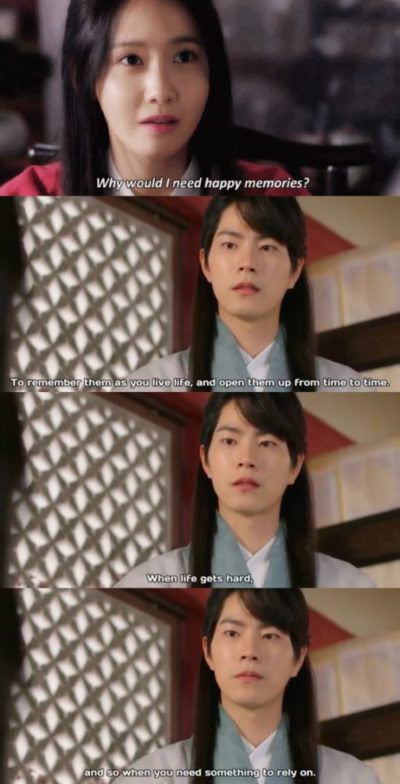 3. A beautiful mix of bromance and brotherhood

Everyone loves a good bromance, and the one between Prince Won and Wang Rin is as goofy and adorable as the best of them. 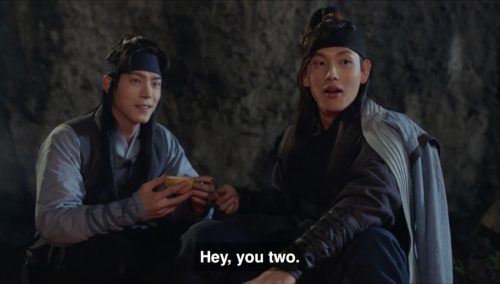 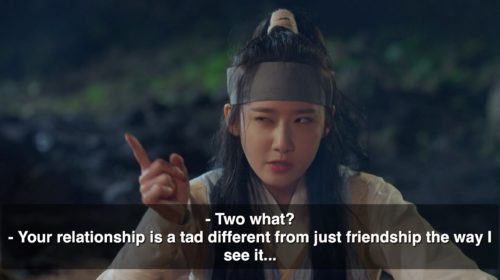 But the bond between Won and Rin goes deeper than your average K-drama bromance; unable to trust even their own families, these two are everything to each other. That is, until Eun San (YoonA) enters the picture.

Hopefully the guys can work out the whole love triangle thing, because it would be heartbreaking to see anything come between this duo.

If you’re a sucker for the beautiful colors, embroidery, and jewelry of sageuk costumes, you’ll love “The King Loves” as the drama shows an endless parade of one gorgeous outfit after another. 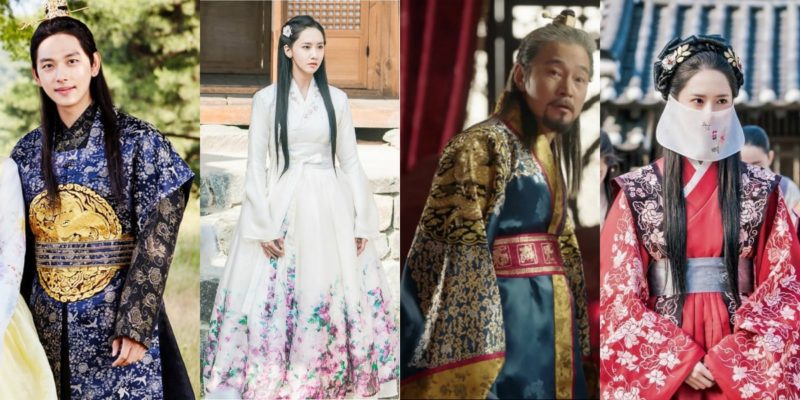 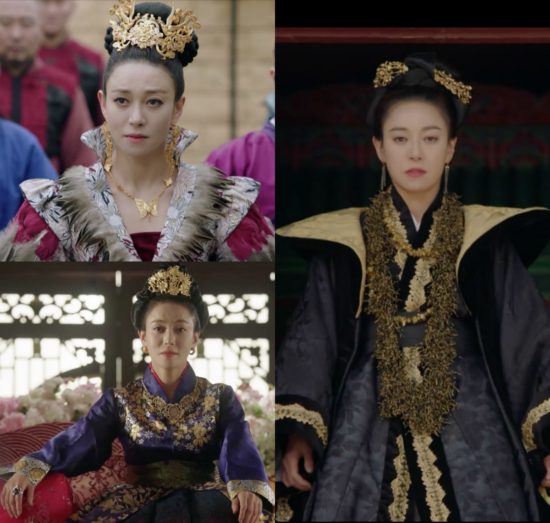 YoonA rocks the girl crush image as the drama’s female lead, with Eun San being an endearing mix of funny and badass that will make you want to be her best friend.

Eun San has two gorgeous guys pining after her, and most of the time she can’t be bothered to care; she has more important things on her mind, like food:

The girl has priorities.

She also knows how to defend herself, and it’s refreshing to have a female lead who gets in on the action instead of waiting for the boys to come bail her out. Plus, YoonA slays these action scenes:

It can sometimes be hard to pick favorites in a love triangle — but in “The King Loves,” it’s nearly impossible. One scene you’ll be cheering for Won and his playful puppy love…

…and the next, your heart will be melting for Rin’s intense, meaningful gazes.

As if the main characters weren’t engaging enough, you’ll also find yourself invested in the supporting cast that surrounds them — specifically, the crown prince’s bodyguards Jin Gwan (Bang Jae Ho) and Jang Eui (Ki Do Hoon). 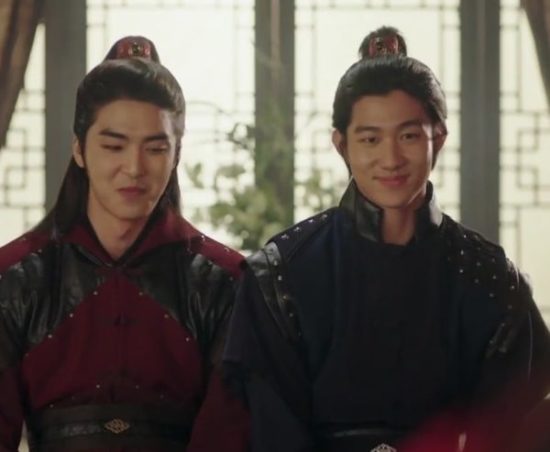 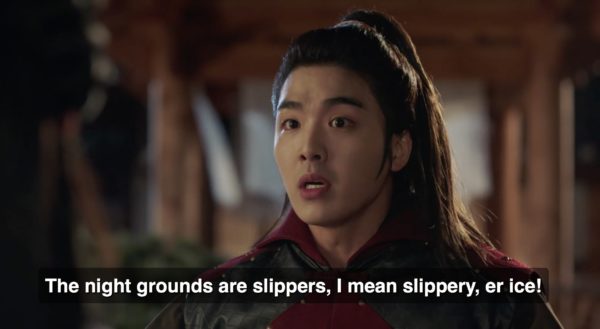 Translation: “It’s icy so don’t slip… also I have a massive crush on you.”

Many sageuks are pretty straightforward when it comes to the bad guys vs. the good guys, and usually it’s a safe bet that whoever is trying to usurp the throne is a power-hungry villain. But in “The King Loves” there’s more than meets the eye. Because Crown Prince Won is of mixed blood (his mother is Yuan royalty from China), the Yuans will maintain their influence over Goryeo if he becomes king.

This means that Goryeo will have to continue the practice of forcibly sending away young women to Yuan as tribute, which, understandably, people aren’t too happy about. 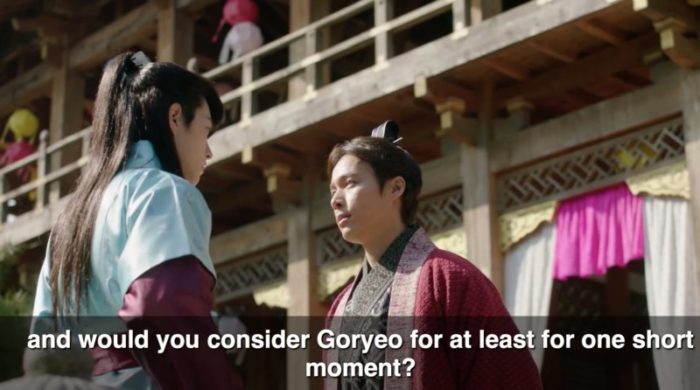 With Rin’s family — and maybe even Rin himself — as the leading competitor for the throne, things could get messy. And if Prince Won turns out to have a hidden dark side, who’s to say the level-headed Rin wouldn’t make a better king for Goryeo?

Will Won and Rin’s friendship survive the political and romantic strife? Who will win Eun San’s heart? Catch “The King Loves” every Monday and Tuesday to find out!

Are you watching “The King Loves”? Tell us what you love about the drama in the comments below!