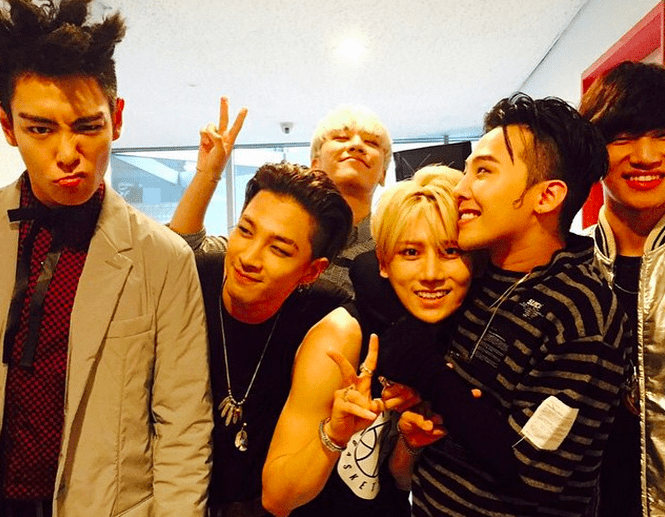 K-pop idols don’t always know when (or if) they’ll ever debut during their trainee period, and many often switch labels in hopes of finding success. But even though they may join a new company and debut in a different group than originally planned, that doesn’t mean they’ve completely forgotten about the friendships they made at their former labels. In no particular order, here are nine times K-pop idols reunited with the other idols they previously trained with.

Way before Samuel Kim stole hearts as a top trainee on “Produce 101 Season 2,” he spent his pre-debut days training as a member of SEVENTEEN. Check out this pre-debut clip of a younger Samuel introducing himself during “Seventeen TV” – while leader S.Coups holds him up toward the camera.

Samuel ultimately left SEVENTEEN and has recently debuted as a solo artist. But his friendship with the SEVENTEEN members never died, and they even reunited during filming for “My Boss is Watching” last year.

More recently, the SEVENTEEN members detailed their support for Samuel Kim’s future success. S.Coups was even spotted in the audience for the “Produce 101 Season 2” finale, supporting both Samuel and labelmates NU’EST.

A little different from the other idol reunions, HyunA and Sunmi were more than fellow JYP Entertainment trainees. The artists actually made up two-fifths of the Wonder Girls’ original lineup in 2007, with HyunA featured in promotions for debut song “Irony” before later leaving the group and joining 4MINUTE in 2009. 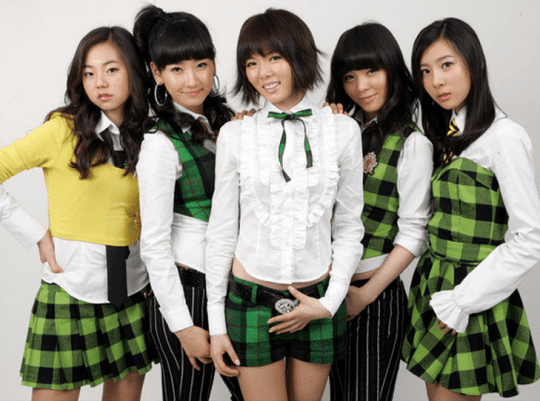 Years later, HyunA and Sunmi reunited during overlapping promotions for their solo singles in 2014. HyunA even documented the long-awaited reunion on her personal Instagram.

MONSTA X’s Shownu and GOT7

Before GOT7 became GOT7 and MONSTA X became MONSTA X, GOT7 members JB and Jinyoung were originally planned to debut as a trio with MONSTA X’s Shownu. The three were super close as trainees – so close that Jinyoung even revealed he cried when Shownu left JYP Entertainment. 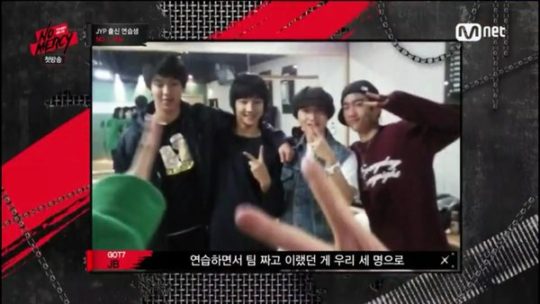 During filming for MONSTA X’s pre-debut survival program “NO.MERCY” in 2014, Shownu reunited with the GOT7 members and recounted their past together over a warm meal.

More recently, Shownu and Jinyoung collaborated in project dance group Six Pack for the 2016 Ultra Dance Festival. GOT7 member Mark also shared this full MONSTA X and GOT7 group encounter on his personal Instagram in 2015.

Much like I.O.I’s formation through “Produce 101,” the current BIGBANG members competed for their spots in the group during the 2006 survival program, “BIGBANG Documentary.” One of the most popular almost-members of BIGBANG is soloist Jang Hyunseung, who still achieved immense success promoting as a member of BEAST until 2016. 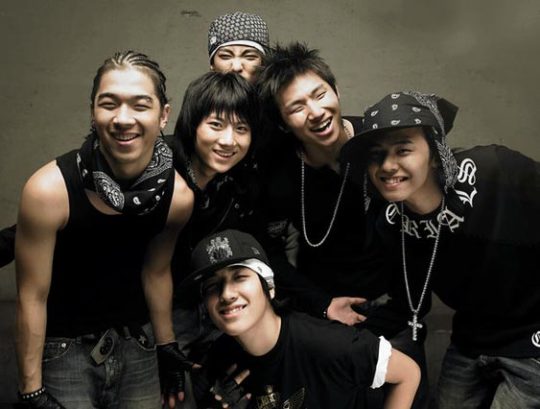 Despite switching companies and being a part of a different group, Jang Hyunseung’s friendship with BIGBANG has no expiration date. The six veteran artists documented their strong relationship in this reunion photo from 2015, almost making you wonder what a six-member BIGBANG would’ve looked like. 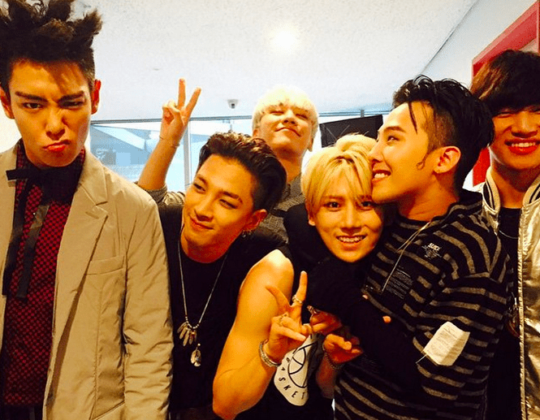 Ailee and SEVENTEEN’s Woozi and S.Coups

While guest-judging on SEVENTEEN’s pre-debut show “Seventeen Project” in 2015, powerhouse soloist Ailee revealed that she used to train with SEVENTEEN’s S.Coups and Woozi before her debut. 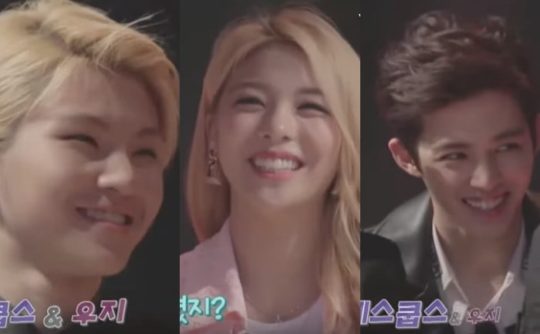 The three have reunited several times since then. In fact, when Ailee performed with a fractured foot for her “Mind Your Own Business” promotions, S.Coups and Woozi helped in assisting Ailee for her encore stage on “Show Champion.” Woozi held Ailee’s trophy, while S. Coups grabbed a stool for her to sit down on.

Ailee also featured on SEVENTEEN’s digital single “Q&A” with S.Coups, Woozi, and Vernon. And just last year, Ailee collaborated with Woozi in the studio for her “A New Empire” EP. The SEVENTEEN musical mastermind wrote the lyrics to Ailee’s duet titled “Feelin'” with Eric Nam. Listen to their collaboration below.

Before BTS made their debut in 2013, the members were hopeful Big Hit Entertainment trainees with future KNK members Seungjoon and Inseong.

Although JYP Entertainment boasts an unmistakable roster of successful artists, the label has also missed out on an array of accomplished stars over the years. Hyorin, Song Ji Eun, EXID’s Hani, and BESTie’s Yuji were all originally planned to debut as a four-member group, but it inevitably fell through – resulting in the ladies joining separate companies and different groups.

While promoting as a member of SISTAR, Hyorin reunited with Hani in this hilarious clip of SISTAR attempting to teach the EXID members their “Shake It” dance in 2015.

Both previously artists under JYP Entertainment, Jay Park and HyunA developed a close friendship during their trainee days – collaborating for this dance performance on “Star King” in 2009.

Proving their friendship is still alive and well, the two reunited once again when HyunA starred in Jay Park’s 2015 music video for “You Know.”

The multi-talented mogul took to Instagram to publicly thank HyunA for appearing in the video as well.

Having spent years together as trainees, Jeon Somi and TWICE’s Chaeyoung were best friends long before survival program “Sixteen” documented the journey for trainees to debut in TWICE. 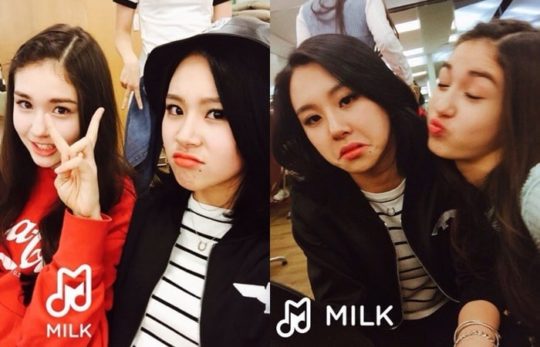 Even though Somi didn’t make the final cut, the two still continued to support each other’s activities. Chaeyoung congratulated Somi on her debut in I.O.I through this adorable video call, and Somi cheerfully celebrated TWICE’s first music show win on stage with them as well.

The JYP Entertainment labelmates even snapped these super cute pictures together when they ran into each other at a broadcasting station last year. 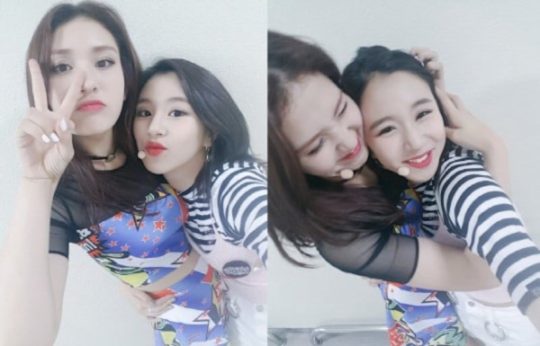 Soompiers, what are your favorite idol reunions? Let us know in the comments!