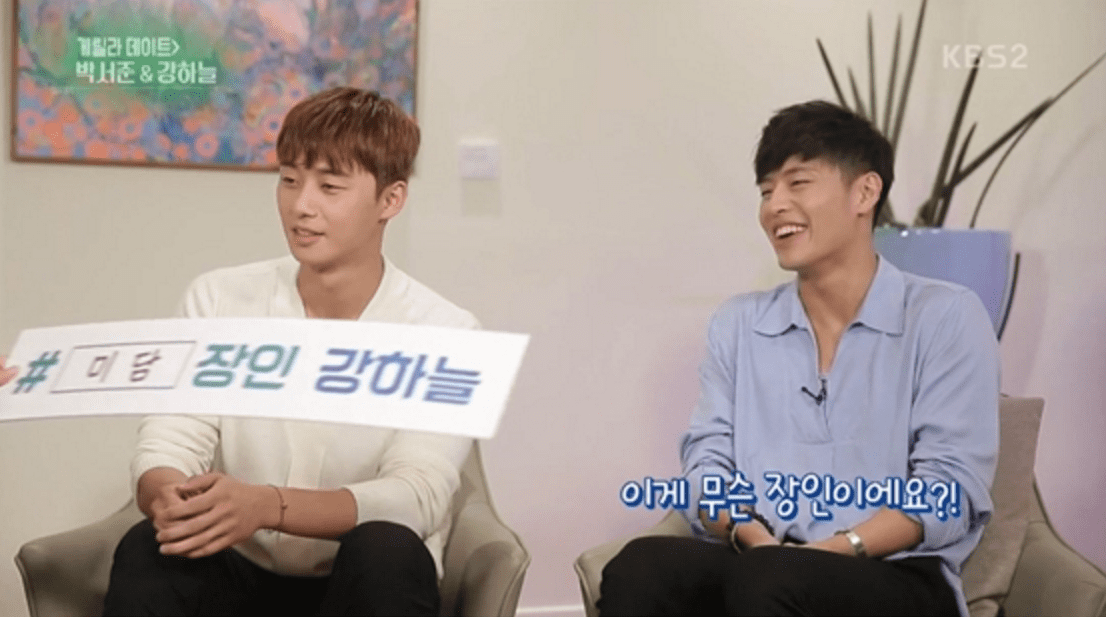 In their interview, both actors said that they gave up on their good looks to play their characters in the film. Park Seo Joon revealed that he didn’t have any makeup on at all and Kang Ha Neul added that they wanted to portray the reality of a police academy recruit’s life. Both also cut their hair for the movie. 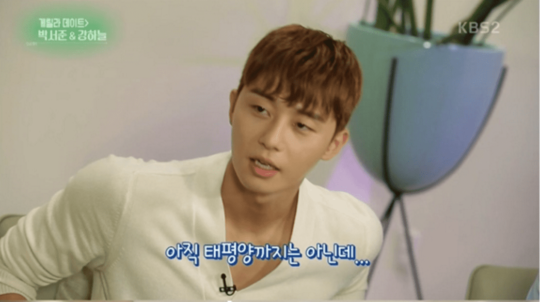 Fans have been treated to the blossoming bromance between the two throughout their promotions for “Midnight Runners” and it only continued when they were asked to pick each other’s best traits. Park Seo Joon said, “Kang Ha Neul’s smile is beautiful. He smiles with a wide-open mouth.”

Kang Ha Neul compared Park Seo Joon’s shoulders to the Pacific Ocean and said, “He has a confidence that comes out of his wide shoulders.” 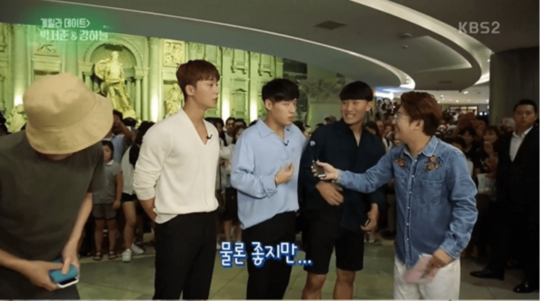 When the guerilla date with their fans began, the reporter asked them teasingly, “You two are really close, right? How long have you been dating?” Park Seo Joon joked, “It’s been five months now.”

Both actors also said they would rather win the Best Couple Award at the end-of-year awards ceremonies than a Best Actor Award. (However, since they were playing the Lie Detector game, Park Seo Joon’s answer was found to be a lie.)