EXO is not only taking over the music charts, but the fashion industry as well! SuperELLE Magazine has chosen EXO’s Sehun as their very first cover model for his striking visuals, talent, and fashion sense. 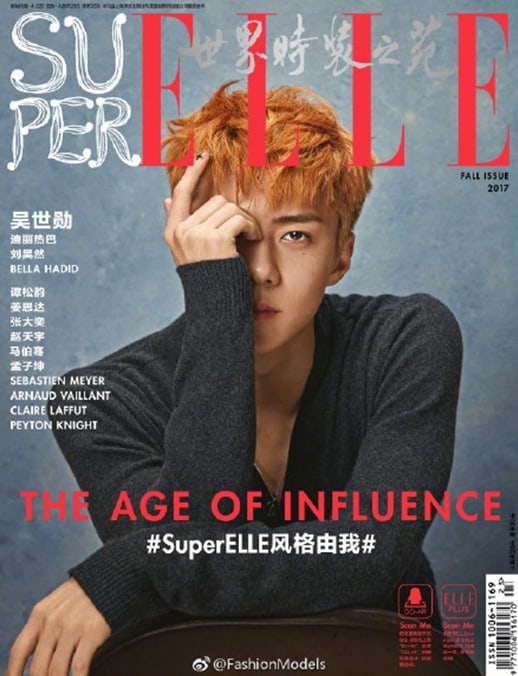 SuperELLE Magazine is Elle Magazine’s new Chinese magazine that will cover fashion and lifestyle targeted for readers in their teens and 20s. EXO’s Sehun (Korea), Bella Hadid (U.S.), and Liu Haoran and Dilraba (China) were chosen as the four cover models to represent their countries.

Recently, Sehun ranked No. 1 in Chinese social media Weibo’s weekly celebrity rankings for the week of July 31 to August 6, proving his massive popularity throughout Asia.

The first issue of SuperELLE Magazine will be released on August 20 in China.

EXO
Sehun
Elle Magazine
SuperELLE Magazine
How does this article make you feel?