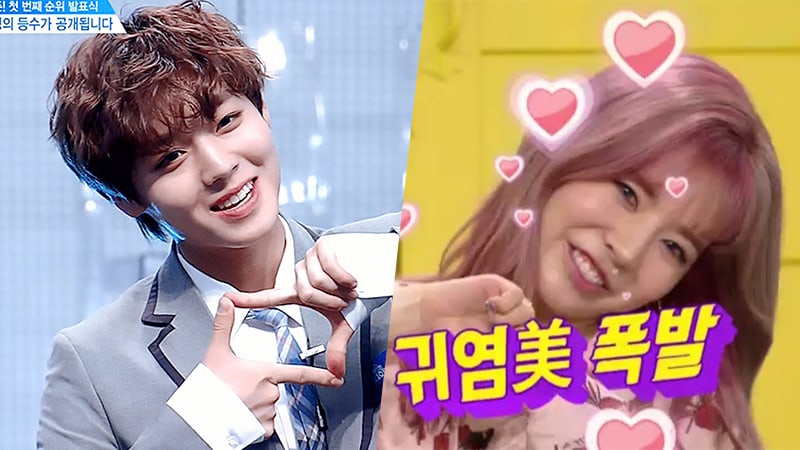 Anyone who has watched “Produce 101 Season 2” knows about Park Jihoon’s signature “Save You In My Heart” aegyo move and Girls’ Generation tried their hand at it recently on “Happy Together.”

First, Girls’ Generation’s Sunny made the MCs of “Happy Together” smile with her pro-level aegyo while her fellow members stared with frozen expressions, which caused the MCs to burst out laughing. The MCs then asked her to try Park Jihoon’s aegyo move.

Before showing her own attempt at it, Sunny pointed out that YoonA could do the aegyo move in a neat, refreshing way. Then Sooyoung put her own silly twist on it, delighting the MCs with her witty sense of humor. Then, as Girls’ Generation’s aegyo expert, Sunny topped it all off with her own adorable take.

Meanwhile, in the same episode, Girls’ Generation also revealed which members have changed the most since their debut.

Watch their versions of the famous aegyo move below!

Girls' Generation
Wanna One
Happy Together
Park Jihoon
How does this article make you feel?