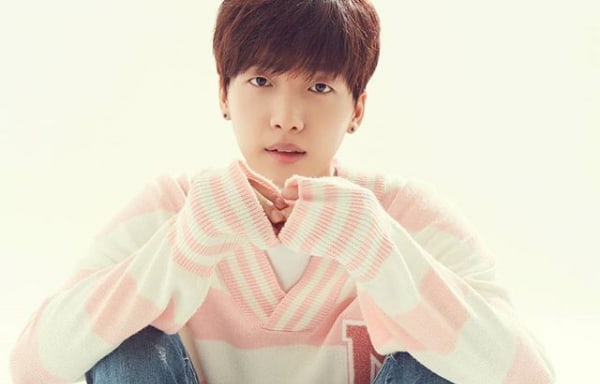 On August 11, ahead of his much anticipated debut, Jeong Sewoon recently tweeted behind the scenes photos from the recording studio.

In the photos, Jeong Sewoon casually poses for the photos with rapper Sik-K and producers Groovy Room, as they all lounge about in the recording studio. The photos are hashtagged “#SEWOON_ing #recording #GroovyRoom #Sik_K.”

The former 12th place “Produce 101 Season 2” contestant previously released details on his upcoming debut album, which will be released on August 31. The album will contain tracks from famous producers such as Primary, Groovy Room, Brother Su, MIND U, Duble Sidekick, and more and will feature artists such as Sik-K, Yoo Seung Woo, and Kwang Hyun.

Are you excited for Jeong Sewoon’s debut?