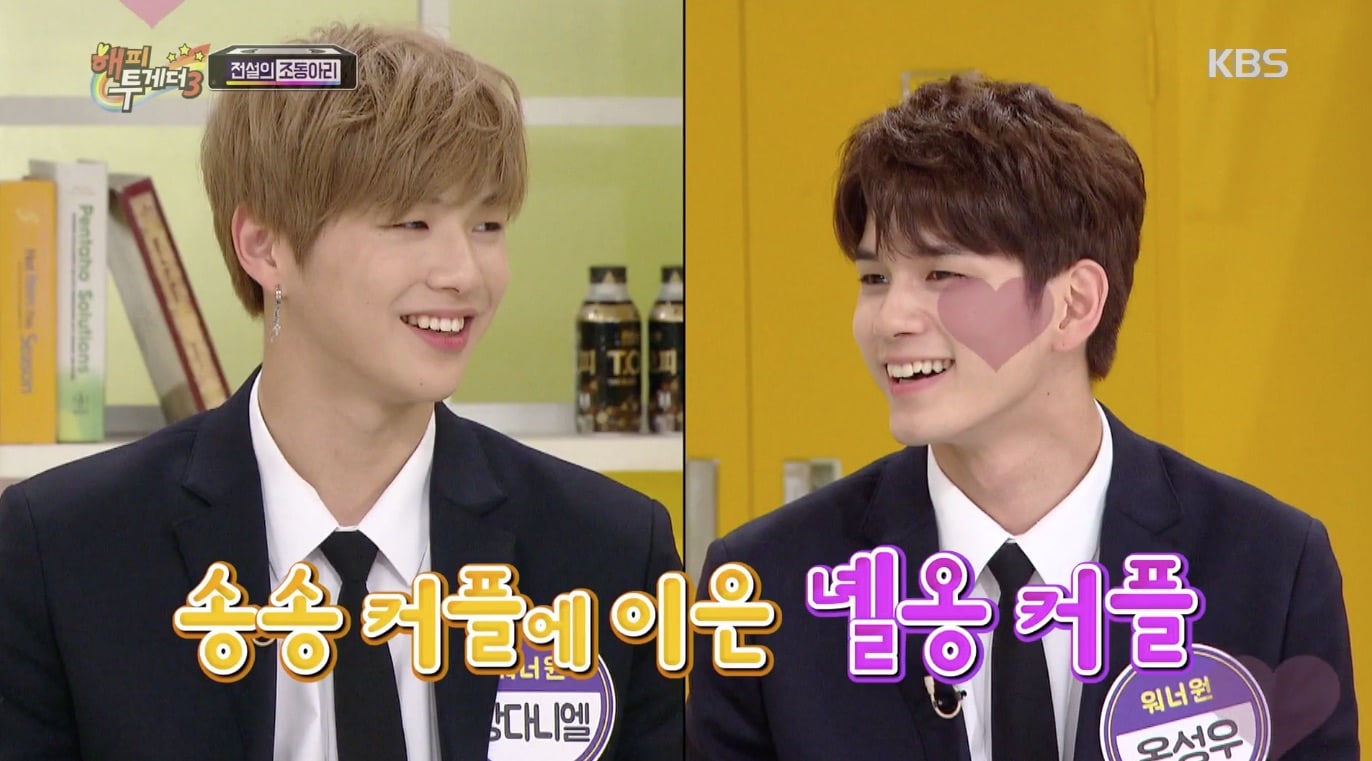 On August 10, Wanna One guested on KBS2’s “Happy Together.” In the episode, several members were asked to act out some scenes from the legendary drama “Descendants of the Sun.”

Ong Sung Woo begins by holding up a water bottle and asking, “What is this?” Kang Daniel responds, “It’s nothing, I think there’s been a misunderstanding.” to which Ong Sung Woo adorably reacts angrily. 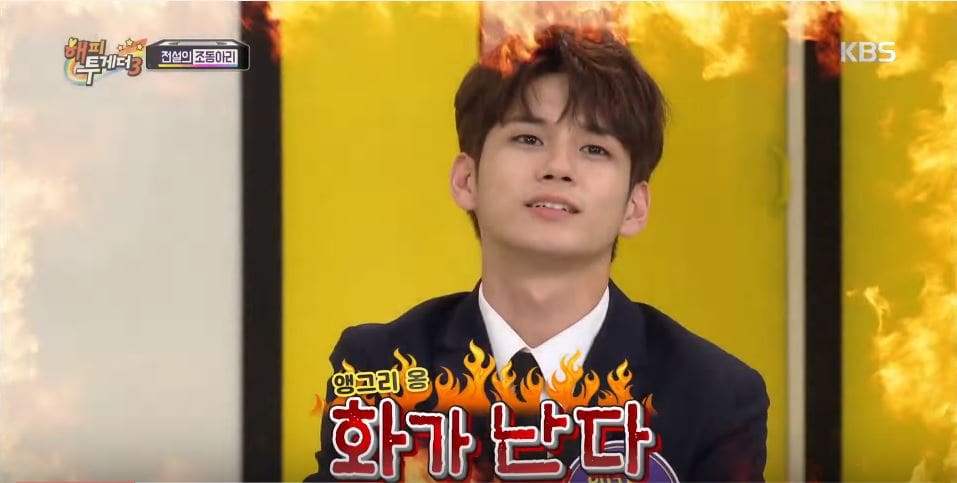 Kang Daniel explains, “It’s from a friend, just a friend.” and Ong Sung Woo again angrily retorts, “A friend bought this kind of present? You must have a good friend” to which Kang Daniel appears flustered and doesn’t know how to respond. 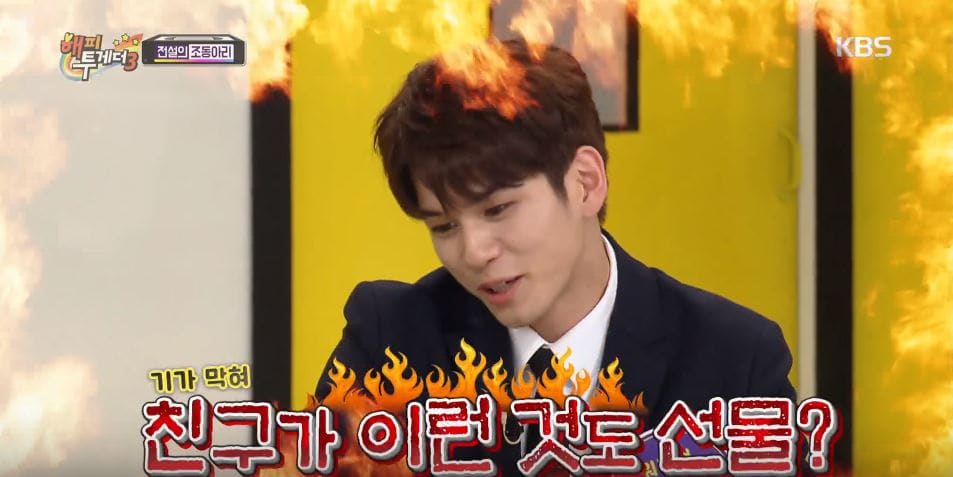 Kang Daniel then tries to appease Ong Sung Woo by hugging him tightly, and showing off his signature “eye-smile”, as the “Happy Together” cast and Wanna One members watch on eagerly. 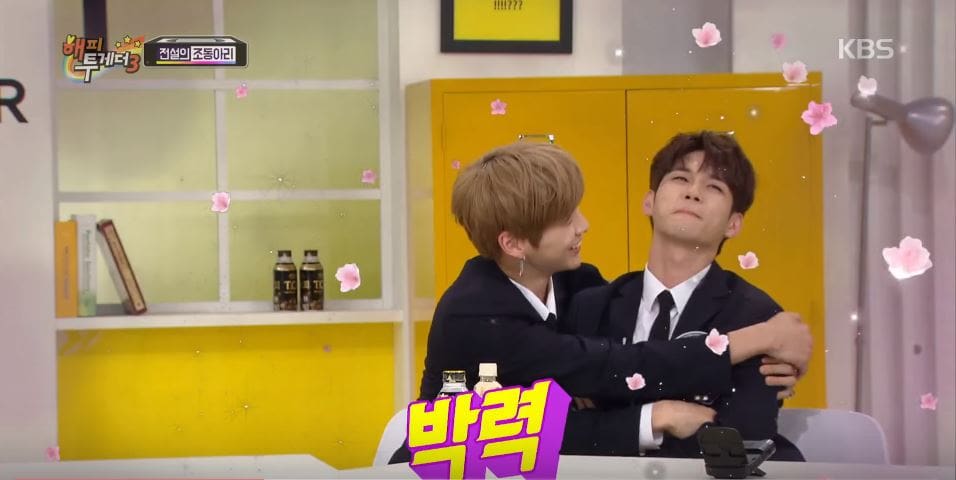 The scene ends as the two make up and Kang Daniel admits, “Since I made the mistake, I don’t make excuses and apologize straightforwardly.”

Wanna One
Descendants of the Sun
Happy Together
Kang Daniel
Ong Seong Wu
How does this article make you feel?