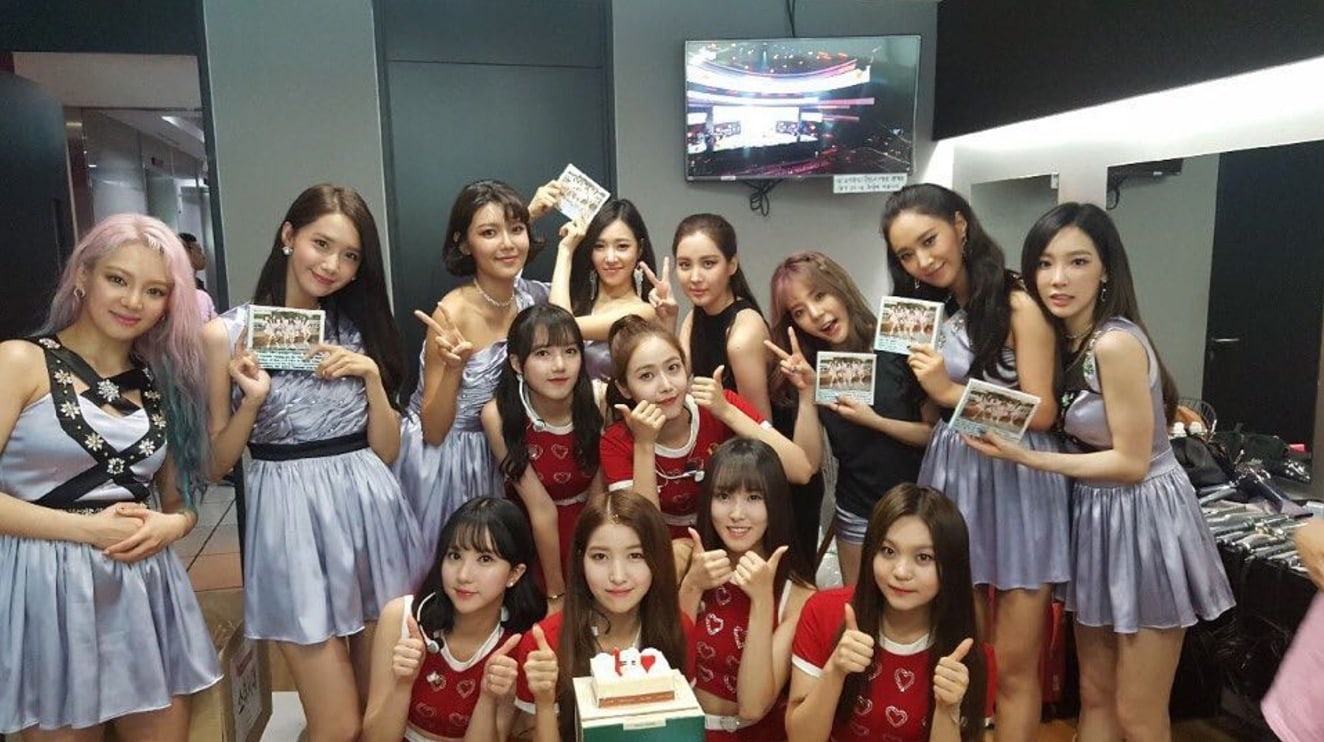 Girls’ Generation is currently promoting their 10th anniversary album, and GFRIEND joined in on the celebrations!

From the photo, it looks like GFRIEND not only prepared copies of their latest album for their senior group, but a cake as well.

GFRIEND is currently promoting their latest title track “Love Whisper” while Girls’ Generation is celebrating their 10th anniversary with “Holiday” and “All Night.”

GFRIEND
Girls' Generation
How does this article make you feel?