Super Junior’s Heechul couldn’t win against Girls’ Generation on the August 12 episode of JTBC’s “Ask Us Anything.” 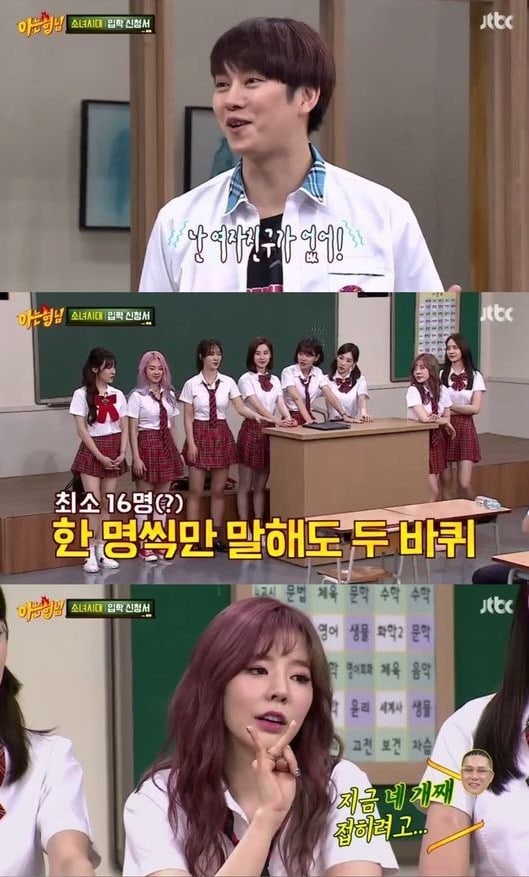 While Heechul is usually resilient against exposing talks about himself, he was no match for the girls. “We know all about Heechul’s past girlfriends. If we were to count them all up we would have to make two laps!” As the rest of the members chatted, Sunny stood quietly holding up two fingers. “He’s had two girlfriends then!” shouted one of the hosts. Sunny responded, “There are seven,” to which everyone burst out laughing.

Heechul defended himself against the teasing by saying, “I don’t have any girlfriends! People even spread rumors that I’m gay!” YoonA quickly responded, “I bet you’re spreading those rumors yourself because you want to be able to meet girls more easily.”

At this, Heechul resigned himself to the girls: “Girls’ Generation wins. They’re really strong. I think I’ve lost my mind now!”

Edit: A previous version of this article contained an error in the number of current Girls’ Generation members.

Girls' Generation
Ask Us Anything
Kim Heechul
How does this article make you feel?