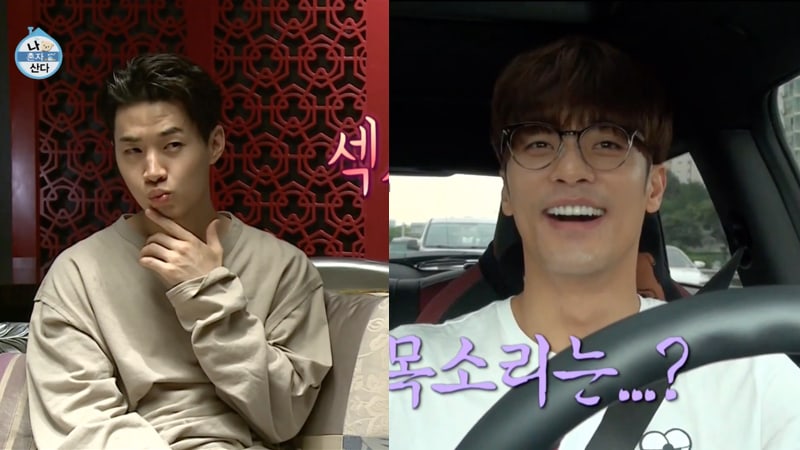 Henry and Sung Hoon are killing it with their segments on MBC’s “I Live Alone.”

On August 12, Nielsen Korea reported that the episode from the previous day had an overall viewership rating of 8.2 percent and 11.9 percent for the first and second halves of the show respectively. According to the media research company, the second half of “I Live Alone” has been recording double digit ratings for eight weeks in a row and broke 11 percent for the first time.

The highly watched second half of the show covered both Henry’s trip to Thailand where he went to receive an award, and Sung Hoon’s easygoing summer vacation. Viewers took notice of how their segments were complete opposites of each other.

Henry’s segment showed the star staying at a fancy room in Thailand where many fans waited for him. Later in the episode, Henry makes his way to radio station, where he is the guest for the day. There are many more fans waiting for him at the station and other members of the show commented, “Maybe Song Joong Ki is making an appearance next,” because they could not believe the number of people who showed up just to catch a glimpse of Henry.

On the other hand, Sung Hoon’s segment was very relaxed and ordinary. He first made his way to an indoor surfing pool, where he attempted to make up for the time he failed to surf during his trip in Los Angeles. After this, Sung Hoon found his way to a comic book room, where instead of reading, he feasted on ramen, fried rice, and hot dogs. However, he was caught red handed by his manager who scolded him for eating so much and dragged him to a gym to make him work out.

Which segment did you like most on “I Live Alone”?

Henry
Sung Hoon
Home Alone
How does this article make you feel?