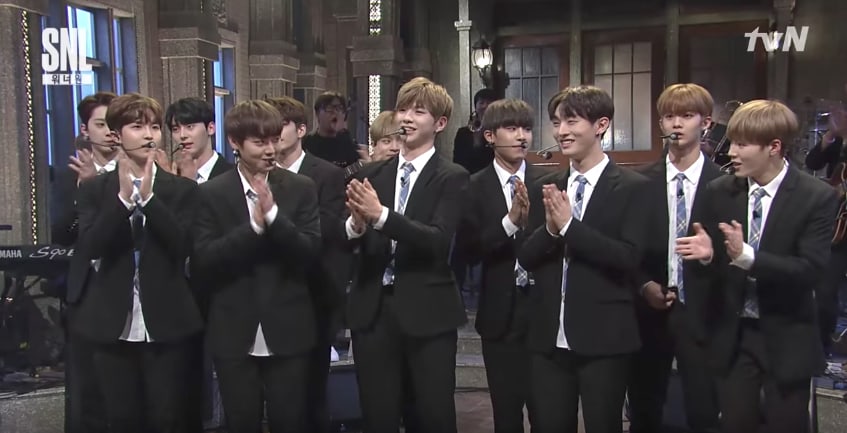 Wanna One has once again solidified their status as one of Korea’s hottest groups.

On August 12, all 11 members of Wanna One hosted “SNL Korea 9” with performances, skits, and parodies. It was revealed that 90,000 people submitted applications to be part of the live audience for this episode.

The highly anticipated episode resulted in this season’s best viewership ratings. According to Nielsen Korea, Wanna One’s episode recorded an average rating of 2.6 percent and a peak of 3.4 percent. However, as the fans flooded the set with screams, viewers at home flooded the SNL online community board with complaints.

Many viewers complained that they were unable to focus on the show because of loud noises from the audience. One netizen wrote, “I honestly think the live audience is going to ruin this broadcast,” while another was disappointed they “couldn’t hear the boys’ voices because the live audience was so loud.”

What did you think of their first episode?