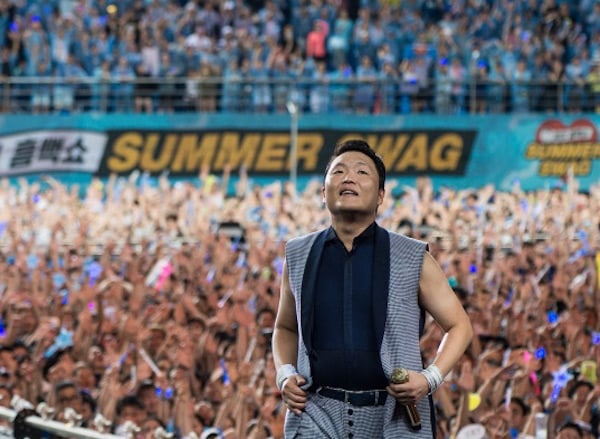 PSY once again displays his unwavering dedication toward his performances.

On August 12, PSY took to his personal Instagram to share pictures of massive bruises on his calf, along with a photo of his concert. The post read, “Around the 2 hour 30 minute mark of performances, I begin to get severe spasms in my right calf because of dehydration. When this happens, I cannot even stand, let alone jump.”

PSY continued, “When I’m performing, I need to prevent showing any signs of what’s going on ahead of time. I prick the area where my circulation has stopped with a need so to get the blood moving again. At first this really hurt, but now I can be jumping easily for 3 hours during my performances. However, I end up looking like this the day after. What do you call this kind of thing? #Thewoundisonlyglory.”

These days, fans can truly see PSY’s dedication to his performances. On July 29, PSY held the first performance of his “SUMMER SWAG” concert at Busan Asiad Main Stadium. This is his first summer concert in 5 years. PSY held concerts at Jamsil Indoor Stadium on August 4 and 5, and another show at Daejeon World Cup Stadium on August 11. The concert tour will continue on through August 26, with shows at Samsung Lions Park in Daegu and the World Cup Stadium in Gwangju.