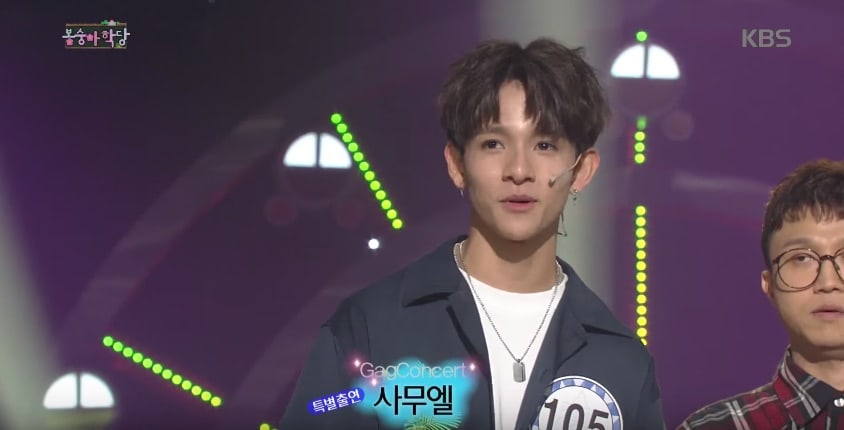 On the August 13 broadcast of KBS 2TV’s “Gag Concert,” Samuel wowed the audience in with a surprise appearance.

After quickly being hooked up to a microphone, Samuel was asked what place he took in “Produce 101 Season 2.” As he went to answer, he was quickly interrupted by Park Hwi Soon who inserted, “You were 105th!” and slapped him on the chest with a 105th place tag. The cast giggled as they noted that 105th is lower than their own ranks for the skit.

Moving on, Ryu Geun Ji challenged Samuel as to whether he could beat the cast members. He began the challenges by asking, “Do you have any of these?” he asked as he lifted his shirt to reveal his abs. Samuel responded by lifting up his own shirt, revealing abs just as tight at Ryu Geun Ji’s. 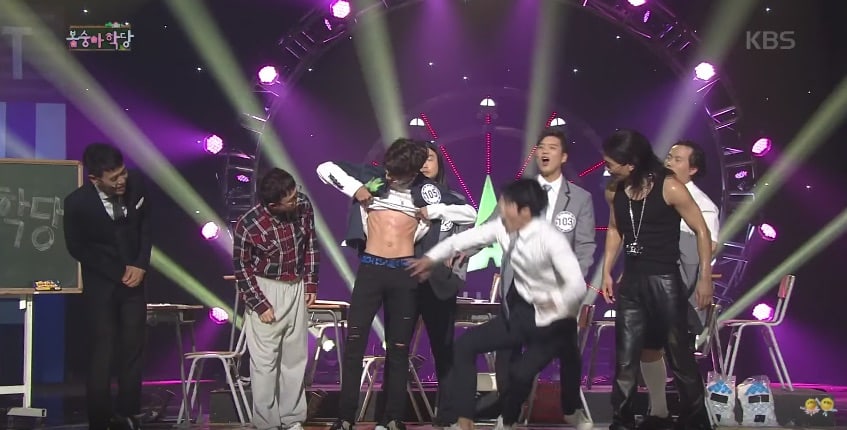 Song Byung Cheol took a stab at Samuel by challenging him to a dance contest. However, his skills where quickly overshadowed by Samuel as the audience was wowed with his unique dancing style.

Finally, Park Hwi Soon took on the young singer by challenging him to a aegyo contest. After witnessing Park Hwi Soon’s attempt at aegyo, Samuel meekly said he didn’t think he could do it. Park Hwi Soon prompted him again to try, to which Samuel responded with cute groans of annoyance which quickly brought him the win. 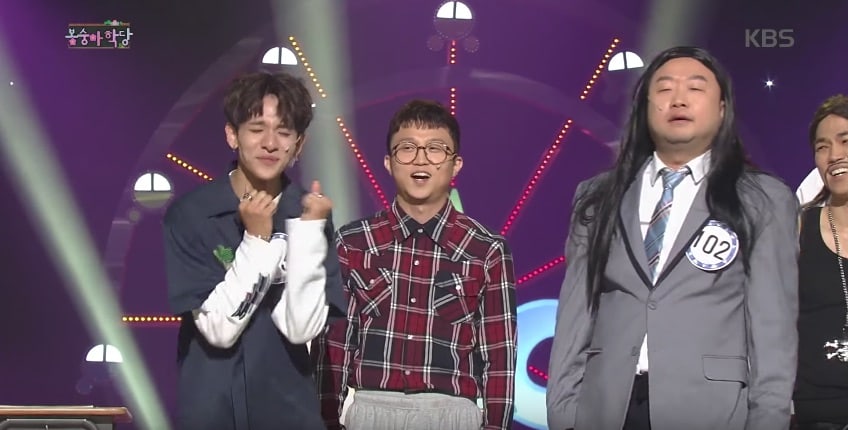 Gag Concert
Samuel
How does this article make you feel?