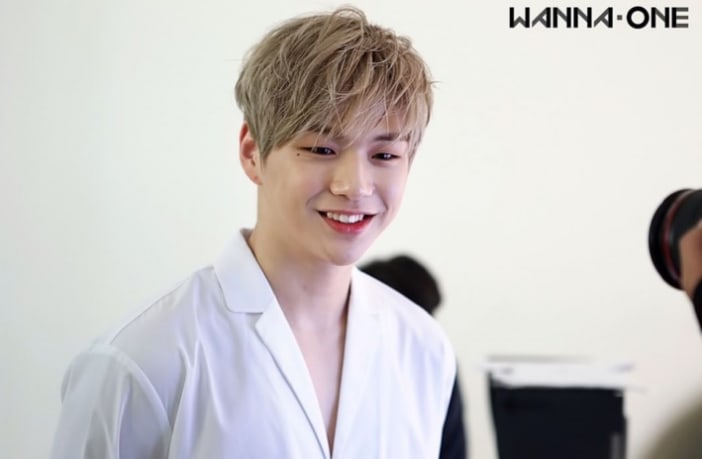 Kang Daniel Has Adorable Reaction To Spilling Water On A Fan

During the signing, Kang Daniel went to make a heart with his hands, when he accidentally knocked over his water bottle with his elbow. The water spilled over onto a fan who was receiving a signature and wet her clothes.

Kang Daniel immediately stood up and stared at the situation in shock. He seemed to have no idea what to do next.

He quickly requested tissues and proceeded to apologize and soak up the water from the fan’s clothes himself.

The fan reassured Kang Daniel that she was fine, but he would not be put off so easily as he grasped her hand and continued to apologize.

A fan posted a video of the incident on twitter with a message stating, “Do you want to spill that water on me too? He was so sorry he could not put her hand down!”

Netizens responded to this event with comments such as “He could spill a whole tank of water on me,” “That was so cute I think I might cry,” and “My heart would stop if he was grasping my hand like that!”

How would you react in this kind of situation?