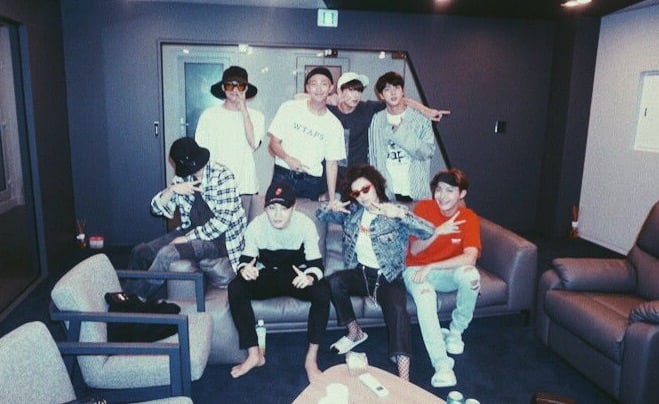 BTS continues meeting up with artists from around the world!

British singer-songwriter Charli XCX shared some photos taken with the group on her Twitter acccount. The singer is currently in Korea and recently performed at Incheon Pentaport Rock Festival.

Some of Charli XCX’s popular songs include “Boom Clap,” “Break the Rules,” and her most recent track “Boys.” She also featured on Iggy Azalea’s “Fancy.”

first day as the newest member of @BTS_twt. love u guys ?????? pic.twitter.com/EyUOWxfBl5

BTS also shared a black and white photo from their Twitter account. Some of the members are wearing hats to conceal their new hair colors.

thank you for coming! @charli_xcx pic.twitter.com/uxfS5RPLy5

Who would you like to see BTS meet next?

BTS
Charli XCX
How does this article make you feel?