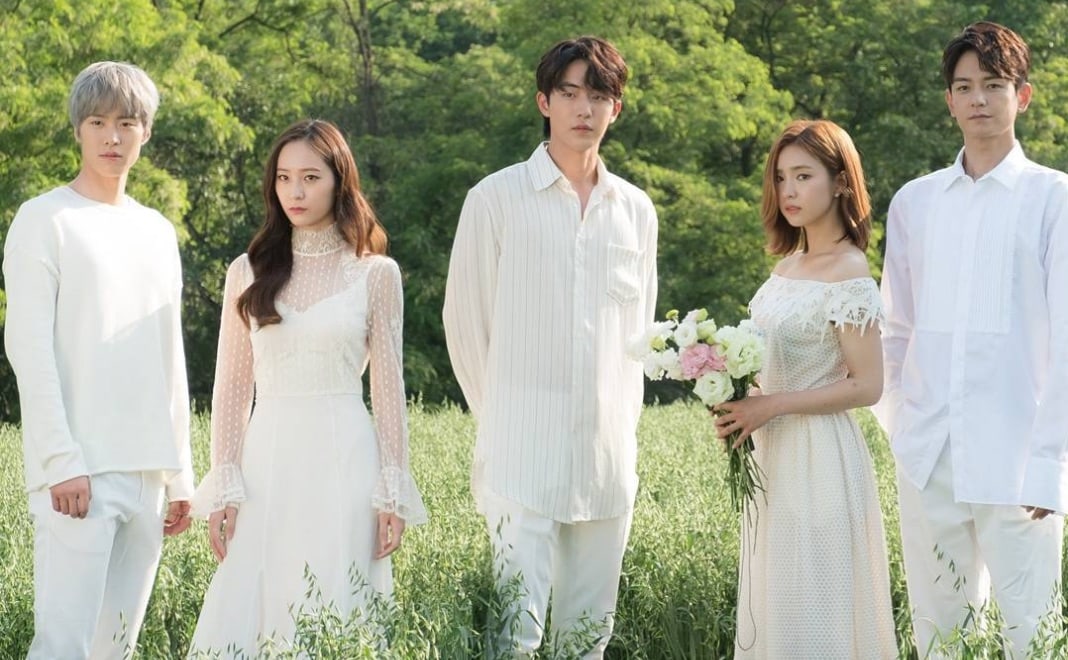 A Classic Tale With A Gorgeous Cast: 7 Reasons To Watch “Bride of the Water God”

Humans have always had a fascination with the existence of gods, their interactions with each other, their immortality and infinite powers, and the legends that surround them. “Bride of the Water God” explores this territory in the modern world and retells (in a unique way) the most often-told story of all time: a love between two people from different worlds. 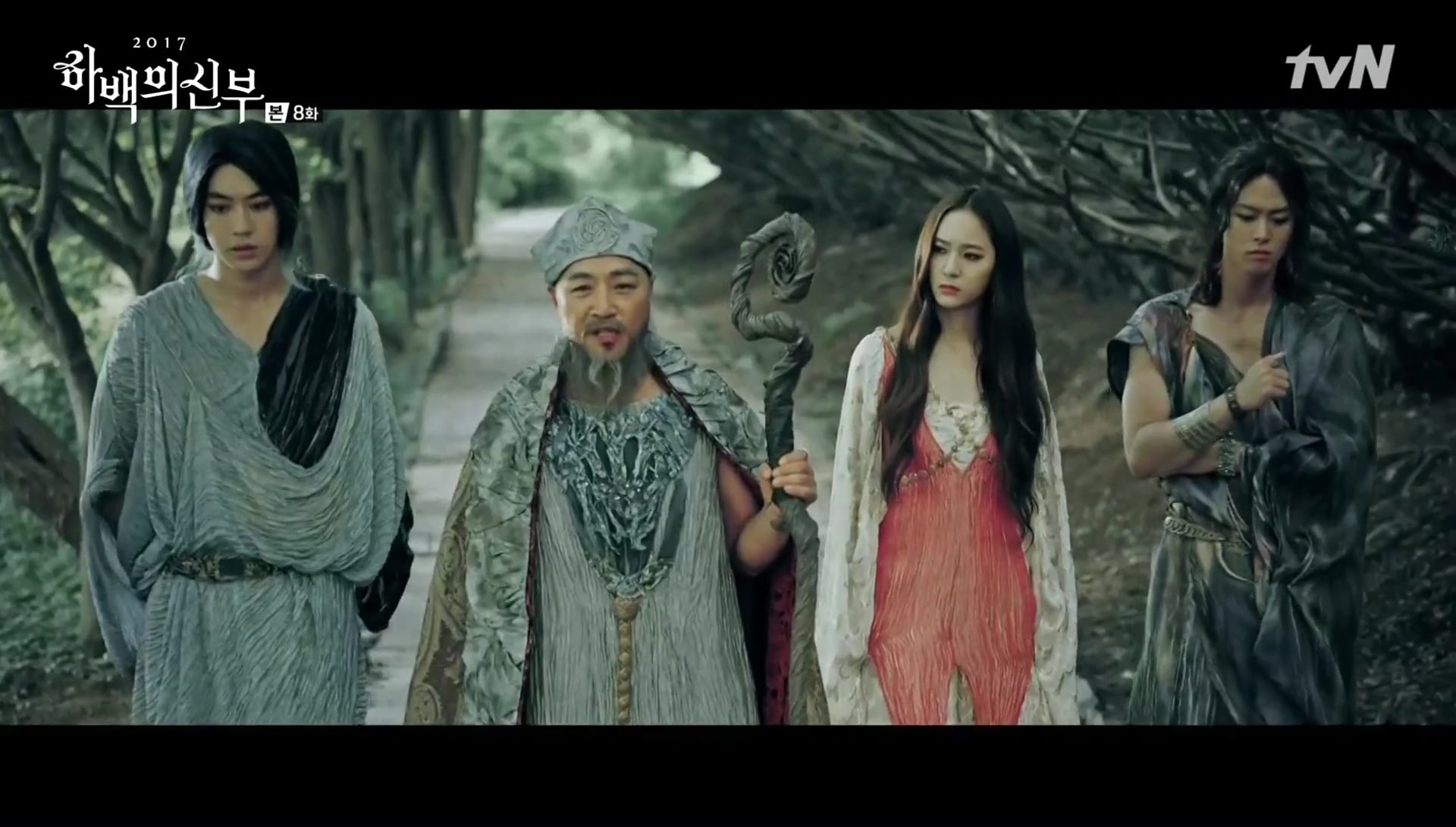 Here are seven reasons why you should watch this drama!

This drama falls under the fish-out-of-water category; or in this case, it’s a god-out-of-heaven story, as we watch Habaek (Nam Joo Hyuk) navigate his way into a new world that’s literally and figuratively beneath him. It’s the dilemma that has plagued the likes of Shim Chung in “The Legend of the Blue Sea,” Prince Lee Gak in “Rooftop Prince,” and other mythical or historical characters that have found themselves in another world.

For Habaek, who is a completely privileged and arrogant soon-to-be King, he has to adjust his ways in order to fit in with mere mortals. It’s hilarious and entertaining to watch him make a fool of himself and embarrass the people around him as he feels entitled to have it all; when in fact, he has absolutely nothing in the real, modern world. 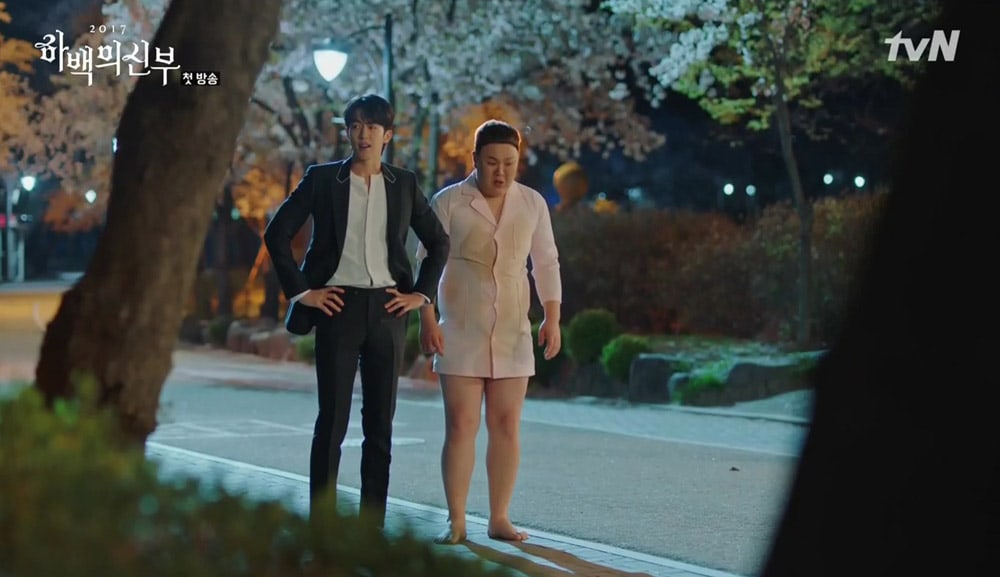 The cast is beautiful

What do you get when you put an incredibly beautiful cast in one drama? You have eye-candy in practically every scene: the lovely Shin Se Kyung (as Yoon Soo Ah), the goddess Krystal (Moo Ra), the mischievous Gong Myung (Bi Ryeom), the all-around charmer Nam Joo Hyuk, and the mysterious Im Ju Hwan (as CEO Shin Hoo Ye). Of course, they’re more than just good looking; they’re chock full of acting talent that can pull you in and make you want to watch for more. 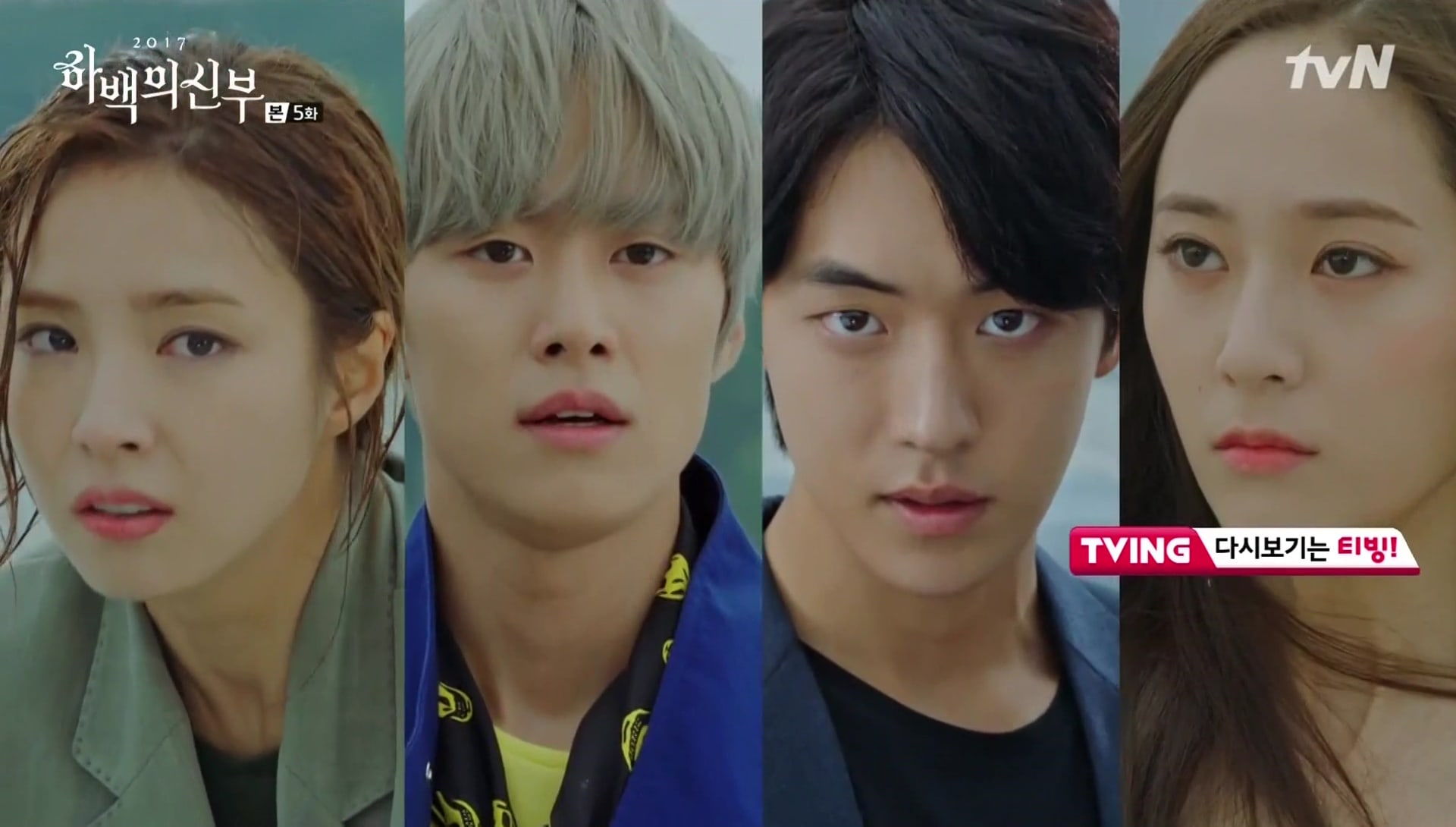 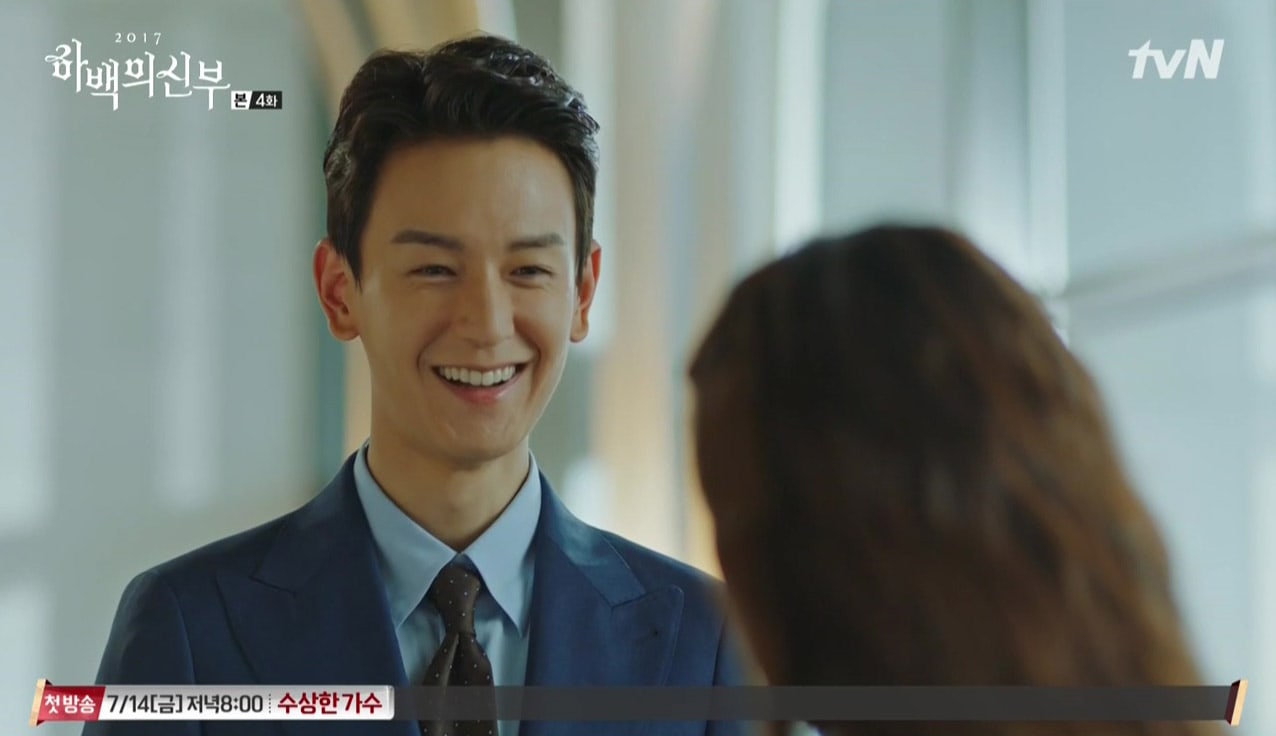 Amid the bickering between Moo Ra and Bi Ryeom (which is more cute than frustrating), there is a deeper reason that motivates these characters: a fight for power. But it’s not as simple as a fight between good and evil. It’s a struggle towards maintaining hierarchy (as Habaek aims to keep the throne) as well as peace and balance in the god and human world. It’s a struggle for Hoo Ye to find his place and acceptance as a half-god with a painful past, and it’s also hard for Soo Ah, as she tries to find her father while dealing with the financial and emotional burden that he left behind. Each and every character has nuances that you might not see right away at first glance, which makes the power struggle all the more intriguing and interesting. 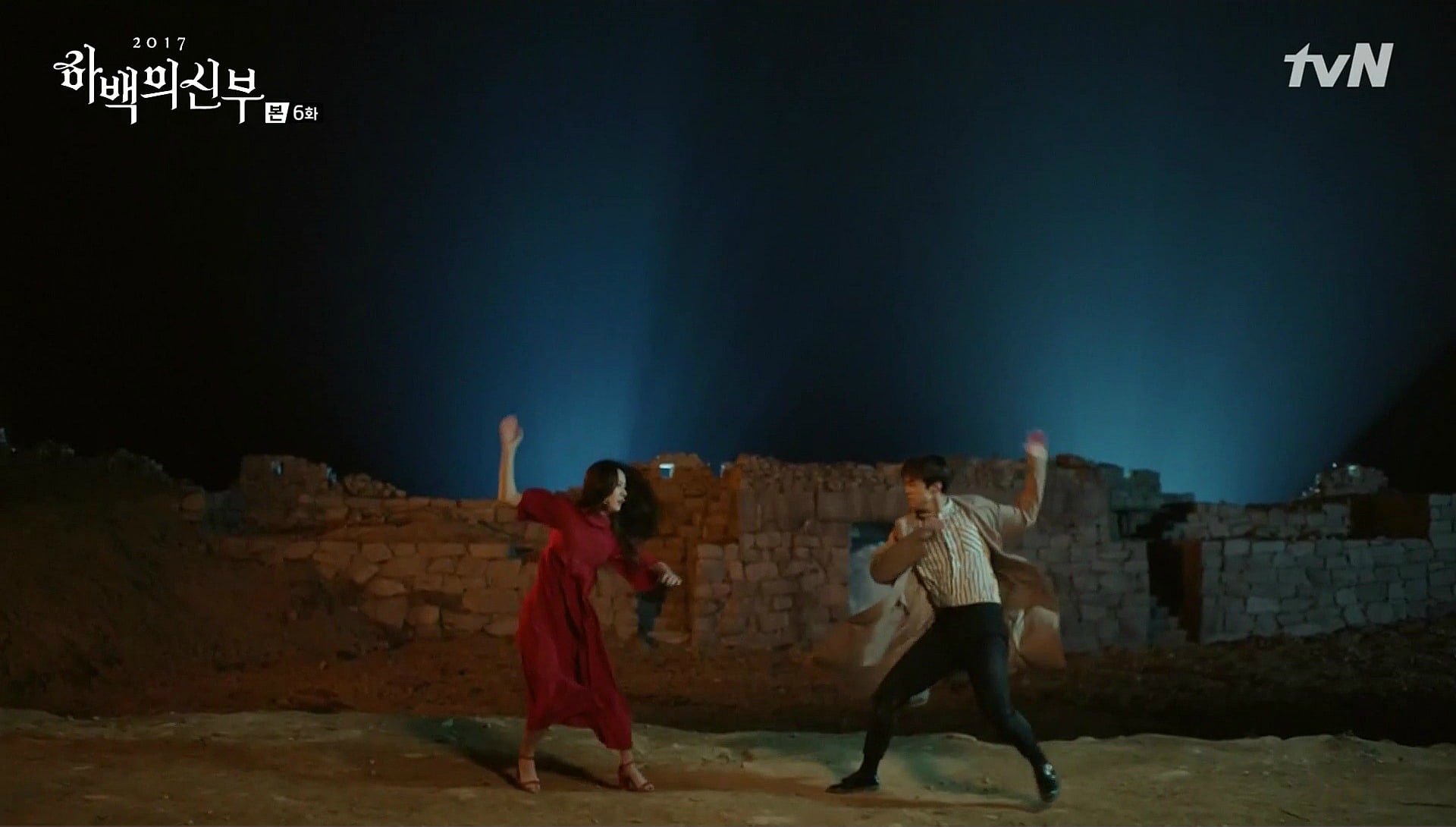 If there’s one thing you’ll notice in this drama, it’s that anything can happen. I mean, it started off with the two main leads being chased by a wild boar! And let’s not forget the skating competition (which Habaek slayed), Bi Ryeom’s ability to control lightning and thunder, and Moo Ra causing her co-stars to faint and convulse on set. So many little random scenes are thrown in for laughs as well as to show the amazing powers of these impulsive gods. You just never know what you’re going to get next. 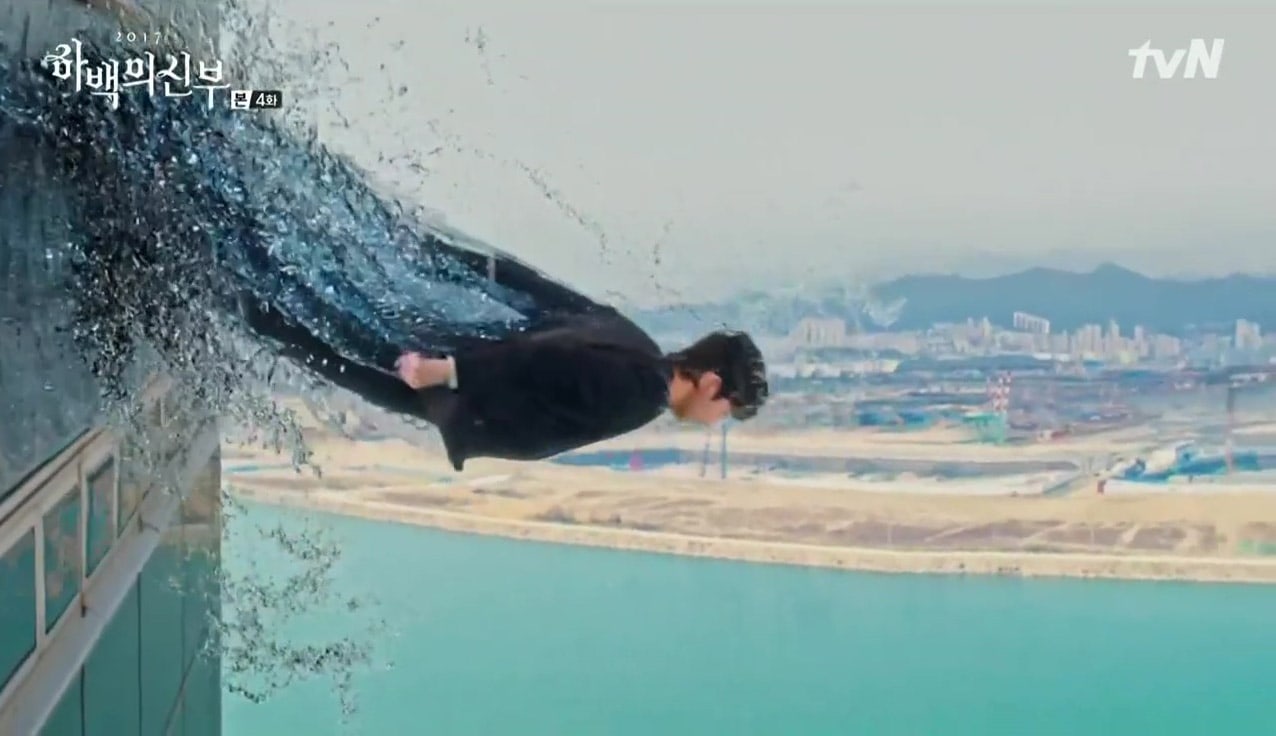 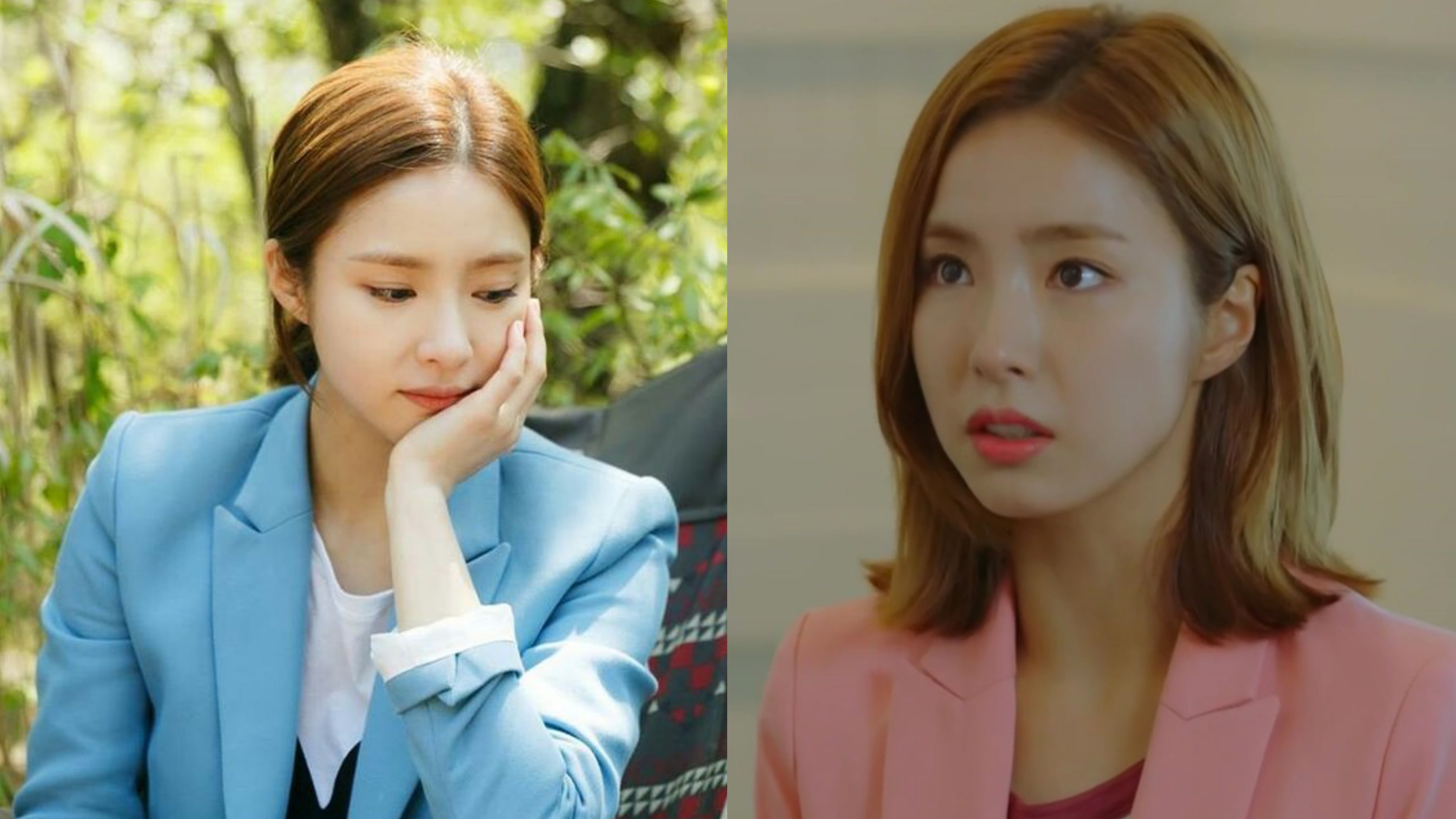 Shin Se Kyung may portray a psychiatrist whose clinic is failing to bring in clients and therefore suffering a mountain of debt — but that doesn’t mean she looks shabby. She still never forgets to look effortless and cool in semi-casual suits. Out of all the characters, her style is the most consistent: simple, practical, yet chic. 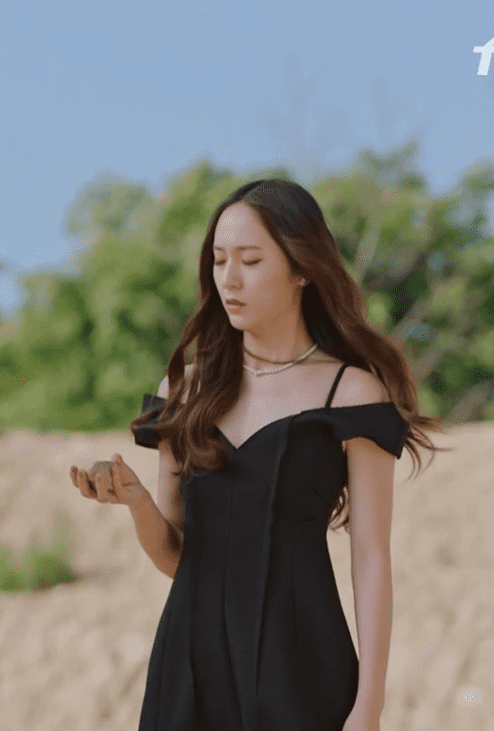 Moo Ra is the ultimate girl crush. You can’t hate on her even if she always gives people death glares and has a diva-like attitude. Krystal rocks the goddess look whether her character is in the human world as a famous actress or in the realm of gods. She oozes with confidence and her clothes are divine! No pun intended. 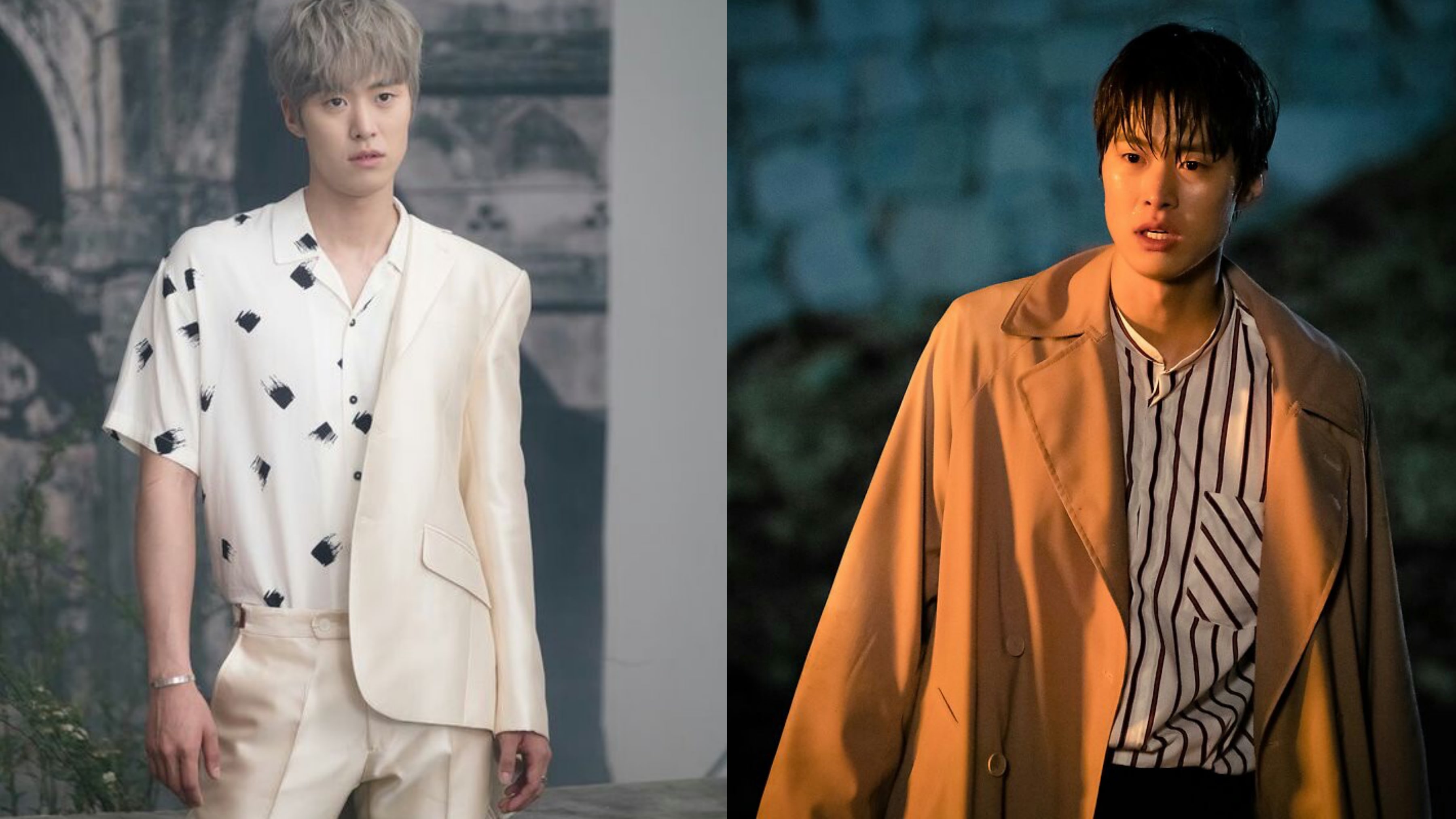 Same thing can be said about Gong Myung, who looks like a K-pop idol/manhwa character come to life. We can’t tell how many times he changed his hair color. And no matter how odd his outfit choices can be, he pulls it off well. You can check out his other cool styles here. 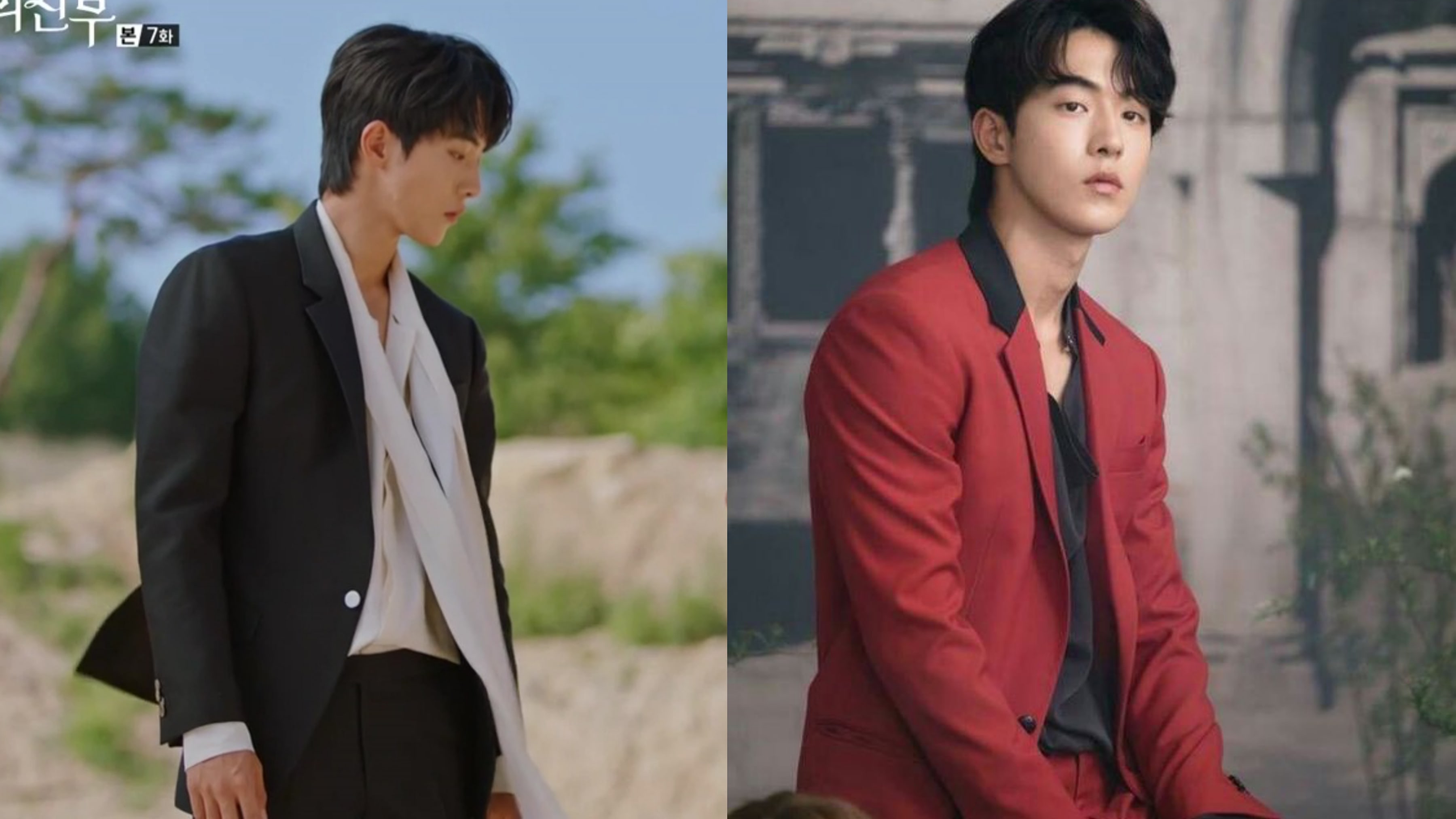 As for Nam Joo Hyuk, well, it’s no question that this model-turned-actor can look good in anything; whether he’s dressed in an ancient Greek-inspired toga or a velvet suit in the heat of the summer. His suits are modern, but they also seem to have been made in references to royal garb, like he’s a prince from Italy or something.

You can watch out for special cameos 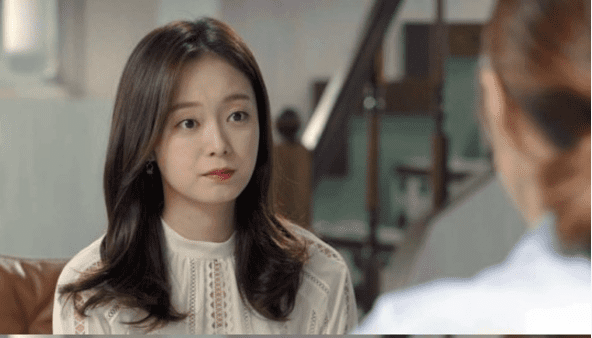 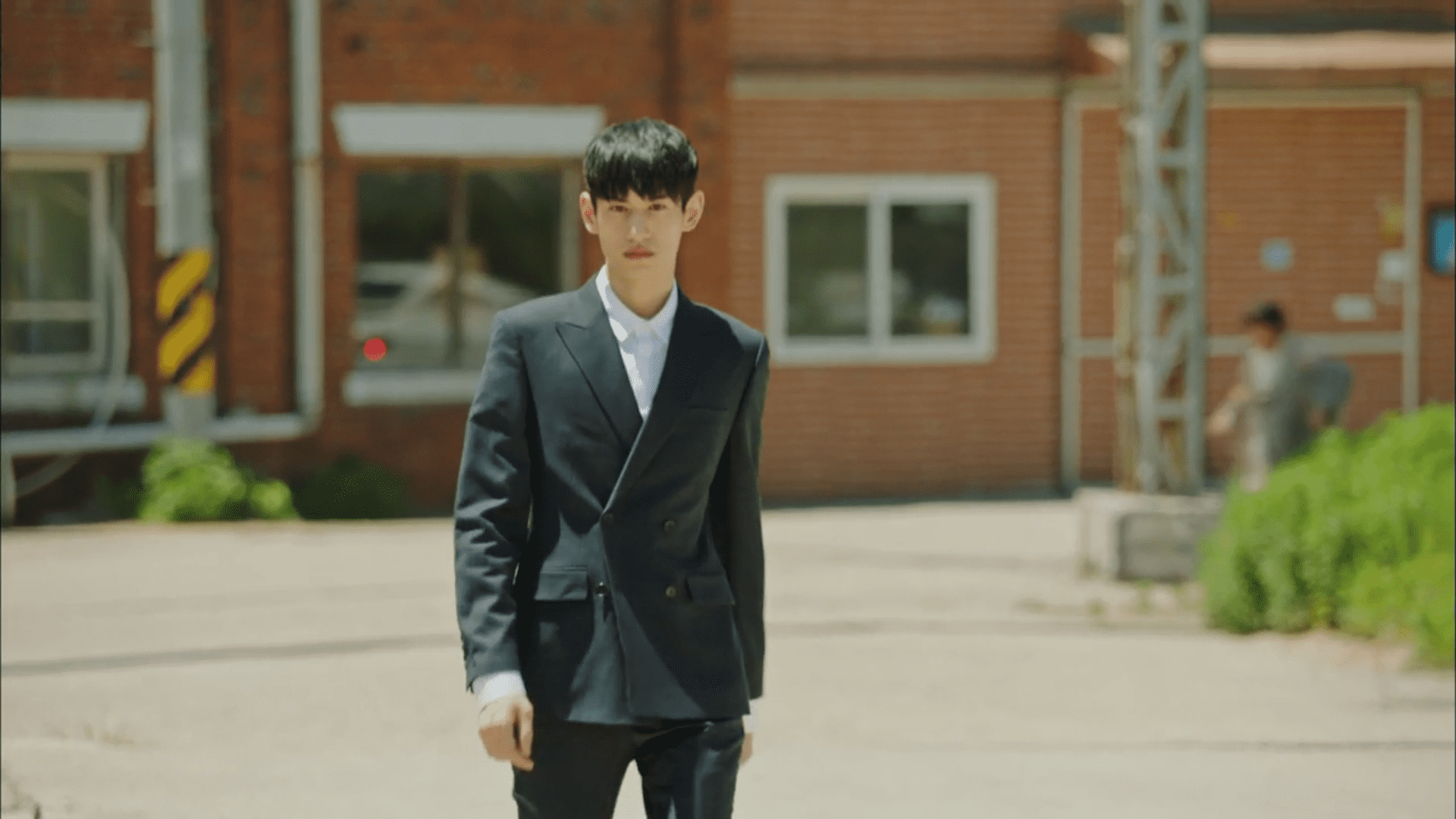 High fashion model Kim Tae Hwan as a minor god. He also starred in the Chinese production “My Amazing Boyfriend.” 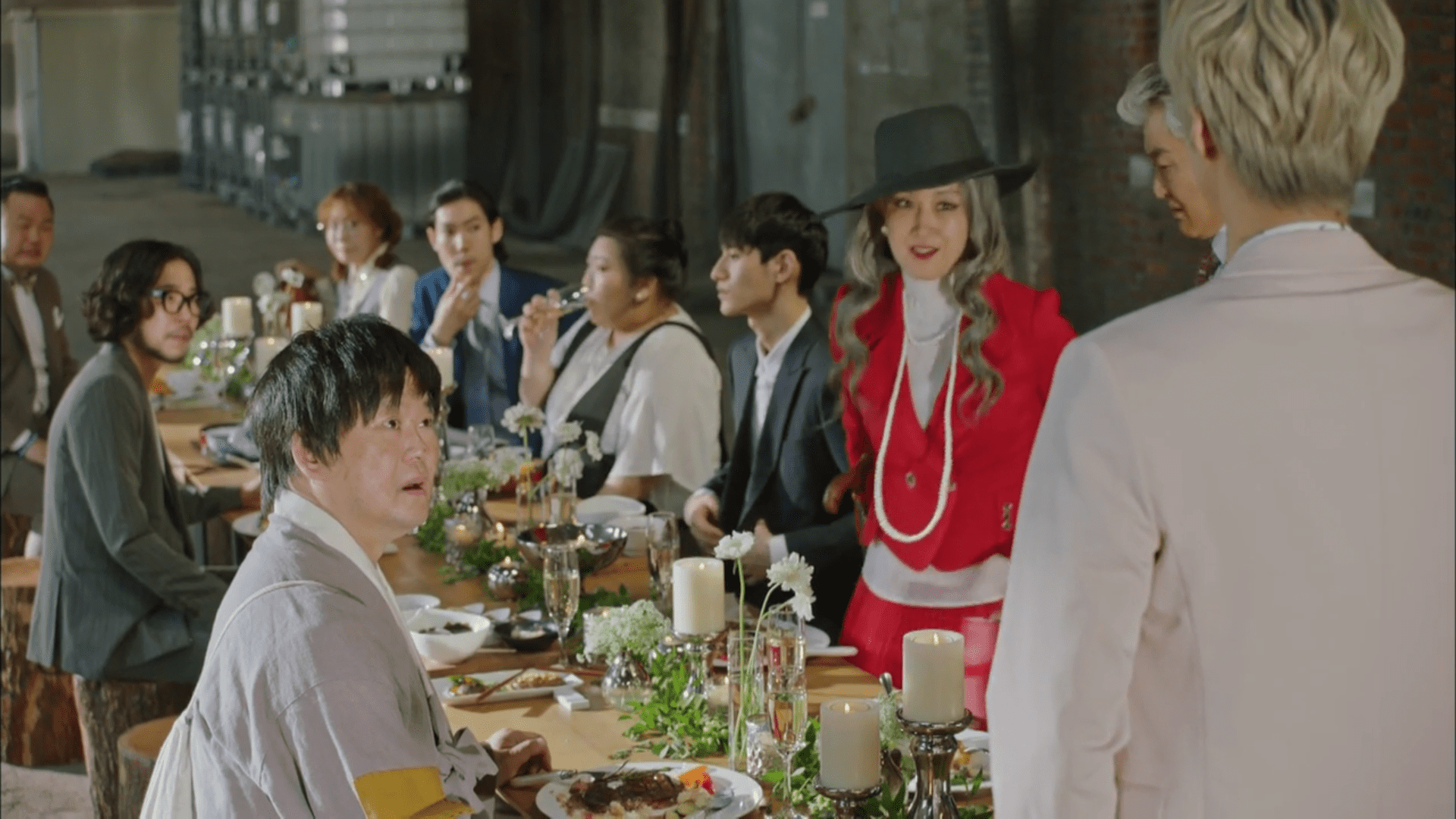 A gathering of the minor gods.

The main leads will give you all the feels

It’s interesting to watch Habaek and Soo Ah do a push and pull of sorts while they question whether their relationship is one between a slave and a god or something deeper. From the long stares, to the dramatic acts of saving, and all their cute moments, perhaps what they have is something more powerful than the elements of earth, wind, water, or fire. It’s something that even a god cannot control — love.

Catch the first episode of “Bride of the Water God” below!

Hey Soompiers, have you been watching “Bride of the Water God”? What do you like about the drama so far? Let us know in the comments below!